The second-largest segment of recent refugees to Missoula comes from one of the world’s fastest-emptying nations. That those attempting to flee Eritrea have to dodge troops at the border with “shoot to kill” orders only underlines 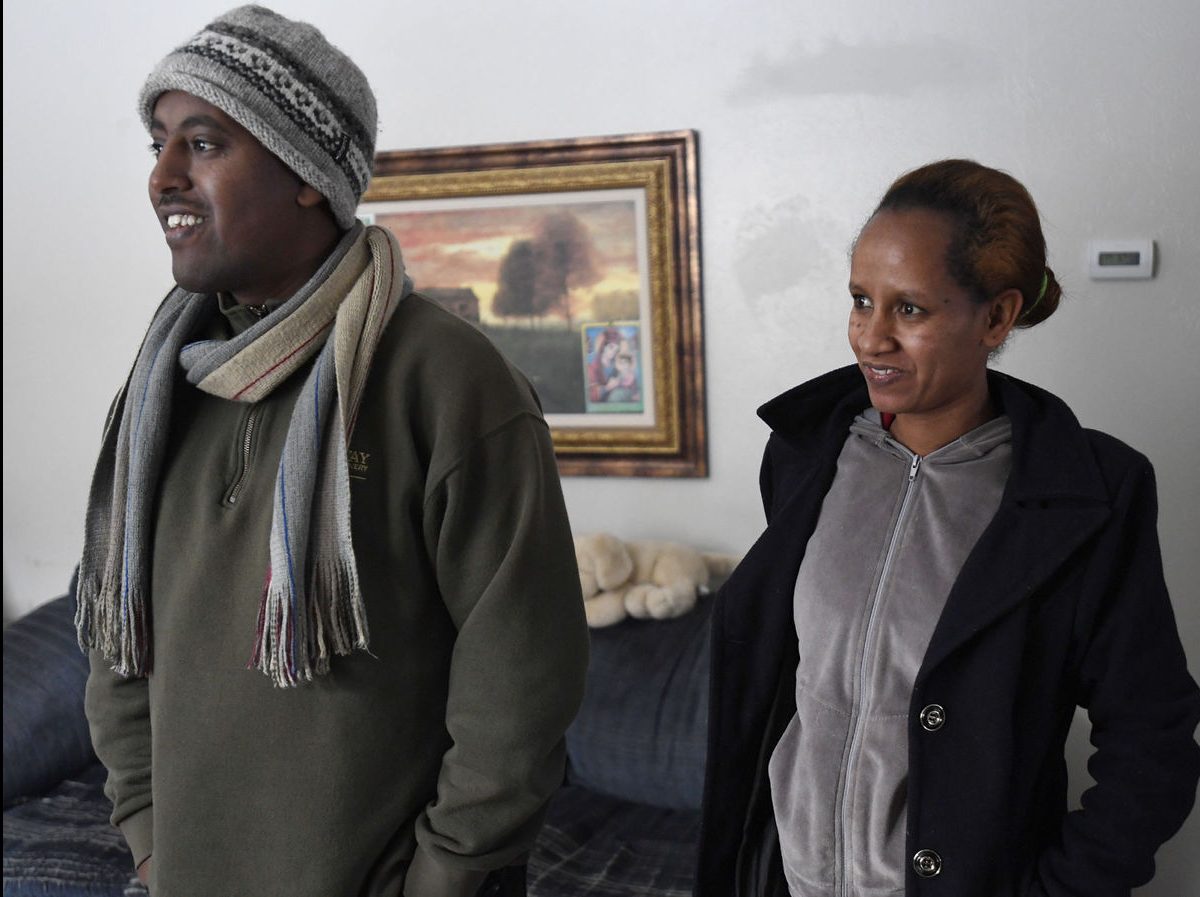 The second-largest segment of recent refugees to Missoula comes from one of the world’s fastest-emptying nations.

That those attempting to flee Eritrea have to dodge troops at the border with “shoot to kill” orders only underlines the desperate, despotic conditions in the northeast African nation on the Red Sea.

A one-party government jealously guards the independence it gained from Ethiopia in 1991, two experts from the Horn of Africa’s war-torn region told a crowd of 200 Wednesday evening at the University of Montana’s University Center Theater.

“Eritrea has a program of national service whereby the Eritrean population less than 50 years of age are obliged to serve in the military,” said Solomon Gofie, a visiting adjunct at UM from Addis Ababa University.

Though intended to last just 18 months, national service can extend for decades, at the discretion of the government.

“There’s no way they get out,” Gofie said. “After doing the (military) services, the government orders them to construct boats, to engage in projects like mining or manufacturing. It means the chance of a young Eritrean man or woman going freely after the service is almost nil. Authorities have to decide when one has to be set free. The family and the community don’t have any say on that.”

“Often, way into their 50s, they’re still being paid $10 a month for their service in the military,” said Kimberly Maynard, a UM Mansfield Fellow in International Affairs who spent 20 years in conflict zones in northeastern Africa and works part time for the United States Agency for International Development.

Since winter arrived in November, Missoula has become home to seven Eritrean families who found refuge first in Ethiopia or the Mediterranean island of Malta after sneaking out of their home country. They’re outnumbered only by those from the Democratic Republic of the Congo, who began arriving in August.

Gofie said hopes were high for a progressive future when Eritrea, the former northern province of Ethiopia, earned its independence in 1991. Its status as a nation was officially recognized by the United Nations in 1993.

But Isaias Afwerki, the enigmatic guerrilla leader who became the nation’s first president, remains in power. Eritrea, a small nation with between five and six million people, has lost half a million of those people prohibited outmigration, Maynard said.

The country has never held an election nor ratified a constitution. A United Nations commission has said the system of forced labor and other alleged human rights violations may constitute crimes against humanity.

“One of the challenges is the ability to get information out of Eritrea,” Maynard said. “There is no foreign aid organization, no humanitarian organization, and the media is very, very controlled. It’s only internal media, there’s no foreign media. So it’s hard to get numbers.”

What knowledge the outside world acquires of conditions in Eritrea comes mostly from those who’ve fled, she said. But even that avenue is unreliable as their access to in-country information is limited. Many fear reprisals against family and friends back in Eritrea who helped fund their escape.

War with Ethiopia in 1998-2000 resulted in nearly 100,000 deaths on both sides and devastated the Eritrean economy. Although there was a peace accord at the end, that didn’t solve the hostilities between the two countries, Gofie said.

Eritrean officials accuse the United States of siding with Ethiopia, and while there’s a “chief of mission” in the U.S. embassy in the capital of Asmara, a position Natalie E. Brown assumed last fall, an ambassador is not allowed.