ERITREA: WHY I AM FED UP, BUT I WON’T GIVE UP! By Michael H. Kiflezghi

ERITREA:  WHY I AM FED UP, BUT I WON’T GIVE UP!   By Michael H. Kiflezghi   I will be brief because that is how most of you want it. When it comes to disappointments, Eritreans have them in plenty. 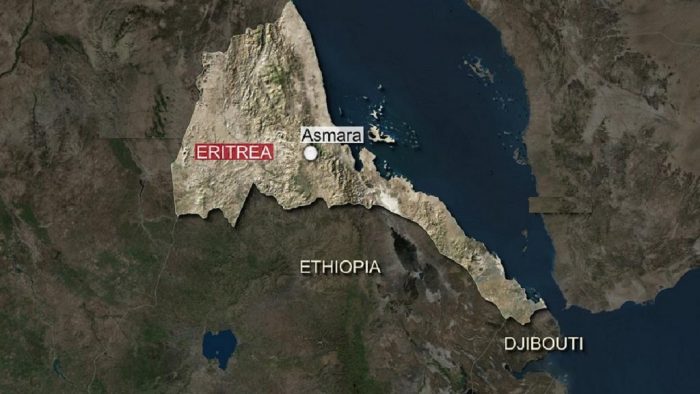 I will be brief because that is how most of you want it. When it comes to disappointments, Eritreans have them in plenty.  But, this is not the time to rub salt into the open wounds of our people.  However, I must confess that, as of late, I have particularly felt the pain – and I have been tempted to give up on Eritrea altogether.   From what I have observed, some foul mouthed and irresponsible  Eritreans might as well say: “Deservedly so!” – without having the slightest clue what I am talking about. I will explain.

I am one of the members of the New Eritrea Movement that recently published in www.archive.assenna.com a long article entitled:  “A Call for President Isaias to Resign”. We thought that we were helping.  The process of researching the substance of the  article, assembling the details and putting them in a readable style was not easy.  It required a lot of time, hard thinking, consultation and writing and rewriting – and all this was done by professionals who have very little time to spare.

However, only very few of those who cared to comment on the article such as Prof. Araya Debessay and two or three others seemed to really  understand the substance of what was being said and kindly seemed to give credit where due.  For the large majority, there is an Eritrean saying that will explain it:  “Kab zekoleskus, idey tenekesku!.”  It is now clear that we more or less wasted our precious time on a fruitless exercise.  There is a verse in the Bible which says:  Don’t “cast ye your pearls before swine, lest they trample them under their feet and turn again  and rend you.” (Matthew 7,6)

Anyway, did we think that Isaias Afwerki would resign simply because he received a letter from a group of people (however distinguished) to resign from office for he failed the Eritrean people miserably, betrayed their trust and, more importantly, crushed their psyche and will to fight for their rights?   Certainly not? But again, who can say with absolute certainty provided that the request is made properly.  Were we delusional to forward the suggestion?  We believe that we  understand how the mind of Isaias works, and we have been closely observing him for many years more than almost all our critics   We, therefore, cannot be accused of being naïve, or delusional or even mad.

As we explained near the end of the article, our hope was that even if he refuses to resign, we would still be the winners – because the request would be a formal recognition by one and all that the presidency of Isaias Afwerki has failed and that we desire a new beginning – and quick.  It is one thing to say “Resign and Go!” in a distant demonstration (as has been done in numerous demos over the years) and in disparate ways (as did the late Dr Vacaro, rest his soul).  It is another thing to state it formally in public and in the midst of the world media by highly respected  Eritreans many of whom  recognized by the dictator.   We thought that even if it doesn’t precipitate in something substantive immediately, it would galvanize the opposition, and if lady luck helps, the combination of circumstances might result in something unexpected.  This is only one possibility.  What else can be done under the circumstances – really!

We do not wish to go into details, but there was an element of desperation in forwarding the suggestion in the first place. The best thing is to march into Asmara with a band of armed men and occupy the National Palace.  But, is that really possible? What the readers do not know is that we have been in the opposition for a long time without any aspiration for office for ourselves.  As Diaspora Eritreans, we have been active participants in numerous activities of various kinds to unseat the “President of Eritrea” who was put at an undeserved  pedestal with much adulation as the liberator of Eritrea by the people themselves.

We suspect that group of Isaias admirers might have included some of the present critics who might have been supporting Isaias just a few years ago.  They are now desperate, and want the violent overthrow of the regime.  They demand even an orgy of bloodbath.  We have had enough of death and destruction, and we would not advise it. Even then, these paper tigers probably have no viable clue how to forcibly remove Isaias Afwerki and what their role will be in it. We are saying this especially from our long time observation of Eritrean mindset in post-independence Eritrea.   There has been too much opportunism in our country.  Otherwise, our situation would not have been this bad.  Our troubles  would have been nipped in the bud long ago. Please do not be too cocky unless you plan to be an active participant in the forcible removal of Isaias Afwerki – and you should even be prepared to sacrifice yourselves in the process if need be.

This is not an attempt to blame the Eritrean  people:  as they say, for now if they could, they would, but they can’t!  Eritreans are in retreat from themselves. This led us to the conclusion that the roots of our problems are much deeper and unless we understand them, we won’t find workable solutions for our problems.  The article we presented was meant to be a partial answer to that.  Did we succeed in our mission?  We leave that to you to judge.  But, we are sure of one thing:  the article has many useful ideas that could be made use of.  Unfortunately, the baby seems to have been thrown away with the bathwater, as they say.  How many of you recognized the benefit in understanding the psychological profile of the dictator?  How many of you recognized the need for a cultural revolution in Eritrea which was suggested in the article?  How many of you really read the article properly or even read half of it?  Many of you are looking for easy answers.  We, therefore, ask what are you doing to be a part of the solution?  Or rather, are you just looking after yourselves and using the extra time you have to read articles as entertainment and at times try to discourage those who are trying to do something about it?

Alas, does it give pleasure to dismiss an idea even without understanding it?  Maybe this is a part of the Eritrean culture which we need to change.  This is why many wise educated Eritreans who can do a better job than us tend to refrain from active participation in such matters.

From among those who commented, very few of you seem to have appreciated the value of what was said in the article although, we know, you did not agree with us entirely.  We thank you for your time and understanding.  In fact, it is reassuring to find out that there are such rare Eritreans in our midst.

I would personally say that I am really fed up,   but I won’t give up.  Allow me to use the old motto of our youth:  Aluta Continua!!