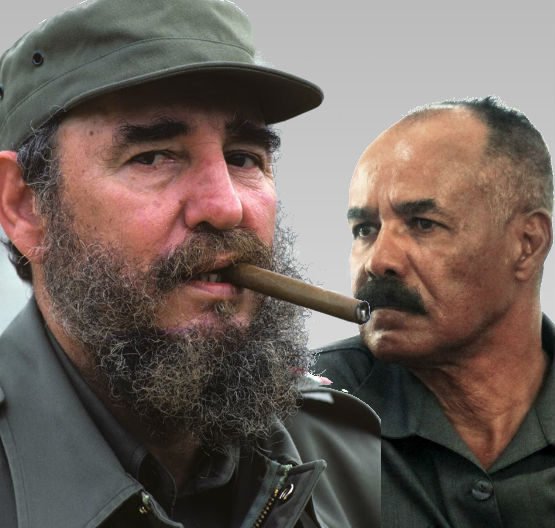 Eritrean leader Isaias Afewerki wants critics to compare his country with late Fidel Castro’s Cuba and resents comparison with Kim Jong Un’s North Korea. But judging by Eritrea’s objective conditions, Isaias doesn’t look like the more jovial, sociable and friendly Fidel Castro (whom I once had the chance to interview as a radio journalist) who had less problems with his neighbors other than ‘imperialist’ America, of course.

While torturing, jailing and banishing his opponents, the Cuban tyrant enjoyed his revolution intensely and passionately. He once compared it to a man making violent love to his sweat heart – an act which, he thought might appear and sound disgusting to anyone looking in through a door key-hole although the lovers inside might feel they are in heaven.

Certainly, Isaias and his team can’t claim they are anywhere which remotely resembles to what we think is heaven as the country is surrounded by hostile neighbors, its soldiers are fleeing every day, many of its people suffer from drought caused food shortages. Even worse, the government is under rough and debilitating UN sanctions and there is the possibility Isaias and some of his aides might be indicted by the International Criminal Court for alleged crimes against humanity.