By Tesfa-Alem Tekle March 4, 2016 (ADDIS ABABA) – Eritrean government has released dozens of Ethiopians who were recently abducted by a group of armed men from Eritrea, sources told Sudan Tribune on Friday. The kidnapped Ethiopians 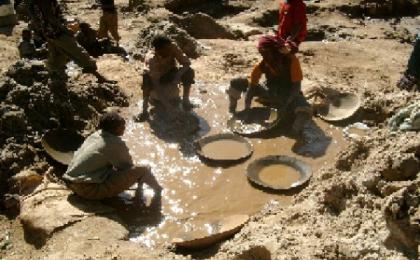 March 4, 2016 (ADDIS ABABA) – Eritrean government has released dozens of Ethiopians who were recently abducted by a group of armed men from Eritrea, sources told Sudan Tribune on Friday.

The kidnapped Ethiopians were freed only a few days after Addis Ababa warned to take retaliatory measures in response to the cross-border kidnappings that were carried out in the northern Tigray region bordering Eritrea.

Recently, a group of armed men dressed in the Eritrean army uniform crossed borders to Ethiopia and forcibly kidnapped over 80 Ethiopian miners who were searching Gold near the Eritrean border.

The kidnappers took the hostages to Eritrea on foot and killed two of them who tried to escape.

A government source on Friday told Sudan Tribune that Sudan, which has excellent ties with Eritrea, had played an important role in freeing the Ethiopians captives.

It said the kidnapped Ethiopians were released following Khartoum’s mounting pressure exerted on President, Isaias Afeworki, and his government.

According to the source, the group of the Ethiopians returned home via Sudan. Motives behind the kidnappings are not yet clear but people who spoke to Sudan Tribune are demanding answers from the Ethiopian government on whether the government will be committed in future to protect the gold miners and others working near the shared border.

This is not the first time such a kidnapping incident happened in the area. In 2012, Eritrean soldiers similarly crossed border into Ethiopia and kidnapped over 100 miners in the region.

Ethiopia has routinely accused arch-rival Eritrea of orchestrating a number of cross-border attacks carried out in its soil, an accusation Asmara has been denying.

The horn of African nation had previously carried out attacks on targets inside Eritrea to what Addis Ababa said was a proportional measures to Eritrea’s continued aggression including the cross-border kidnappings targeting foreign tourists.

In 1998, the two neighbours fought a two-year long war over their disputed border which has claimed the lives of at least 70,000 people.

The dispute over their border remains unresolved and forces of both sides regularly engage in lower-scale skirmishes.

Eritrea split from Ethiopia in a referendum conducted in 1993 after decades of civil war.