When Kenya hosted the 2009 regional Cecafa Senior Challenge Cup, 12 members of Eritrean team disappeared from their hotel rooms after the tournament. Nobody spotted them again. The same trend was repeated in 2011 in Dar 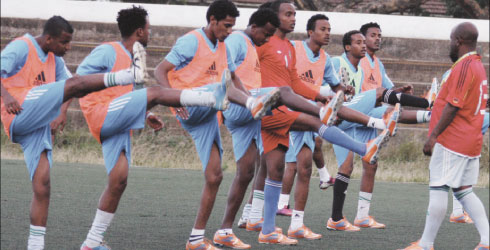 When Kenya hosted the 2009 regional Cecafa Senior Challenge Cup, 12 members of Eritrean team disappeared from their hotel rooms after the tournament.

Nobody spotted them again. The same trend was repeated in 2011 in Dar es Salaam, where another set of 13 players sneaked out, never to return to their rooms or board the plane back home in Asmara.

In Kampala in 2012, another 17 members of the Eritrea team left their hotel and went to the government offices in the capital to seek asylum, which they were granted.

However, head coach Omar Ahmed has ruled out any member of his team going the same path as Nairobi hosts the tournament starting Wednesday.

“It is embarrassing, but the reality of the matter is that those problems of players sneaking out from the team camp is a matter of the past. We have talked about it and resolved to remain together and fight like a team,” Ahmed said here on Monday.

Eritrea is among the 13 teams that will be playing in this year’s Council of East and Central Africa Football Associations (Cecafa) Senior Challenge Cup, the continent’s oldest competition. Others are Zambia, who won the Africa Nations Cup in 2012, Kenya (hosts), Zanzibar, Tanzania, Uganda, Rwanda, Burundi, Djibouti, Somalia, Sudan, South Sudan and Ethiopia.

However, mass defections by Eritrean players are becoming common occurrence, as the country is one of the world’s most secretive states ruled by a reclusive president.

“There is a sense of unity between the players and the top leadership in regard to what we want in this competition. What happened before is behind us now. The focus is on what we can achieve in this competition and bring glory and pride to our country,” said Eritrean coach.

But the Kenyan authorities have beefed up security and are not leaving anything to chance as they monitor the teams and Eritrean players will be one of the squads that will be closely monitored.

Tournament Director Gerald Chege said Kenya Police Commanders in charge of security in Nairobi, Machakos and Mombasa, the cities and towns where the tournament will be played, are on the alert to deter any repeat disappearance or any form of attack on the teams entourage while in the country.

“The security details agreed to mobilize all resources at their disposal to ensure all match days are secure. Teams will be secured to and from match venues. Team hotels will be out of bounds for unaccredited persons,” said Chege.

Teams have already started to arrive with Somalia being the first to touch down. Eritrea and South Sudan arrived on Sunday.