THE ASSOCIATED PRESS THE HAGUE, Netherlands -- The mayor of a small Dutch town says a group of former Eritrea nationalteam footballers who went missing after a tournament in Uganda in 2012 and sought asylum is now living in his town. Gorinchem Mayor Anton 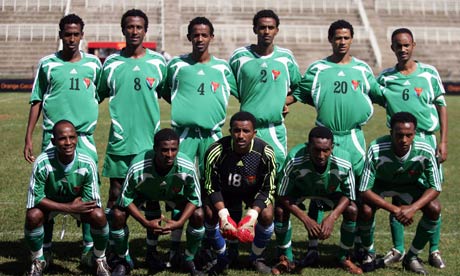 THE HAGUE, Netherlands — The mayor of a small Dutch town says a group of former Eritrea national

The group of 17 players and their team doctor

disappeared in December 2012 after being eliminated from the east and central African CECAFA Cup.