By Kennedy Langat Eritrea will not participate in this year’s 38th edition of the CECAFA Senior Challenge Cup which is scheduled to start on the 22st of this month in Addis Ababa, Ethiopia. CECAFA Secretary General Nicholas Musonye said all 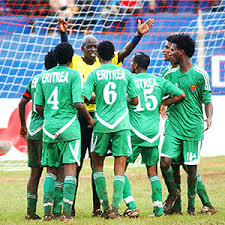 Eritrea will not participate in this year’s 38th edition of the CECAFA Senior Challenge Cup which is scheduled to start on the 22st of this month in Addis Ababa, Ethiopia.

CECAFA allegedly banned Eritrea from taking part in the annual regional tournament after 24 Eritrean nationals vanished in Kenya during the 2013 edition held in Nairobi.

Last month the head coach of Eritrean national soccer team along with ten players disappeared from their hotel after participating in a World Cup qualifying match in Botswana.

The players were later found and granted asylum by government of Botswana after claiming they could not return home since their lives were in danger.

However CECAFA Secretary General has not confirmed whether Eritrea’s withdrawal was due to the ban.

Meanwhile, Musonye has confirmed that a number of teams outside the region including Malawi have expressed interest in taking part in this year’s edition.

The annual tournament did not take place in 2014 due to lack of a host as Ethiopia pulled out at the last minute due to sponsorship challenges.

Kenya’s Harambee Stars are the defending champions after beating Sudan 2-0 in the 2013 edition held in Nairobi.

Uganda has won the regional tournament a record 13 times.

Kenya and Ethiopia has won the trophy five and four times respectively.