Egyptian President Abdel Fattah al-Sisi pledged on Thursday not to let differences over a dam Ethiopia is building on the Nile river ruin relations with Addis Ababa. Ethiopia hopes the hydroelectric Grand Renaissance Dam will make 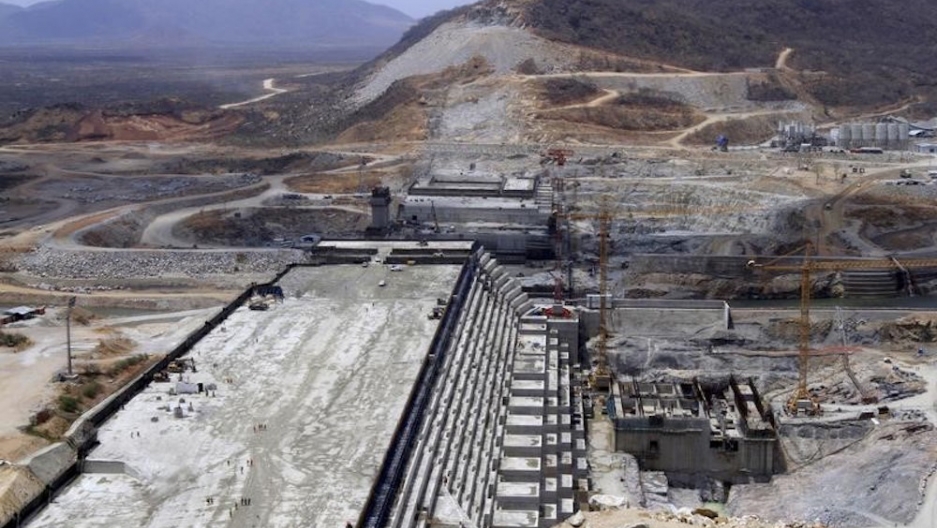 Egyptian President Abdel Fattah al-Sisi pledged on Thursday not to let differences over a dam Ethiopia is building on the Nile river ruin relations with Addis Ababa.

Egypt says it threatens its water supply which relies almost exclusively on the Nile that runs from Ethiopia through Sudan and Egypt to the Mediterranean Sea. Addis Ababa says it will have no impact.

Sisi said negotiations with its two African neighbors were progressing and said a deadlock over a disputed, ongoing study on the dam’s impact must end.

“The Nile basin enjoys great resources and capabilities that makes it a source of interconnection, building and development,  not a source of conflict,” Sisi told reporters after meeting Ethiopia’s prime minister, Hailemariam Desalegn, in Cairo.

Hailemariam echoed his comments: “We must make sure that this great river never becomes an object of competition, mistrust or conflict.”

In December, Egypt said it had suggested to Ethiopia and Sudan that they all call in international experts to help settle a dispute on an Ethiopian dam project on the river Nile.

But Egypt’s Foreign Minister Sameh Shoukry said at the time they had not managed to reach a breakthrough since the three nations last met in November.

“From a practical perspective, we have to recognize that technical deliberations … have not (yielded) sufficient results to enable the process to move forward,” Shoukry told journalists after the December meeting in Addis Ababa.

Countries that share the river have argued over the use of its waters for decades – and analysts have repeatedly warned that the disputes could eventually boil over into conflict.

Sudan and Ethiopia say Egypt has refused to accept amendments that they had put forward to the environmental report.

Another source of disagreement is whether Ethiopia should be allowed to complete construction of the dam before the negotiations over ensuring water flows have finished.

Egyptian officials say this would violate an agreement signed by all three countries in 2015 meant to ensure diplomatic cooperation.