Defiant Trump confirms US will recognise Jerusalem as capital of Israel

Donald Trump has defied overwhelming global opposition by declaring US recognition of Jerusalem as the capital of Israel, but insisted that the highly controversial move would not derail his own administration’s bid to resolve the Israeli-Palestinian 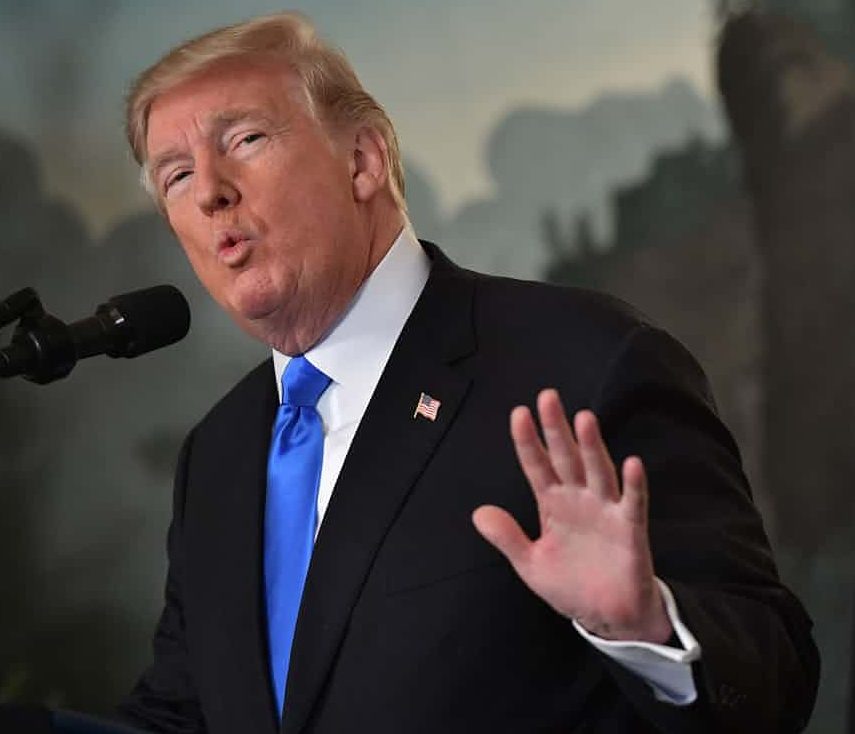 Donald Trump has defied overwhelming global opposition by declaring US recognition of Jerusalem as the capital of Israel, but insisted that the highly controversial move would not derail his own administration’s bid to resolve the Israeli-Palestinian conflict.

In remarks delivered in the diplomatic reception room of the White House, Trump called his decision “a long overdue” step to advance the peace process. 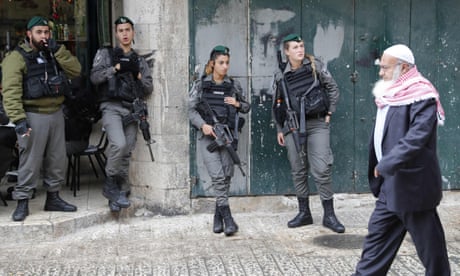 Across Jerusalem divide, there is deep anxiety about Trump move

“I have determined that it is time to officially recognize Jerusalem as the capital of Israel,” Trump said. “While previous presidents have made this a major campaign promise, they failed to deliver. Today, I am delivering.”

Trump said: “All challenges demand new approaches. My announcement today marks the beginning of a new approach to the conflict between Israel and the Palestinians.

The president said that the US remained committed to a two-state solution, and insisted that he was not dictating how much of Jerusalem should constitute Israel’s capital – leaving open the possibility that East Jerusalem would be the capital of a future Palestinian state.

Trump said “we are not taking a position on any final status issues” of which the fate of the holy city is one of the most emotive, and that it would be up to Israelis and Palestinians to negotiate boundaries.

“The United States remains deeply committed to helping facilitate a peace agreement that is acceptable to both sides. I intend to do everything in my power to help forge such an agreement.”

He went on: “There will of course be disagreement and dissent regarding this announcement – but we are confident that ultimately, as we work through these disagreements, we will arrive at a place of greater understanding and cooperation.”

White House officials have said that there would be no immediate move of the US embassy, as it would take at least three years to plan and build new facilities in Jerusalem.

Meanwhile, the embassy will remain in Tel Aviv and Trump would continue to sign six-monthly waivers to the Jerusalem embassy act of 1995, in which Congress demanded an immediate move and threatened to take punitive measures against the state department’s budget until it was carried out.

Trump’s decision has been denounced around the world as a destabilising move in an already tense and turbulent region. A Palestinian envoy called it a “declaration of war” and protests are planned in the Palestinian territories.

Pope Francis has called for Jerusalem’s “status quo” – by which it has been treated as a special territory outside state sovereignty – to be respected, warning that it could further inflame world conflicts. China and Russia also expressed concern the plans could aggravate Middle East hostilities.

Israel’s government rushed to congratulate Trump for the speech. President Reuven Rivlin said: “The recognition of Jerusalem as the capital of Israel, and the relocation of all embassies to the city, is a landmark in the recognition of the right of the Jewish people to our land, and a milestone on our road to peace – peace for all the residents of Jerusalem, and the whole region.”

But in a social club in the heart of Jerusalem’s Shuafat refugee camp, young Palestinian men grew increasingly angry as they watched the speech.

“This is shit. This is shit,” a man called Abu Atya told the Guardian in English. “He’s just said Jerusalem is the capital of Israel! This speech is going to cause big trouble.”

Another man, Hamdi Dyab, grew incredulous and increasingly agitated as he watched the speech, translated into Arabic on a Palestinian television channel.

“He’s saying he’s going to move the embassy,” he said. “This is very dangerous speech. Things don’t look good. We are calling for a new intifada.”

Earlier, Sheikh Abdullah al-Qam, the coordinator of a Jerusalem committee representing Palestinian factions in east Jerusalem – and a leader during the first intifada – also delivered a stark warning.

“This will harm America because they present themselves as fair broker between Israelis and Palestinians,” he said. “This will only encourage extremism. It will encourage Isis. Over one billion Muslims are asking why he is taking this step.”

Trump’s son-in-law and adviser, Jared Kushner, has been talking to Middle East leaders over the past 10 months, with the aim of putting together a new peace plan early next year. Kushner is known to be close to the Saudi crown prince, Mohammad bin Salman, who has also sought to break with precedent and tradition in his country’s foreign policy.

It remains unclear how far Prince Salman is ready to go to break with traditional Saudi policy of support for Palestinian aspirations of an independent state with a capital in East Jerusalem.

The Jerusalem decision divided the Trump administration, with Vice-President Mike Pence and the US ambassador to Israel arguing for the move, and the secretaries of defence and state, James Mattis and Rex Tillerson fighting a rearguard action against it because of its potential disruptive impact. Trump is reported to have decided to go ahead to fulfil an election campaign promise and satisfy his core support among evangelical and conservative Christians.

At present, 86 countries have embassies in Tel Aviv, none in Jerusalem.