Death by ignorance or death through age: The Ethio-Eritrean scenario

By Oboarada abashawl alias wolde tewolde October 13, 2015 In a matter of one month, three celebrities from Eritrea and Ethiopia have died reportedly by stroke. What is a stroke? Stroke is a collapse of the brain 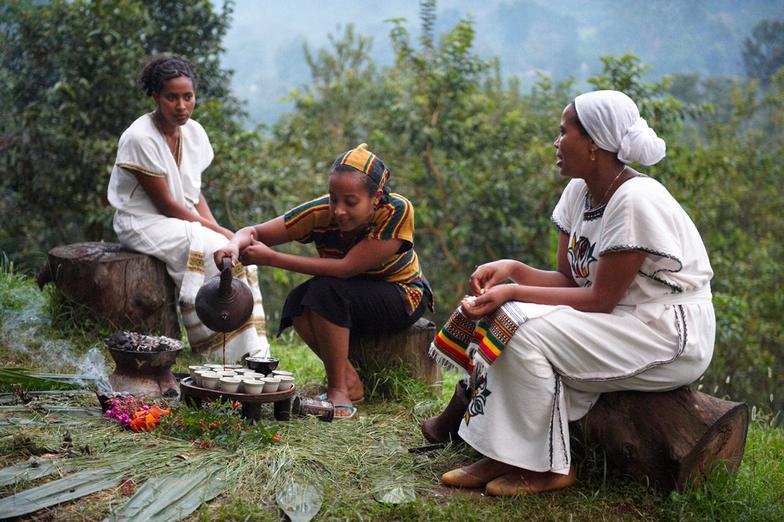 In a matter of one month, three celebrities from Eritrea and Ethiopia have died reportedly by stroke. What is a stroke? Stroke is a collapse of the brain caused mainly by blockage of blood to the brain. There are four types of stroke. The Ethiopian or Eritrean Community are unaware of such strokes. More so they are even more ignorant of the various types of cancer. Some statistics suggest that there are some forty types of cancerous situations. When my country men hear these data, I know they will be surprised as I was myself

On October 1st 2015, I was struck with a stroke and I stayed in the hospital for three days and nights. During these three days, I have learned about stroke and I want to share it with my countrymen of Ethiopia and Eritrea.

Some six years ago, I was admitted voluntarily for a heart surgery. It was successful and I am Okay up to now but now I am struck with a stroke. This time it was not voluntary to go to a hospital, I was forced by an emergency squad. The 911 call was made by my longtime political partners.  It was timely and appropriate and I am indebted to them to save my life for the long haul for political and life struggles.

As we all remember from school learning, man or woman can survive without oxygen for 3 minutes. The window of opportunity for stroke is fifteen minutes and if we cannot get help within this time frame, we will be dead, or partially or fully paralyzed. Most Eritreans or Ethiopians die or become paralyzed as a result of this basic lack of knowledge. There are signs that indicate about oncoming stroke. The American public is informed about such signs and it is their public duty to call 911 when they see somebody with stroke signs. It could be in any public or private arena. The Ethio-Eritrean Community on the other hand do not see eye to eye. It is partly because of cultural practice or political differences. At home they used to help each and one another but not in America. With the case of stroke though, it is because of lack of knowledge and not of other given reasons. If the Eritrea-Ethiopian Community desire not to die and be paralyzed, then they should be with somebody all the time, if need be they should be married, have roommates or remarried if need be. They should not be alone especially in Diaspora. Their cultural heritage does not allow them to be alone. They have to drink coffee together, they have to eat enjera and watt together and have to dance and sing together.

So what is the cause of the three celebrities who died in Washington DC, in London and in Addis Ababa?   And who were these personalities? They were Ato Mulugheta Lule, a veteran journalist; Ato Zewdie Retta, an author; and Abesellom Yihdego, a business man. Although I don’t know the manner in which their death occurred, I know some of their stresses that could have triggered to their untimely deaths.

Ato Lule has a long history of attempting to inculcate nationalism in Ethiopia. I always tease him by mentioning of his TV show while I was in High School trying to educate via his program of ‘B’HERAWI S’MET’. That mission has not been realized. It may be due to his clandestine nature of modes operandi. He has read too much Shakespearean and Russian literatures not compatible with the literature of the Ethiopian Revolution. In lieu of his participation in the Ethiopian Revolution, he associated himself with The DERG officially and clandestinely with the true Eway Revolution of the two Tsegaye G. Medhins by adopting their names as pen names of his nom de guerre. I have appealed to him to come forward openly to differentiate the steps taken by DEBTERAW and the LAUREATE Tsegayes. By doing so, I had hoped that Ethiopia’s progress would resonate with either Tsegayes’ methodology – a methodology of creativity versus copycat. By the way this argument was made between Haile Sellasie and Ras Kassa and still we are not sure where we are heading or why we are heading. It is always a mystery surrounded by the Blue Nile and the Red Sea. It is time to unravel this mystery of water and sea. Even Zenawi galvanized the mystery by naming Grand Renaissances for Ethiopia. It is all an illusion.

As to Zewdie Retta, author on Eritrea, about Haile Selassie and his government, he has done a wonderful account of events and personalities. He died with all his information, knowledge and wisdom shared and will pass to the next generations as a reference. We deeply appreciate that. We also encourage others to do the same. On a brief note, though, I would like to mention one incident with the author. It was during the signing of his book of Haile Selassie’s biography that was held at Sankofa book shop. There was a lady who was deeply enamored with Haile Selassie’s benevolence. She argued that people loved him to death and on my part, I said that once I was presented to Haile Sellasie to be awarded for school achievement and I desired to see his shoes but something clouded my vision. After that day, I concluded that he was feared by his subjects as was predicted or rumored at that time. So the question I raised to Ato Zewdie Retta was ‘Do you think Haile Sellasie as a leader was feared or loved; what is your assessment of him?”  I just wanted for the record of his assessment. He declined to answer but it could have saved the next generation to figure out between a loved and a feared leader. Again, we are missing balanced assessment of our heritage.

As to Abesallom, he was just a businessman. Some people claim that he is an ultra-nationalist of being an Ethiopian instead of Eritrean simply because he publicized his commercial activities of sports. He did not care of either being Eritrean or Ethiopian, his only concern was his deep pocket, no more no less. It is my duty and my right to speak to the truth because that is how we can be educated and progressed. The lies and counter lies is killing our communities and societies.

Having said that, let us pray that EGZIABHER will save their souls. As to dying with age, it is natural there is nothing we can do about it. We have just to accept it gracefully. Some of us will follow shortly and other will follow them. If these three personalities died of stroke, it is to be pitted for death by stroke is preventable.

The main reason why I wrote this article is to remind Ethiopians and Eritreans to watch each and one another. In other words, eye to eye contact is very important to save lives. We should not shy away from gazing into one’s eye because it may mean saving precious lives. It does not mean becoming an evil eye or Budda. This cultural practice should be abandoned. Even some scientists suggest that avoiding eye contact is a sign of autism.