A major appeal is being launched on Wednesday to help more than 16 million people facing hunger in east Africa. The Disasters Emergency Commission is calling for funds to scale up the response to drought in the region and prevent 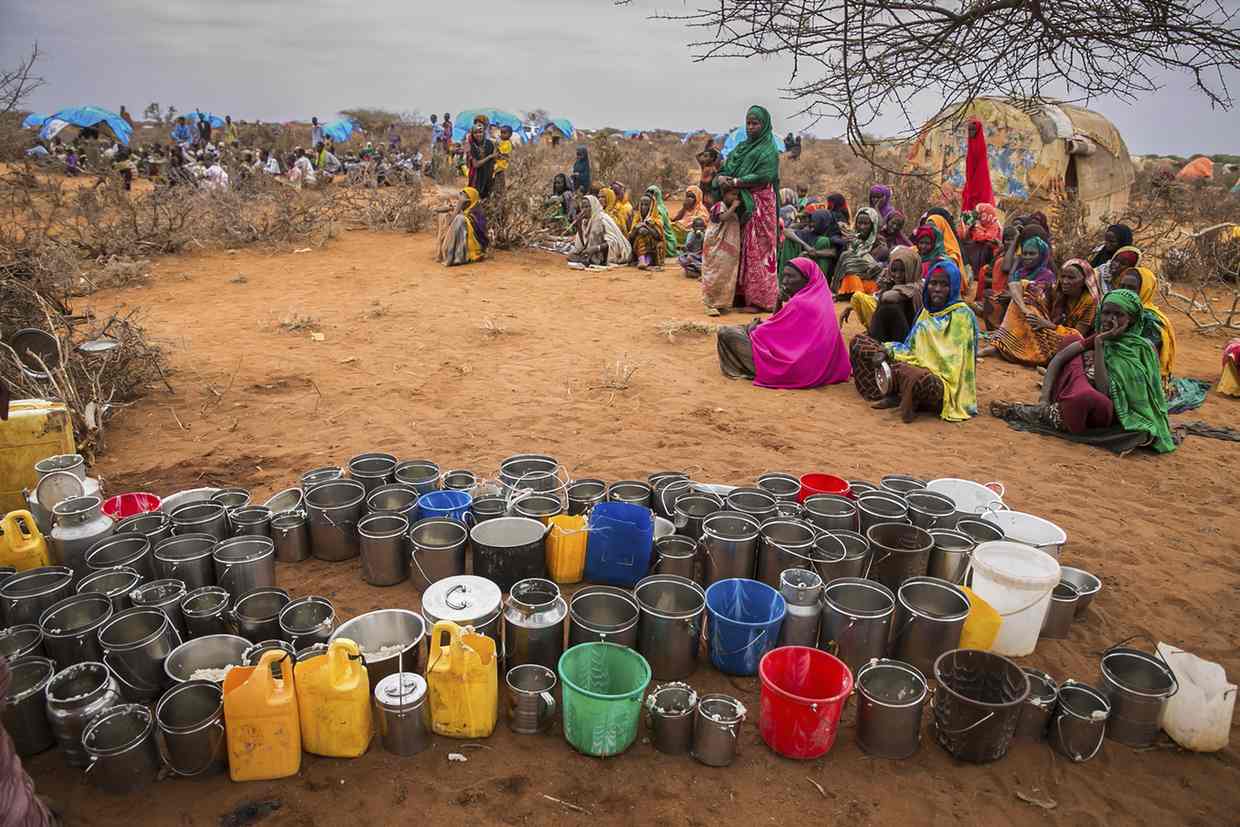 A major appeal is being launched on Wednesday to help more than 16 million people facing hunger in east Africa.

The Disasters Emergency Commission is calling for funds to scale up the response to drought in the region and prevent “hunger on a massive scale”, while aid agencies warn that “countless lives are at stake”.

Drought has been especially acute across Somalia, southern and south eastern Ethiopia, and northern and coastal Kenya. Central and southern Somalia has recorded only a third of the rainfall expected.

Famine has already been declared in parts of South Sudan. War and a collapsing economy have left 100,000 people facing starvation, while 4.9 million people, more than 40% of the population, are considered severely food insecure by the UN.

The UN has warned that Somalia is also on the brink of famine, with6.2 million people, more than half the country’s population, in urgent need of help.

Somalia’s president, Mohamed Abdullahi “Farmajo” Mohamed, has declared the drought a national disaster and called for urgent assistance. On Tuesday Somalis gathered in the capital, Mogadishu, to pray for rain. Around 110 people died as a result of hunger in the country at the start of this month, and urgent action is needed to stop a repeat of the famine six years ago, which the UN estimates claimed close to 260,000 lives.

In Ethiopia, the current drought hit the country before it could recover from the devastating effect of El Niño in 2015 and 2016, and more than 5.6 million peopleare in urgent need. Some $18.5m (£15m) has been released (pdf) from the UN’s Central Emergency Response Fund to provide support to those suffering from hunger, malnutrition and severe water shortages in the worst-hit region.

Stephen O’Brien, the UN’s emergency relief coordinator and under-secretary general for humanitarian affairs, said: “I was recently in Ethiopia’s Somali region, where I saw the devastating impact this drought is having on people’s lives, livestock and livelihoods. We must act. Time lost means lives lost.”

Kenya declared a national drought emergency last month, affecting 23 of its 47 counties. The government has projected that the number of people facing food insecurity will rise from the current 2.7 million to 4 million by April this year.

The UK government has said it will match-fund the first £5m donated by the public to the DEC appeal.

Save the Children said its health and nutrition clinics are reporting “all the early warnings signs” of an avoidable catastrophe, with deaths from cholera and acute watery diarrhoea rising sharply.

DEC’s chief executive, Saleh Saeed, said: “Hunger on a massive scale is looming. More than 800,000 children under five are severely malnourished. Without urgent treatment, they are at risk of starving.

“Unless we act now the number of deaths will drastically increase. ”

ActionAid’s head of humanitarian response, Mike Noyes, said: “This is yet another urgent wake-up call to the world. The need is huge and countless lives are at stake. People are already dying needlessly.

“Today, children are dying of hunger whilst their mothers watch in despair. The global community cannot stand by and let this continue. We do not understand why many rich countries are not reacting already.”

Reporting from Hargeisa, the capital of the state of Somaliland, Ben Quinn met Eid, aged 18 months. He is one of the thousands of Somali children suffering from severe malnutrition.

Nursing Eid in the only stabilisation ward for severely malnourished children in Hargeisa, Najax, his mother, told how they had made the journey from the Daror region of Ethiopia, at least four hours away by car. They had undertaken the trip on foot and with the help of lifts from strangers.

“We had 100 sheep and goats but everything died. We just didn’t have the means,” Najax said, as other mothers and their children lay on the floor on mattresses.

Her son, who had been suffering from malnutrition-related complications including diarrhoea and had been vomiting, is now slowly recovering after he was brought to Hargeisa general hospital, where he was given a therapeutic milk product designed to treat severe malnutrition.

Dr Ahmed Omar Askar, the hospital director general, said he feared for those who were unable to make it to the small number of clinics.

“Here we have enough supplies for now but the problem is not here, the problem is in the countryside where these children are coming from,” he said. “Some cases are reaching here, from as far away as Ethiopia, but you can imagine the number of children with these problems in the areas hardest hit by drought.”

He added: “The hospital can receive a few hundred cases, but I think action needs to be taken at a community level for the people in the countryside. It’s not possible to bring everyone to this hospital. There needs to be very quick action, support for people who already are in these drought affected regions and it needs to come soon to prevent a very serious situation.”