Communiqué No. 2, Eritreans for Facilitating National Dialogue (EFND) – Statement of Clarification Regarding Our Mission.

Communiqué No. 2, Eritreans for Facilitating National Dialogue (EFND) Statement of Clarification Regarding Our Mission. We acknowledge with great appreciation the various encouraging messages of solidarity we have received since we released our first communiqué several 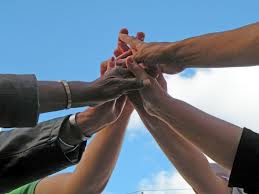 Statement of Clarification Regarding Our Mission.

We acknowledge with great appreciation the various encouraging messages of solidarity we have received since we released our first communiqué several months ago. As many of you have expressed in your communications, we agree that further clarification of our mission is warranted to avoid confusion. Our sole aim is to facilitate civilized and constructive dialog among Eritreans to help build a better foundation for Eritrea’s future.

This requires forging a common strategy for a common purpose. So, our mission is to help to narrow the differences in outlook or means of opposition to the repressive regime among various groups in the Eritrean Diaspora community, which share the same or similar objectives. As Sigmund Freud cautioned well over a century ago, the narcissism of minor differences can often become a stumbling block on the road to building mutual trust, confidence, and consensus.  So, overcoming the narcissism of minor differences in politics is the first—and yet crucial-step to building national unity of means and ends.

In our opinion, we have too many civic and political groups who can be more productive if they had a collaborative mind set. Make no mistake. Diversity of ideas is good, but, as recent events and developments in quite a few countries clearly demonstrate, diversity of means, not of objectives, can be distractive and harmful to the cause. In most cases, there are no essential differences of ideas between the various Eritrean groups. Driven by “not invented here” malaise, individuals and groups are often unaware about the similarity of each others’ goals and often engage in acrimonious exchanges that lack civility. In the meantime, the repressive regime in our country continues to take advantage of this political malaise to prolong its stay in power.  As a result, the regime continues to impoverish Eritrea materially, politically, intellectually and spiritually.

Today, the risk is for Eritrea becoming a failed state. The damage the regime has caused is huge, leaving a monumental task for Eritreans inside and outside the country to reverse the situation before it becomes a tittering catastrophe. So, EFND’s mission is to play a role in helping all groups to close their ranks and work together towards a common purpose. EFND strongly believes that reversing the prevailing negative tone in our discourse is a necessary step we need to take to accelerate the change we want to see.

A national conference is one of many ways to get the conversation started. As a facilitator, EFND’s mission is to prepare the platform and set the tone for the conference. While acknowledging the fact that the past has extremely valuable lessons to learn from, EFND calls upon all Eritreans to focus their attention on the present and on the future. Therefore, the primary purpose of the conference is to hammer out a common strategy to help in freeing Eritrea from the grips of a brutal dictatorship, and to shed light on how to fix the monumental mess the regime is leaving behind so that the anticipated transition would be smooth, peaceful, and democratic to solidify the foundation for sustained economic development. We believe that no single political party or organized group is equal to the full task of bringing about change before or after the departure of the dictatorship. Therefore EFND’s mission is to reach out to all political parties, civic associations, groups, individuals, and expatriate friends of Eritrea to help us frame the tremendous task ahead of us.

To reiterate what was already expressed in our previous communiqué, the aim of our group is NOT to form a new political or civic organization. We are rather an ad hoc group that is solely motivated by a burning desire to facilitate dialogue among all Eritreans in general and among existing political and civic organizations in particular about the daunting challenges that our country is facing. Our overarching aim is to establish a conducive platform for democratic dialogue by organizing meetings, seminars, workshops, and conferences. Our aspirational objective is to work in good faith and in cooperation with all concerned Eritrean political parties, civic associations, and concerned individuals to come up with a working roadmap that can be adopted by all.