An Inclusive Definition of “Who is an Eritrean?” – By Our Voice

An Inclusive Definition of “Who is an Eritrean?” By Our Voice Global Eritrean Democratic Grassroots Movement (GEDGM) “OUR DESTINY IN OUR HANDS!” One of the requirements of conducting a successful grassroots election with the purpose of swiftly forming a people’s Baito 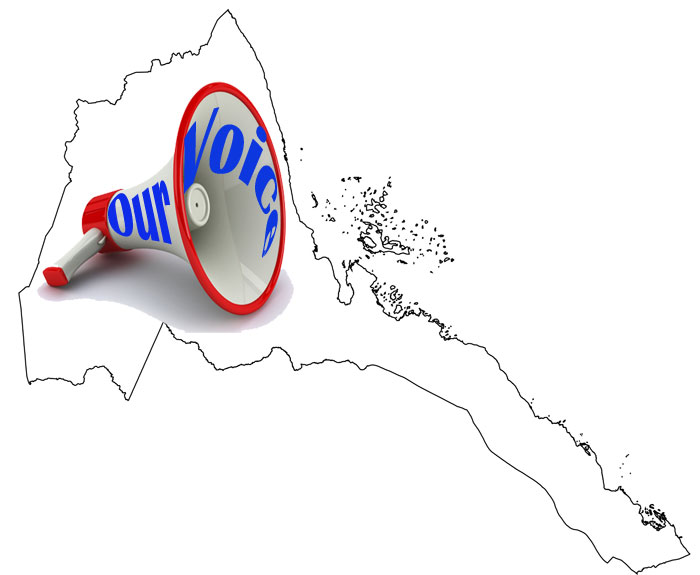 An Inclusive Definition of “Who is an Eritrean?”

“OUR DESTINY IN OUR HANDS!”

One of the requirements of conducting a successful grassroots election with

definition of “Who is an Eritrean?”

there are diverse and sometimes even conflicting interests in the matter.

There are, in fact, some groups and identifiable persons who have tried to

group or perhaps even to themselves personally – suggesting that they have

and people of Eritrea. We say that this should never be allowed to happen

because it is divisive, grossly unfair and extremely dangerous.

Why is it extremely dangerous? We refer you to the work of the German

sociologist and philosopher Jurgen Habermas. A harmonious and viable

society can exist only when all its citizens become stakeholders and

beneficiaries of it in a fair and equitable manner. Otherwise, the citizens have

Thus, the excluded will and should use every means at their disposal to fight

back overtly or covertly to regain their rights as the situation demands. When

they lack power, their disappointment and grudge will still be there but they

may not show it for obvious reasons. But, they will still remain full of anger

and resentment waiting for their time – kem zitedegole hawi. Such excluded

masses of people are, in fact, the major causes of bloody uprisings, civil wars

revolutions and mass killings in the process. Indeed, the excluded have caused

the collapse of many armies and empires in history starting from ancient times.

As a case in point, we shall give an outline of the Battle of Thermopylae in 480

B.C. Greece between the alliance of Ancient Greek city-states led by the

Spartan King Leonidas and the Persian Empire of Xerxes I. The Persians had

enemy army advance in a narrow coastal strip with an overhanging

inaccessible cliff and finish them off one by one. The standoff and battle

continued for several days in favour of the massively outnumbered Greeks. In

short, the Persians were trapped. However, the Greeks were betrayed by a

local resident called Ephialtes of Trachis, who revealed to the Persians a small

path up the cliff that lead behind the Greek defence lines. This enabled the

enemy to outflank the Greek forces, smash their rear guard and defeat them.

King Leonidas and all the 300 men and others were killed in the battle. It was a

complete tragedy for the Greeks.

The point is, why did Ephialtes of Trachis betray his country and people to such

effect? They say that he was a deformed individual with disability which in

ancient Sparta would have led to his infanticide. He was spared death because

his parents took him away to another place. But, he still was bearing the social

disapproval. Thus, he had a grudge to settle – the grudge of exclusion and

humiliation. A bribe offered by the Persians might have also been another

factor, but he never took the bribe.

subjects in Eritrea. The expropriation of land in Eritrea by the Italians and the

racism, exclusion, exploitation and humiliation of the natives made many

Deboch and Moges Asgedom and Dr Lorenzo Taezaz. Other Eritreans like

Awalom Berhe, while pretending to work for the Italians, worked hard to

In short, the lesson we can draw from this is that mistreating, excluding,

exploiting, humiliating, name calling and inflicting pain on any citizen or group

may even lose our country as a result. To a large extent, what we have just

turmoil – such as Somalia, Nigeria and some countries in the Middle East and

other places. It is dangerous, and we should not let it happen to us.

Where there is a serious feeling of exclusion, unfairness and oppression, it is

gradually forming gangrene. We know that there are political and religious

and areas of dissatisfaction. We should be proactive and not allow them to

take root in our midst.

which is democratic, equitable and fair to all – not only to the majority or few

interest circles – but to all its people regardless of ethnicity, language, region,

religion, race, gender, family background or occupation. We want to

and a stake – and a sense of belongingness than to no other.

Every Eritrean should understand that he/she has the birth right to expect, ney

demand and get protection and succour from his/her society and state.

Otherwise, the system will have failed, and it has to be changed in that case.

There is no excuse.

In Eritrea, the outgoing PFDJ regime has created a lot of unhappy and

excluded sectors of the population which it has failed to care for. As a result,

we have a big population of refugees (roughly about 1-1.5 million from a small

country) all over the world, including big refugee camps in the Sudan and

Ethiopia. The new state of Eritrea has to quickly own these refugees and

repatriate them with sufficient provisions and opportunities in collaboration

with the international community. To pave the way for this possibility, all

grassroots elections. But, we need to first know clearly who can participate in

the elections and who cannot.

Here is then the moment of truth: “Who is an Eritrean?”

1. All those with Eritrean passports and identity cards

2. All those who participated in the liberation struggle

3. All those born from an Eritrean father and Eritrean mother

4. All those whose father or mother is an Eritrean

5. All those born in Eritrea and spent their formative years there

6. All those who lived in Eritrea for over five years and are committed to

the country and people

7. All those who are married to an Eritrean and who remain in a stable

relationship for five years or more

8. All those who are committed to the wellbeing of the people of Eritrea

and who have made significant contributions to the country

On issuance of citizenship, all candidates shall swear to uphold the Eritrean

constitution and defend the interests of the country and people of Eritrea.

It should be made a treasonable serious offence to exclude, malign,

Eritrean who fulfils any of the said criteria on the basis of race, ethnicity,

superstitious beliefs, etc. It should also be a treasonable serious offence to

exercising his/her full rights as a citizen like any other Eritrean.

The reason why such offences should be considered as treasons, or crimes

by pitting friends, neighbours, colleagues and compatriots against one

another – thus creating fear, mistrust and enmity. A viable and harmonious

society is not possible under such conditions. Therefore, they should not be

This is the only way we can create a forward looking, civilised, prosperous,

advanced, confident, united and strong society that can effectively

compete in the world and is at peace within itself and its neighbours.