A year after tragedy, PM says Italy will not stop sea rescues

(Reuters) - Italy's Mediterranean Sea mission, which has rescued more than 90,000 migrants in the past year, will go on, the prime minister said on Friday, vowing to continue navy patrols a year after a 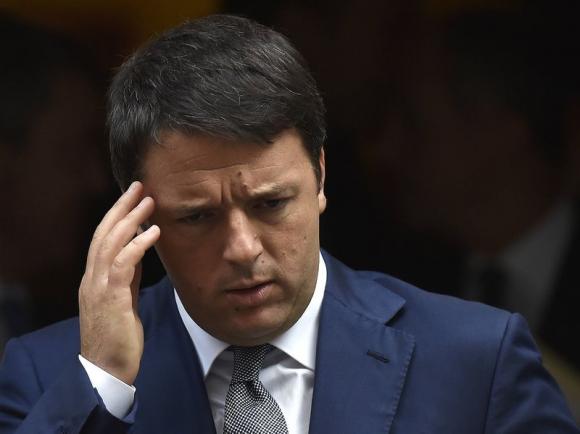 (Reuters) – Italy‘s Mediterranean Sea mission, which has rescued more than 90,000 migrants in the past year, will go on, the prime minister said on Friday, vowing to continue navy patrols a year after a shipwreck that killed hundreds sparked international outrage.

Italy has repeatedly called for the European Union to contribute more to its Mare Nostrum, or “Our Sea”, search-and-rescue mission, which costs the navy 9 million euros a month to run. So far, member states have not stepped up.

“Mare Nostrum will not be abandoned until the EU comes up with something just as good or better,” Prime Minister Matteo Renzi said during a question-and-answer event in Ferrara, Italy, which was broadcast live on television.

Mare Nostrum began after more than 360 men, women and children drowned when their boat capsized a mile off the Italian island of Lampedusa. The shipwreck occurred one year ago.

It drew international media attention and led Pope Francis and human rights organisations to call for more global attention to the plight of migrants.

Civil war in Syria, forced military conscription in Eritrea, and the breakdown of order inLibya are still pushing refugees and migrants to try to flee across the Mediterranean to Europe, often in rickety boats. Many drown in the attempt.

A record 3,072 migrants have died trying to cross the Mediterranean in rickety boats so far this year, against some 2,360 in 2013, the International Organisation for Migration said on Monday.

In August, the European Commission said its border control agency Frontex would reinforce Italy’s mission, but member states have been slow to pledge money or vessels.

Renzi said on Friday that Frontex was clearly not capable of taking over Mare Nostrum. Human rights organisations had been pushing Italy to commit to continuing the mission despite its failure to convince more EU countries to participate.