A Brave Eritrean Pilot and The Real Great Escape

Truth is stranger than fiction, but it is because Fiction is obliged to stick to possibilities; Truth isn't. ~Mark Twain   When someone asks what my favorite childhood movie is, The Great Escape sticks out in my mind. 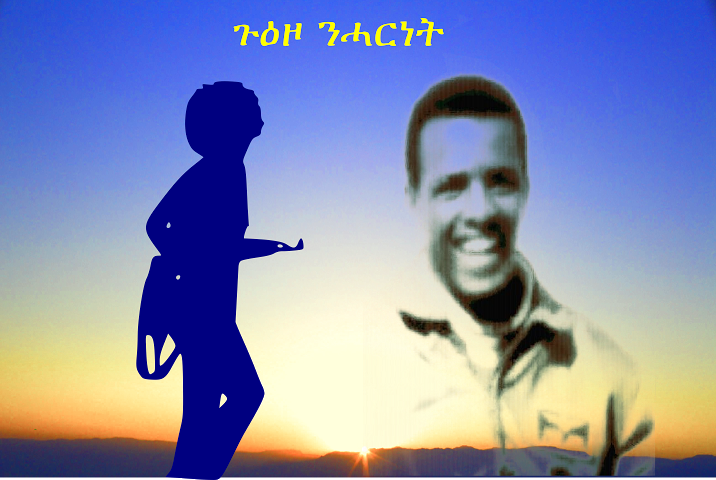 Truth is stranger than fiction, but it is because Fiction is obliged to stick to possibilities; Truth isn’t.

When someone asks what my favorite childhood movie is, The Great Escape sticks out in my mind. The Great Escape is based on a true story, with a usual Hollywood spin of a British Air Force pilot, Roger Joyce Bushell, and other allied airmen whose planes crashed on German territory. The movie depicts one of the most famous World War II stories and it shows how several prisoners of war from America, Britain and Australia made an extraordinary breakout from Nazi’s high-security POW camp. This action packed adventure features Steve McQueen, one of the most popular movie stars of all times, with many classic scenes including a memorable motorcycle jump attempt over a barbwire fence and a large amount of German military resources in hot pursuit of the escapees.

The whole escape was timed precisely to the split second testifying to the brilliance of Bushell who masterminded the major plan. Known as “Big X,” Bushell’s character Bartlett succeeded in slipping 76 men out of that notorious prison through a tunnel. Unfortunately, all but three of the escapees were recaptured and Bushell was among the 50 captured prisoners whom Hitler had personally ordered to be executed.

My memories of the movie were rekindled a couple of months ago when I read the remarkable news about Dejen, an Eritrean air force pilot, who managed to escape from a high security Eritrean prison after been incarcerated for 15 years. Dejen’s astounding escape not only brought back memories of the movie but also images from my past; the times, the places, the people and the thoughts that are engraved very deep in my psyche.

I remember our regular Wednesday movie nights with hundreds of school kids sitting in lines on the bank of a riverbed (ruba), a 32 inch wide TV monitor raised high in front of us and a portable generator roaring from several hundred feet to power both the monitor and the VCR. I can continue reminiscing about life in the Revolution School but there is nothing better that I can recollect than watching those videos, which were our only gateway to the outside world.

Most certainly, Dejen was among those hundreds of kids from the Revolution School who were lined up to watch The Great Escape. Little did he know that one day he was going to be betrayed by the very people he trusted, thrown into prison and 15 years later make an extraordinary escape in a similar fashion as the action hero he once watched as a hopeful child. In fact, it is astonishing to see that Dejen’s real story is more similar to the exaggerated actions of the main hero than the true story of an individual the movie is based on. Most characters featured in The Great Escape were composites of two or more real-life individuals and some of the actions in the movie never took place in reality. For instance, Bushell was portrayed as a composite of two people who took part in the real escape. He was the mastermind of the whole escape but he was captured the day after he slipped out of the camp at a nearby train station and was consequentlyexecuted by the Nazis. The character Virgil Hilts, played by Steve McQueen was based on the story of retired US Air Force pilot Major General David M. Jones. In reality, David helped in digging one of the escape tunnels but he never fled the prison camp let alone hijacking a motorcycle and attempting to jump over a barbwire fence. He was rescued by Allied Forces at the end of the war.

Dejen’s real-life inspiring story consists of making split second and life-threatening decisions, hijacking a car, slipping and breaking through four levels of high-security posts and driving the car to safety while being chased and shot at. He quickly found his way out of a crowded city and almost tumbled down a sheer cliff. He passed all these obstacles in a broad day light while hundreds of security and military personnel were deployed to look for him. Finally, he managed to get to safety after suffering 15 years of imprisonment, 2 of which were in dark solitary confinement. As is the case with many Eritrea’s political prisoners, Dejen’s family did not know if he was dead or alive for years. Forced to listen to other prisoners’ screams of torture, not knowing if he would survive and the torment of betrayal by his own people did not discourage this exceptional pilot from the possibility of freedom. Listening to Dejen narrating his ordeal in a calm, clear and composed manner shows those cruel criminals who subjected him to years of terror and neglect didn’t break his spirit.

One day even more information about his darkest hours and details about his escape will unfold. The information we have so far is enough to realize Dejen has won his freedom with profound courage, mental preparedness and determination, and he has undoubtedly masterminded his own escape plan, proving that if Hollywood was to make a movie about him there would be absolutely no need for any spin to ramp up our interest and emotions.