A baker in Norway is defying police after they decided to penalise him for employing a paperless immigrant from Eritrea, reports say.

Solabakeren general manager Bjørn Hagen employed asylum seeker Sultan Belay Fsahe eight years ago and was recently fined up to 300,000 kroner for his actions. Mr Hagen told Aftenbladet, “All the paperwork and everything was in 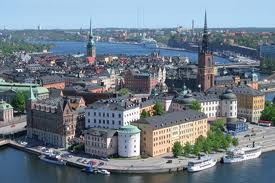 Mr Hagen told Aftenbladet, “All the paperwork and everything was in order. Sultan, has paid tax the whole time according to his tax card. It was all about getting people out of the asylum centres back then, getting them integrated into Norwegian society. Everything is turned upside down now.”

“Nonetheless, Sultan is established here with family and children. I believe I have done nothing wrong. I have been associated with something that is officially and illegality. I don’t accept this, and hope I’m not the only one with this view.”

Rogaland police have recently begun cracking down on what is officially a legal infringement. Officers say there are some 40 of the practice in the district, involving penalties of several million kroner.

The government has recently signed an agreement with Ethiopian authorities allowing voluntary or subsequently forced returns to the country. No formal deal has been reached with Eritrea yet, but it is currently under review.

Mr Fsahe received a final refusal to his application in 2010, and had to be let go in January this year. His future is now uncertain.

“It’s extremely difficult for me, I’m not a criminal, I just working. I’ve slept badly the entire eight years I’ve been in Norway, just thinking about the documents. I just need money and to work to look after the children,” he said.

“He’s nonreturnable. Sultan cannot go home to Eritrea with conditions the way they are now, it’s a dictatorship,” declared Bjørn Hagen, “he’ll either have to go underground if he loses his job here, or work without paying taxes. I cannot and will not throw him out.”