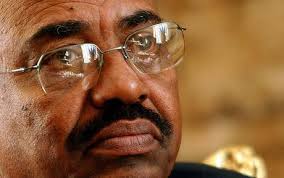 Omer Atta deputy head of NCP Africa secretariat Thursday paid a courtesy visit to the Eritrean ambassador to Khartoum Ibrahim Idris on the occasion of the Martyrs’ Day, an official holiday to pay tribute to those who died for the country’s liberation.

In a statement released after the meeting, the NCP official said he told the Eritrean diplomat that his party believes Eritrea is a brotherly neighbour sharing many interests with Sudan apart from the other social and cultural ties.

He further called for continuous efforts to boost bilateral for the benefit of both peoples.

The call comes after the tensions between the two countries and accusations against each other of support to opposition groups.

Last January, Sudan even closed the border with Eritrea and deployed thousands of troops along the frontier while President Omer al-Bashir declared a six-month state of emergency in North Kordofan and Kassala states.

According to the statement, Ambassador Idris thanked the NCP for the visit and the congratulation on the on the occasion of the Eritrean Martyrs’ Day.

He further pointed to the need to develop economic and political relations to between the two countries.

Relations between Asmara and Khartoum deteriorated following the rapprochement between Sudan and Ethiopia and the signing of several pacts including a joint defence treaty while Eritrea is at war with Ethiopia in 2014.

Also, Khartoum attempted several times to reconcile between the two countries and to end the dispute over Badme area but Asmara refused any talks with Addis Ababa before to withdrawal of Ethiopian troops from the disputed area.

Last Tuesday the Sudanese foreign ministry welcomed the visit of Eritrean foreign minister to Addis Ababa to discuss the implementation of Algiers agreement between the two countries.