The Refugee Crises: Where is Eritrea heading?

By Petros Tesfagiorgis Hitsat  Refugee camp: Thousands of Eritreans are languishing in refugee camps in Ethiopia and Sudan for years:   In 2014-2015 as part of EU strategy to stem the flow of refugees, the Eritrean regime 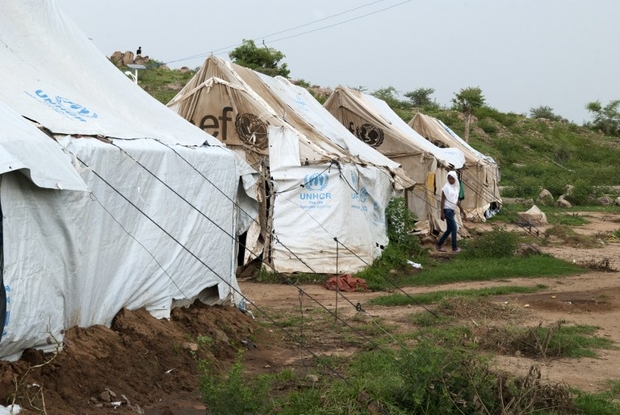 Hitsat  Refugee camp: Thousands of Eritreans are languishing in refugee camps in Ethiopia and Sudan for years:

In 2014-2015 as part of EU strategy to stem the flow of refugees, the Eritrean regime promised the EU to limit the indefinite national service to 18 months. But the regime refused to honour it. The EU made a U turn and chose to sacrifice the life of the refugees, condone repression in Eritrea and give grant to the Eritrean regime to prevent Eritreans fleeing the country.

However, the flow of refugees from Eritrea is continuing unabated.   On 20/10/2017 Voice of America (VOA) quoted International Organisation for Migration (IOM) saying last year 21,250   Eritrean refugees arrived in Ethiopia. This year starting from March 2017 up to this month (October) the number of arrivals is more than 20,000. 100 people arrive in Ethiopia every day. IOM said 46% of those arriving are aged between 18 and 24 years old.  They are the most productive members of the society. As one scholar said “Eritrea has become the fastest emptying country in the world.”   These is frightening. All the young flowers are disappearing from their home land.

The EU is giving funds to the Sudanese Government and Libya to do the same. All these is putting the life of thousands of refugees at risk. On top of that it is reported that the US is to deport 700 Eritreans refugees. It is a moment in time where refugee crises is unfolding.  It is time that the Eritreans in Diaspora rise and stand up against the injustices faced by the people of Eritrea at home and in exile.

One of the profound questions we have to pose is: Where is Eritrea heading?

To date, all those concerned with the unending repression in Eritrea are trying hard to stand up to the Challenges.

The most significant is the conference in Brussel on 19 and 20 October titled ‘Eritrea and the Ongoing Refugee Crisis’. It was organised by the Eritrean Movement for Democracy and Human Rights,  Europe External Policy Advisors, Förderverein Pro Asyl e.V., Connection e.V., War Resisters’ International and the Eritrean Law Society.  I quote from their press release “The conference was a public event attracting an audience of over a 100 people from more than 30 organisations including supporters of the Eritrean Government”

This is a very good beginning. The initiative of 6 organisation 4 international and 2 Eritrean is exemplary.  It heralds united effort in the activities to defend refugees.  One of the key output from the discussions was to set up an information sharing platform where all groups can upload information and make it available for others

Following the public event, participants sympathetic to the welfare of asylum seekers in Europe issued a statement condemning the comment of Donald Tusk, the President of European Council, in which he claims it would be both easy and desirable to close the central Mediterranean route to those fleeing to Europe including Eritrea”

One of the speakers Martin Plaut in his article titled “A packed international conference took place in Brussel” said   “The UN Special Rapporteur on Eritrea (Ms. Sheila B. Keetharuth) emphasises the gravity of human rights violations in Eritrea”

She said,” in spite of the EU decision the Eritreans are taking risks to leave the country” highlighting that there is no improvement in the violation of human rights in Eritrea.

Two other meetings has taken place as well.  One is organised by Medrek from 20 to 22 October 2017 in Frankfurt, Germany. Present were representatives of 40 civil societies and political organisations and individuals. They came out with a Memorandum of Understanding that defined the vision, mission, the principles and core values that will shape the destiny of democratic Eritrea.

I read the memorandum thoroughly with interest.  A useful document, I might add. On closer inspection, I strongly feel that the foundation and cornerstone for this document should have emanated from a concrete analyses of the current situation inside Eritrea. “Actionable items” can only be realized if there was an action plan, explaining how points 4.1 to 4.3 can be attained. What is needed is action oriented plan (short, medium, and long term). It is also crucial to address the present refugee crises where Eritrean refugees are denied sanctuary in Europe. The refugee crises is central to the anti-refugee politics in Europe and beyond where Amnesty International, Journalists without borders, the organisation that participated in Brussel and many journalists  have risen up to defend the  plight of refugees. The second one, is a conference in Ethiopia by the political organisation of more than 20.

Another activity is, Eritreans in the US are appealing for signatures to stop the deportation of 700 Eritrean refugees. The justice seekers have more lobby to do as the US is showing interest to make friends with the regime and would not like to leave the exploitation of minerals to the Chines. Thanks to the Eritrean, Somalia and Djibouti Governments their hostility to each other have opened the door to outside forces in the Red Sea to open their military bases to the Saudis, Emirates, Turks, USA, Israel, and the Iranians. The population of the area are marginalized. They have no say in the decisions that affect their lives.

At the same time, the Global leadership (GL) has stepped up its campaign and set a date, 15 November 2017 to conduct election of baitoes (assembly) in their respective chapters or towns and move to the election of global leadership. However, they too need to assess the present critical situation and come out with an   orientated action plan.  They have an option to support the campaign to stop the deportation of 700 refugees in the United States and to be involved in peace campaign.

The joint statement by “Our Voice” and the New Eritrean Movement is very interesting. It is a road map towards achieving the goal for democratic change in Eritrea.

To be continued on part 2