Original story in Italian with google translation CATANIA - " It ' a despicable traffic " . The words of the prosecutor of Catania Giovanni Salvi crystallize the abomination of what emerged from the operation conducted 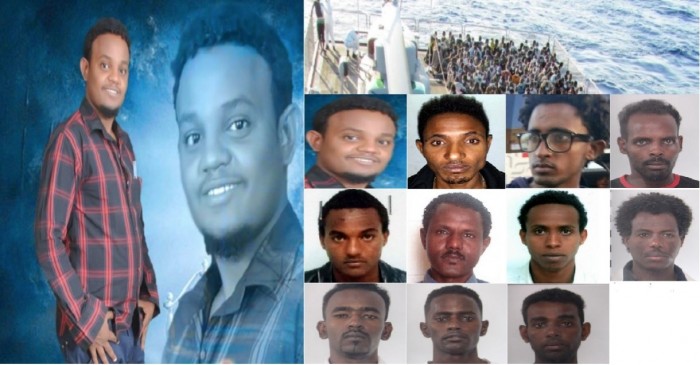 CATANIA – ” It ‘ a despicable traffic ” . The words of the prosecutor of Catania Giovanni Salvi crystallize the abomination of what emerged from the operation conducted by the Flying Squad and the Sco Rome that led to bring to justice the alleged leaders of the transnational organization that traffics in human beings and profiting unlawfully flows from North Africa to Sicily . The headquarters would be in Libya , and the criminal group , would also be the one that would leave the boat then sank in the Strait of Sicily between 27 and 28 June , killing at least 244 people .

Tokhla , jackal in Italian , is the name of the operation that led to the arrest of 11 people in Italy and Germany . The collaboration with the German police who brought to justice one of the organization’s criminal minds , Measho Tesfamariam , 29, arrested yesterday in Muncheberg , a German national. Him and his role apical had already talked about the Espresso and Future with the investigations which have brought to light the tragedy of June . A fact already emerged from the investigation of Mobile games last May , when the ship arrived in Catania Grecale carrying 17 corpses , in addition to 206 migrants . The Eritrean was under wiretap and in several conversations referred to sinking . Then the pieces of the puzzle have been reconstructed by the police who requested his arrest . Tesfamariam understood to be picked up by investigators and , in fact , goes so far as to shut down for a certain period of time his phone number to which several relatives of the victims were trying to contact him for news of their relatives . Caution useless his trip to Germany ended with the handcuffs .

The police place detained nine other people between Sicily and northern Italy . In Milan Abdullatif Mohamed , 26, Mahmud Seid Mahamud Kar , 28, in Monza Kibrom Khasay , 24, in Rome Omar Ebrahim , Marsala Kibrom Khasay , 28 years. The others have ended up in the police net in Catania and Filipos Abraha , of 19 years , Ali Abdallah Mahammed , 24, Provide Omer Ibrahim , 19, and Efrem Goitom , 18 years . Between May and September, the organization would organize at least 23 crossings . The investigation leads to this count : with a ticket payment that ” hovers .- says Andrea Bonomo pm – between 2000 and $ 3000 .” “Our goal – added the prosecutor Giovanni Salvi – is to ensure over the reception of migrants also to target criminal organizations to the heart .” The chief prosecutor etnea points out , even if there is a suspicion that this is the group that caused the sinking of the barge in late June , to not arrested are accused of murder . ” This organization is among the most dangerous working in human trafficking . – Says Vincenzo Nicolì SCO Rome – E ‘ a transnational network that operates a logistics base in Libya where people are picked and whole families from the area sub- Saharan Africa . From there they are taken on dilapidated boats and then once you are in Italy , is ready for another network that takes care of their transfer in northern Europe , and between these goals is especially Germany . ” Rome , Monza and Catania are the logistics bases located by police . A proof that the capital Etna plays a strategic role in the migration offense run by the organization and that today the execution of stop police discovered that a building on Via Di Prima , in the heart of San Beryl , had been turned into a hiding for migrants waiting to be transferred . In an attic were ” prisoners ” 9 Somalis , including eight minors aged between 14 and 16 years. “We think there were at least two days. ” – Says the manager of the Mobile Salvago Antonio . The youngsters had been locked in the house waiting for the relatives inviassero the necessary documents for the trip to Northern Europe . After the gruesome discovery , police arrested the tenant of the apartment, Andemeriam Yemane , 26, accused of kidnapping and abetting illegal stay .© ALL RIGHTS RESERVED.