Boat had left Libya 24 hours before wreck, refugee-assistance groups say By GIADA ZAMPANO April 14, 2015 5:18 p.m. ET 8 COMMENTS ROME—Survivors of the wreck of a migrant boat headed to Italy from Libya said that as many as 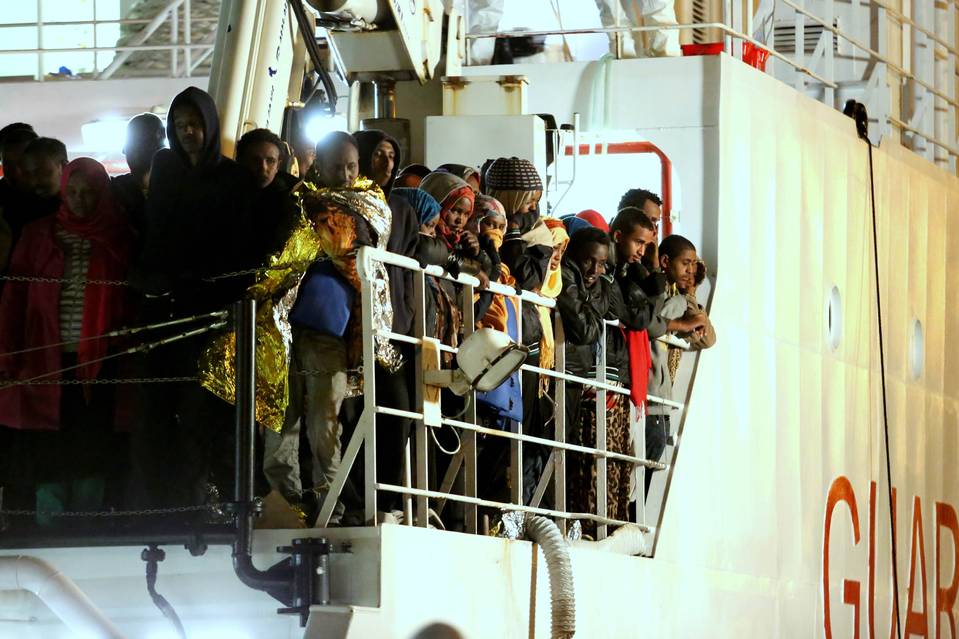 ROME—Survivors of the wreck of a migrant boat headed to Italy from Libya said that as many as 400 people had died in the wreck, according to Save the Children and the International Organization for Migration.

According to some among the 150 survivors from that boat, who were interviewed by migrant assistance groups including the IOM and Save the Children, the wreck happened in the past few days, 24 hours after the boat left the Libyan coast, and involved migrants coming from sub-Saharan Africa. “Many young men, probably minor,” were among the victims, Save the Children said, citing the refugees.

Save the Children and the IOM said they weren’t able to pinpoint the exact day of the shipwreck.

That death toll from that vessel would mark one of the largest losses of migrants’ lives at sea yet, bringing the number of people who have died attempting to cross the Mediterranean so far this year to a new record.

Before the latest wreck, there had been more than 500 deaths since January of migrants seeking to come to Italy from the African coast, up from 47 in the same period of 2014, according to IOM figures.

The Italian coast guard couldn’t provide confirmation of the deaths.

The coast guard said Tuesday, however, that 8,480 migrants have been rescued since the start of last weekend. On Monday alone, the rescues involved people who had been traveling on 20 different vessels carrying migrants coming from Syria and sub-Saharan Africa. At least nine migrants on a boat off the coast of Libya drowned on Sunday, the coast guard said.

The growing number of deadly shipwrecks highlights the challenge Italy faces in coping with huge flows of refugees. The arrival of calmer spring weather has worsened the situation.

More than 170,000 migrants reached Italy last year, according to the Italian government, the vast majority from Libya, where a state of lawlessness has made it easier for human traffickers to bring them to the North African country and organize boat departures there.

Humanitarian agencies have repeatedly called for more resources and coordinated European efforts to strengthen naval operations to rescue those trying to make the dangerous crossing.

But the fractious response from the European Unionto the tide of boats has highlighted Europe’s inability to craft a coherent policy on migration.

The broad and aggressive Mare Nostrum operation assembled by Italy in 2013 was replaced in November by the EU-funded Triton, which has a limited mandate and resources. The Triton operation has a budget of just €2.9 million ($3.1 million) a month, a third of Mare Nostrum’s budget, and has a mandate to go no further than 30 miles from the Italian coast.

This has left the Italians undertaking search-and-rescue operations that are riskier for both the coast guard and the migrants themselves.

The surge of refugees, as well as the deaths of at least 300 migrants in February, has pushed the EU to extend Triton until at least the end of the year and give Rome more money for its own search and rescue efforts. But little real progress has been noted since then.