Would the justice seekers seize the precious momentum and oppose the closure of 20 health centres in Eritrea in a worldwide demonstrations?

Would the justice seekers seize the precious momentum and oppose the closure of 20 health centres in Eritrea in a worldwide demonstrations?  By Petros Tesfagiorgis Peace with Ethiopia appears to have raised the status of Dictator 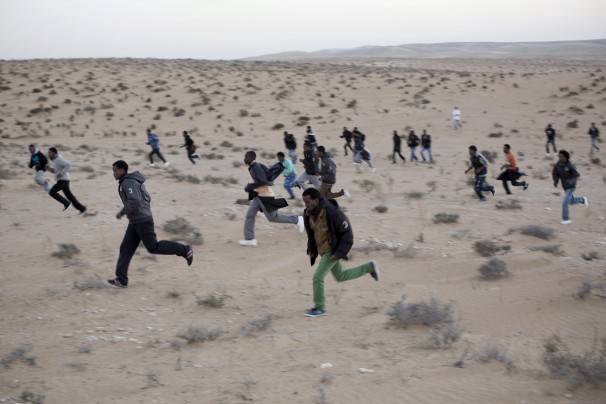 Would the justice seekers seize the precious momentum and oppose the closure of 20 health centres in Eritrea in a worldwide demonstrations?

Peace with Ethiopia appears to have raised the status of Dictator Isaias Afeworki. He was welcomed as hero in Ethiopia. The arms embargo has been lifted.  Eritrea has become a member of the UN Human Rights Council and the USA has decided to remove Eritrea from a list of countries ‘not cooperating’ with its anti-terrorism efforts.  The international community is hailing PM Aby Ahmed and President Isaias Afeworki for ending the conflict.

However, the silent war waged by Isaias against the people of Eritrea is continuing. He is yet to respond to calls to release all prisoners of conscience and end all forms of human rights violations. Sadly, for Isaias there are no prisoners of conscience to be released and there is no violation of human rights to bring to an end.  For the Eritrean regime lies are just alternative facts and denial of objective truth is the hallmark of this tyrant.   Therefore, the flow of refugees continues unabated.

In the meantime, Europe’s immediate concern has become stemming the influx of refugees to the continent, with little concern for their rights. Because of that they have been supporting Libya to contain the refugees in detention centres where they are subjected to inhuman treatment. The UNHCR has been pressured by humanitarian organisations to move the refugee to safer countries.  Eritreans and friends of Eritrea have supported these efforts by signing petitions which brought some positive results. UNHCR has assisted 1,297 vulnerable refugees out of Libya in 2019, including 711 to Niger, 295 to Italy, and 291 have been resettled to Europe and Canada. Here I would like to thank – the youth led by Sham Gabriel, Ismael Mussa and Bekhita Mohamed, the London “Black lives matter movement” based in Brixton and Julia Trencina, for their demonstration in front of EU office, Italian Embassy and the Foreign office here in London. The contribution of Julia, persistently calling UNHCR in Libya to rescue the refugees and providing their telephone number for other to call was brilliant.

The rapprochement with Ethiopia has given Isaias the opportunity to recklessly interfere in the internal affairs of Ethiopia. He wanted only a partial peace that did not include the Tigray Peoples Liberation Front (TPLF). In an attempt to weaken the TPLF and marginalize Tigray, he conspired with Amhara extremists.  Nonetheless, the people of Tigray rose up and got united behind the TPLF and seem to have averted the threat.  Isaias was not prepared for that and he closed the borders, losing credibility with Ethiopians very fast as a consequence.   The Ethiopian social media is now covering the human rights violations perpetrated by Isaias to a great extent.

During the recent debate on Ethiopia by American diplomats who served in Ethiopia one diplomat mentioned that Isaias suffers from erratic behaviour.   It implies that Isaias could not be trusted in any dealings.  This behaviour was exhibited when Isaias closed the border with Tigray/Ethiopia suddenly and left PM Abiy stranded and unable to answer questions regarding the closure. It appears Isaias journey of peace was a walk in the dark.

Meanwhile, Eritreans in the diaspora have started a Tsunami of campaigns.  Aimed at toppling the Government, their ‘enough is enough Isaias has to go’ slogan is echoing throughout the globe. Their powerful voice has attracted the attention of the international community.

The Youth inside Eritrea have started underground movement standing against the indefinite national service. The campaign is named “Zur Fenkil”.    They post leaflets on walls lamp poles and other places. Isaias is under pressure and is reacting with more repression and rounding up of the youth to send them to the military training camps.

But the most desperate move he has made is the closure of 20 health centres run by the Roman Catholic Church, which included eviction of those hospitalised. This is a blunder of historical proportion. It shows how morally bankrupt he is to deny people much needed health care. The regime has already failed to provide adequate health services to the people of Eritrea which makes the closure not only inhuman but a criminal act.  It is going to affect most the poor and the vulnerable as those with money are already going to Sudan or Ethiopia to get better treatment. What will happen to those who are for forced out of the hospitals? Where do they look for medical help? The closure is irresponsible that entails legal action against the regime.

For those in the diaspora who claim they are the voice of the voiceless, this is a precious momentum to put it in action. It is also a test of their determination. It is time to use the powerful voice of “Yeakel” to condemn the closure.