Why reinvent the wheel? A response to the Urgent Call to All Eritreans Worldwide

Why reinvent the wheel? A response to the Urgent Call to All Eritreans Worldwide Recently, we had an opportunity to read a press release posted on Assenna by a taskforce that has been set up to facilitate 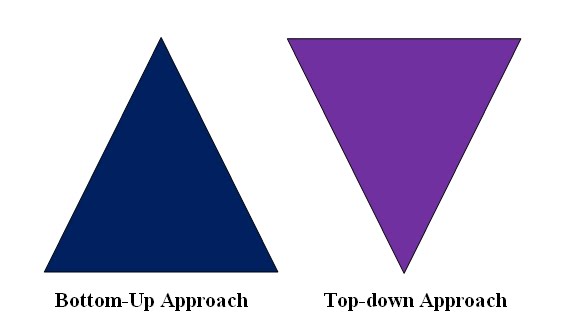 Why reinvent the wheel?

A response to the Urgent Call to All Eritreans Worldwide

Before we share our position regarding the contents of the press release, we would like to take a moment to thank members of the taskforce for their interest in the grassroots movement. Moreover, we would also like to express our appreciation for their commitment and dedication to the struggle for democratic change in Eritrea. Therefore, it is with utmost respect that we offer our candid feedback regarding the press release and the interviews, and we sincerely hope that our message will be received in the same spirit.

The answer to this question is a resounding YES! However, we need to be abundantly clear, as to what kind of global leadership we are talking about here.  As a grassroots movement, we totally agree that we need a democratically elected global leadership that will coordinate and guide the activities of our grassroots movement.  However, as some members of the taskforce seem to hint, we do not support any attempt to form a global leadership that attempts to marginalize the role of the existing Eritrean political organizations.  As we have unequivocally stated in numerous occasions in the past, our grassroots movement has no plans or ambitions to compete for political power after the demise of the tyrannical regime in Eritrea. We are a civil society and will continue to play our historic role as a civil society in the new and democratic Eritrea in order to safeguard our hard fought civil liberties.  In spite of their shortcomings, we strongly believe that our political organizations have a very important role to play in the fight for democratic change in Eritrea.  Therefore, we would like to call upon all Eritrean political organizations to support our grassroots movement and to encourage their members to join hands with us for the common cause.

As mentioned above, our grassroots movement firmly believes in the need to form a united democratic movement and a global leadership.  The good news is that members of the grassroots movement in North America are already working diligently to make this happen! Deleyti Fithi in various cities are working hard to organize their people and to lay the groundwork for the formation of a united democratic movement and a global leadership, as it will require more than just conducting public meetings and running elections.  Once the ground work is completed and a solid foundation is laid at the local level by establishing Bayto Adi in our respective cities, we will convene at a regional level to ratify our charter and to elect a regional leadership (Shimagle Zoba).  By collaborating with Deleyti Fithi in other continents, we will finally be able to elect a global leadership (Ahgurawi Shimagle) that will enjoy a clear mandate and legitimacy to lead our movement worldwide. Since there are mechanisms, procedures, and organizational structures put in place to facilitate the formation of a global leadership, we like to ask members of the taskforce a simple question – why attempt to reinvent the wheel?

We regret to point out that the initiative taken by the taskforce will only result in unnecessary redundancy and inefficiency in our operations and in the deployment of our human resources, and sadly but inevitably, in the fragmentation of the grassroots movement. We are very concerned that the initiative taken by the taskforce has the potential of weakening and fragmenting the grassroots movement by creating confusion and doubt amongst members of the grassroots movement. We strongly urge members of the taskforce to weigh the potential consequences of their actions and to reconsider their approach. We all know the pitfalls of having a fragmented political opposition camp. So, we call upon members of the taskforce to respect and embrace the work that is being done by Deleyti Fithi in many corners of the world and spare our people from having to go down the same road of political fragmentation, despair and apathy again.

In the press release and the Assenna interview, members of the taskforce have gone to great length to share with us their allegiance to the bottom-up approach.  When explaining what brought them together, members of the taskforce state that it is their conviction that the bottom-up grassroots movement would be the most expedient, all-inclusive and democratic way that can end our country’s problems. In an attempt to preemptively address questions that will naturally arise as a result of their initiative, members of the taskforce did not leave any stone unturned to assure us that their initiative is meant to strengthen and support the existing grassroots movement. But if they truly believe in the bottom-up approach, we would like to respectfully ask why they think it would be appropriate to disregard the mandate of a coordinating committee that has been democratically elected to lead our grassroots movement. How can anyone claim allegiance to the bottom-up approach, while attempting to sidestep a democratically elected coordinating committee by parachuting down a self-appointed taskforce from the top.  It is very insulting to many of the Deleyti Fithi, who believe in the bottom-up approach not just as a slogan but as a strategy and as a way forward towards the formation of a united democratic movement.

We are fully aware that the journey the grassroots movement has embarked on is not an easy one. We recognize that it is challenging, frustrating at times, and requires a lot of hard work, commitment and discipline. However, it is the only way that we can reasonably expect to guarantee the best chance of forming a united democratic movement and a democratic global leadership that will be accountable, transparent and that will have a clear mandate from all Eritreans in the Diaspora. We like to caution members of the taskforce not to try to cut corners in their haste to form a global leadership by skirting the pre-requisite steps needed to build a strong foundation and a true grassroots movement. It is very important to keep in mind that our movement is firmly grounded on the bottom-up approach and will not support any attempt to thwart this fundamental belief in a rush to form a global leadership before building a strong foundation at the local level.

As members of the taskforce intend to do, conducting public meetings and running elections will definitely be an important step in the process of the formation of a global leadership.  However, it may be worth noting here to reflect on how members of the civil society, who were supposed to hold 60% of the seats at the National Congress (Hagerawi Bayto) were dealt a bad hand and relegated to total irrelevance at the national conference. It certainly was not because elections were not held at the local level. On the contrary, Eritreans from different parts of the world participated in the election process and did have an opportunity to elect their representatives. Some of them even went on to be elected as members of the Hagerawi Bayto. However, as was demonstrated by this historical event, holding public meetings and running elections in the absence of a strong organization at the local level will not necessarily guarantee a democratic global leadership.

Unless each of us does our homework to mobilize our people at the local level to create a solid foundation, it will be extremely difficult to organize a united democratic movement and form a global leadership.  In order to convene regional and global conferences and elect regional and global leaders as soon as possible, we call upon members of the taskforce to help us strengthen the grassroots movement by organizing their communities at the local level. As Americans say, let’s not forget that all politics is local! We encourage members of the taskforce to organize their local communities, establish Bayto Adi in their respective cities and submit their representatives to the North America grassroots movement network. We would also welcome their engagement in our grassroots movement in any capacity they deem appropriate to share their talents and expertise.

In closing, we would like to take this opportunity to call upon all Deleyti Fithi in the Diaspora to join hands with us in the fight for democracy, justice and rule of law. As a non-partisan all-inclusive movement, we welcome anyone who believes in the common cause regardless of their political, civic or other affiliations. We encourage all Deleyti Fithi to be involved in the mobilization of their local communities and in the establishment of Bayto Adi in their respective cities. The Bayto Adi, which is the basic building block of our grassroots movement, is an essential element of our bottom-up approach. Therefore, please help us in establishing a Bayto Adi in your local communities, so we can join hands to form a united democratic movement and a global leadership.