Who killed Colonel Kahsay in Holland?

Nowadays we really hear shocking movements of PFDJ in the heart of Europe. The dictatorial regime tries all the means to kill its opponents even outside their country. Europe is no longer a safe place 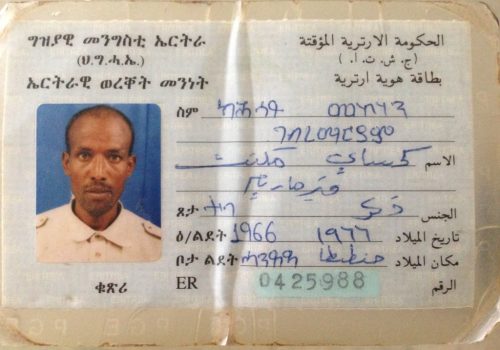 Nowadays we really hear shocking movements of PFDJ in the heart of Europe. The dictatorial regime tries all the means to kill its opponents even outside their country. Europe is no longer a safe place for Eritreans. Even the human rights activists who are sympathetic with our people are also being the targets of the regime. As we have heard in Holland, a human right activist Prof. Miriam was taken to court by YPFDJ member to silence any voice that stands against this criminal mafia regime. This court case also should open a door to thorough investigation about the assassination of Col. Kahsay in Holland. Could it be any relationship between YPFDJ and the death of Kahsay?

Journalist and interested guys can trace the death of Col. Kahsay and should disclose the facts to the general public. Col. Kahasay arrived in Holland 2013 via Libya and asked for political asylum as an ordinary person. He was in the Camp of Wagenigen and did his interview in Arnhem Zewinar and then he was transferred to a camp in the south of Holland near the Germany border. We were told that he was threatened by a group of Eritreans as soon as he arrived in the camp. But this group of young Eritreans were not the asylum seekers, they might be YPFDJ thugs. Col. Kahsay told his roommates about what has happened to him. He said to his roommates “If any thing happens to me, you have to know that those guys have killed me.” Those could be referred to PFDF.

After two weeks Col. Kahsay was taken from his camp to the Germany border and found dead. The Dutch police found his body but no details were reported to the public. This incident took place in the late 2013.

Eritreans in Holland were asking many questions about Col. Kahsay and little information was given. Some people reported that Col.Kahsay was a member of Eritrean Defence Force and was imprisoned for sometime in Kershelli Asmara. As soon as he was released from the prison he made his way to Sudan then to Libya and finally made to arrive in Holland. He was a married man and left children. His home village is located around Mendefera.

After If heard the interview of veteran fighter Yemane T/Gergis in Assenna, I concluded that col. Kahsay could also be killed by the same manner. Eritreans who live in Holland and those who know Col.Kahsay can share their experience and his full name and details if possible. Because it is possible that YPFDJ could be active in such crimes too.

We consulted Eritreans in the Netherlands for further information and they sent us links of an investigative TV and magazine report about the incident by Radio Bremen.

(Google translation of the synopsis is also provided below)