By Michael Abraha Eritrea is again said to have jailed without trial more people since October 31, 2017 in an effort to extinguish the blazing spirit of the rebellious Islamic school, Al Diaa, in Asmara. How 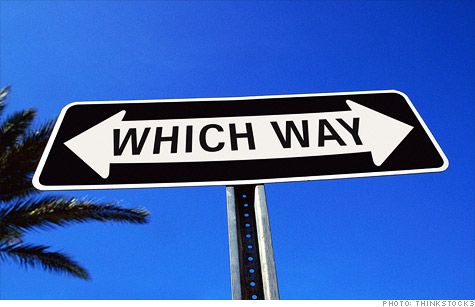 Eritrea is again said to have jailed without trial more people since October 31, 2017 in an effort to extinguish the blazing spirit of the rebellious Islamic school, Al Diaa, in Asmara. How dare they refuse to stop teaching Islam in that school defying government orders! The government hardly engages in persuasive debate with the citisonary. Fear and terror are the main weapons to achieve ends no matter which religion is trampled upon in the process and which lives destroyed. The goal is to spread uniform secular values in a communist-oriented state.

One of those locked up this time is Sheikh Mussa Mohammed Nur, president of Diaa Shool Board. He believes religion helps his students to be disciplined and well mannered. The Sheikh objects to govt. interference in his private school.

So now the Sheikh begins to rot and rot in Eritrea’s notorious prison systems. He joins thousands of other victims along with Patriarch Antonios – Head of the Eritrean Orthodox Church – who has been languishing in jail incommunicado without charge for 10 years for resisting govt. meddling in church affairs. He is paying for his conviction that Christian teaching helps in creating honest and unselfish men and women. There have been no street protests in support of the Patriarch ostensibly for fear of reprisals.

The two sad events surrounding Abuna Antonios and Sheikh Mussa were nothing but apolitical, posing no threat to the regime’s absolute control of every aspect of human and social life including spiritual life in the country. The regime has not provided any evidence that as a successful Madrasa, Al Diaa presents potential dangers as producer of politicized, radical Islam as has been propagated on-and-off for many years in the past by the awate.com team, which critics termed as the “Ali Salem project”. It is high time for this Moslem website to get clean and apologize to the Eritrean people. This half Moslem-half Christian nation does not need the creation of Boko Haram type barbarians.

One way the government could ensure such dangers never to appear or hover around is by encouraging Islamic schools like Al Diaa to enroll Christian kids to learn about Islam. Church managed schools should also invite Moslems to their classes. Adults of both religions should also attend each other’s places of worship. After all, Islam and Christianity stand for the same things: love, honesty, sharing and caring – essential elements in establishing a stable, happy and prosperous community.

It remains crucial for members of the Eritrean government to embrace and practice these said values and set an example to other citizens. The authorities should aim to be respected nor feared. The government’s handling of the Al Diaa inspired, non-political events was most cruel and brutal. It is reminiscent of repressive master-slave relationship of bygone years. The Eritrean people should not continue to be deprived of their right to express their grievances and make legitimate demands through protest marches as part of their basic right to freedom of expression. Nor should any citizen be picked up on the street or from home in the dark and be imprisoned indefinitely without due process.

The people’s action is always slow, but tyranny and tyrants are first condemned and eliminated in the deepest corners of the hearts and minds disenchanted millions a few years before the end of a repressive status quo, giving way to the restoration of human rights, freedom, dignity, prosperity and happiness.