Where were they all this time? – An out of place Statement

Where were they all this time? Abei nerom kissab Hiji? Prof. Araya Debessay An out of place Statement The first time I heard a comment such as the above, was when a group of senior Eritrean leaders, known 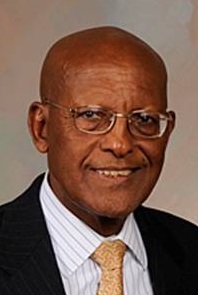 Where were they all this time?

An out of place Statement

The first time I heard a comment such as the above, was when a group of senior Eritrean leaders, known as G-15, stood up against the dictatorial conduct of President Isaias. Instead of appreciating the bold stand of the G-15, some individuals were demeaning the heroic act of this group by saying “where were they all this time?” or “abei nerom kissab Hiji?”; implying that they should have challenged the president long time ago. And many of the individuals who uttered such statements had not made any move to resist the growing dictatorship in the country! There is a hint of hypocrisy in this statements, but is it only hypocrisy? We will examine later on whether such utterings were simply hypocritical or if they contained other poisonous messages.

When the G-15 failed to persuade the president to stop his undemocratic practices through the established government and party channels, they decided to break the taboo of openly criticizing the country’s leadership in public. They spoke and wrote against the president’s despotic practices. They were obliged to do so after the president refused to act upon their legitimate request to convene a meeting of the National Assembly. The decision by the G-15 to openly criticize President Isaias and his government was a pleasant surprise to the people, and many were encouraged to follow the new course of action with joy and enthusiasm. Hence, they started to discuss and comment political issues and government decisions frankly at their work places, on the streets, as well as in the cafes of the major towns of the country. The budding-press was feeding material for dialogue, often articles prepared by members of the G-15. Since the nascent press produced limited copies, it was not uncommon to see early morning lines of people at the newspaper stands. But the limited supply of newspapers was multiplied by increasing the number of readers by passing the papers from one person to another and by recounting the highlights of the daily news to those who were not able to get the newspapers. In this way, the Eritrean genius ensured the dissemination of news and political commentaries to the public.

The gentle wind of democracy let loose by the G-15 started to engulf the whole country, sending shock waves and fear to the president and his associates, who opted to silence all voices of dissent by incarcerating anyone suspected of opposing the hegemonic regime. In this way, they tried to stop the blowing of the wind of democracy by sending a politically polluted air which made more people sick and rebellious. The most illustrious victims of the violence unleashed by the Eritrean regime were members of the G-15 who are languishing in unknown prisons since September 2001. Thousands of other citizens, who resisted the establishment of a dictatorial regime, suffered the same fate. To date, none of all the political prisoners has been seen or visited by their families, friends or people of law. At the cost of their personal liberty, the G-15 and other heroic patriots have opened the eyes of the public and shown the way to resist the institutionalization of a hegemonic regime. They boldly asserted that the fallen and the maimed heroes of the liberation struggle have fought for the freedom of the country and for the liberty of the people, and not for their subjugation by a few selfish renegades.  In spite of their defining leadership in confronting the antidemocratic moves of the regime, some Eritreans have uttered the bizarre phrase, “abi nerom kissab Hiji?”. Yet, if it were not for their decisive resistance, we would not have gone so far in opposing the regime.

Does the bizarre phrase make sense?

Let us now look into the bizarre phrase “abei nerom kissab Hiji?” pronounced by many Eritreans after an individual or group of individuals decide to denounce the Eritrean regime. This phrase is cast to demean or disapprove the people who decide to express their disagreement with the dictatorial political system. The dissenting people may come from the ranks of the government or non-government, but the bizarre phrase is uttered in both cases. To say the least, the phrase is totally irresponsible as it aims to censure individuals’ free political choice. But more importantly, it is meant to discredit the challengers of the regime and to discourage others from openly opposing the government.

Whether this phrase is pronounced by government supporters or opponents, it proposes to belittle the dissidents who speak up against the government. The regime believes that tarnishing the character and image of dissidents will reduce the impact of the message delivered to the public by dissenters, and hopes to dampen down the drive of would-be protesters from denouncing the rouge regime. Hence, the beneficiary of this bizarre phrase is certainly the government camp. Looked from this angle, the bizarre phrase should be considered as an important government tool for discouraging the emergence of political opponents. So why are people who oppose the regime using this phrase? Difficult to say, but there is no doubt that they are unintentionally working for the regime and against themselves. The opposition should know that any change of course by former government sympathizers is a net gain to the Eritrean democratic movement and an additional nail to the coffin of the regime.

Knowing the regime, one should not be surprised if the bizarre phrase was not deliberately spread into the populace through its well-known propaganda machine known as 03 (bado seleste). We have learned from ex-operatives of 03, who are now part of the opposition, how they were spreading pro regime and anti-opposition thoughts, in underhand manner, in markets, cafes and other milieu effectively. Hence all the non-government camp must be happy and thrilled when people leave the regime to join the opposition camp, without judging the timing of their decision. The opposition should be happy to witness the weakening of the government camp and the strengthening of the opposition. Remember, when people joined the independence struggle, they did it in different times, until the end, and some of these came from the opposite camp. All were welcomed to contribute to the cause. Therefore, the bizarre phrase should not be pronounced by any person who wants a rapid democratic change in the country. The opposition should embrace opponents of the regime even when they want to join one day before the advent of fateful day of liberation. The more people they leave the regime and join the opposition, the closer the fateful hour. Therefore, members of the opposition and of the silent majority, please refrain from criticizing any person or individual who decides to join the opposition, particularly those who were working with the government. They should be considered members of the opposition from the moment they repudiate the dictatorship. Forget what they were and what they did before, because judging them is not part of the duty of the opposition. The opposition’s goal is to bring about a democratic change in the country and empower the people to decide on how to run the country. In fact, the opposition camp should be happy when more people are leaving the regime, as this will accelerate its demise. It should be the government, as the losing camp, who should be angry and worried when its trusted supporters and notoriously-silent people change course and join the justice- seekers.