USA and Its Policy on Eritrea and Phalestina since 1948:

My Birthday is unfortunately on the same year and when I celebrate my birthday with few friends I burn two candles, one for the Phalestinian refugees and the second also for the Eritrean refugees whom 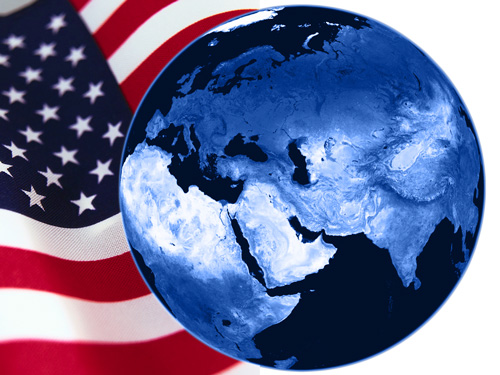 My Birthday is unfortunately on the same year and when I celebrate my birthday with few friends I burn two candles, one for the Phalestinian refugees and the second also for the Eritrean refugees whom from Eilet Sahel to whom I met along the railway line in Asmara leading to Keren and Agordat in 1965.These group of internally displaced were mainly women and children among them were two women in labour on the grass maat, called now EXPO but we use to call it Parco, meaning parck in the Barjima area of Asmara just below the junction of the railway and the asfhalt road leading to Blocko Godaif. What I did not know at that time was how many Eritrean refugees have crossed the boarder with Sudan from the areas of Barka,Sahel and Semhar provinces of Eritrea. As children or young adults we were shocked and went home to beg bread and panne from our mothers and neighbours and came back with some bread and some Eth.Birr which we were donnated by our relatives and neighbours.

One of the women in labour already gave birth to a beautiful baby girl. Despite the hardships and uncertainity the women gathered to conguratulate the newly mother and ullulating with vigour. Well saddly enough this was during the occupation of Eritrea by the then Emperor Haile Sellassie, and it was not the last time Eilet and its people would be facing a catastroph.The DERG, amilitary Junta that took power from Haile Sellassie went again to destroy Hirghigo,Emberemi in the Semhar province and further to the coast to Eilet in the Sahel province, the province where our Hero Wed Ali Hijay was born, also our Founding father of the Eritrean Independence struggle Ibrahim Sultan’s birth place and province.The DERG soldiers run over people and domestic animals with armoured tanks. How terrible it was is not far from the memories we have of the DERG.

Diplomats and poleticians would refrain from mentioning the Vietnam and Laos wars.The bombs falling on villages and the Agent Orange spraid on crowded areas. My Lai village massacre was a vivid memory in 1968.What happened at My Lai only came to public light in November 1969 when a US soldier, Paul Meadlo, was interviewed on television and admitted killing “ten of fifteen men, women and children” at My Lai.

Asmara, Massawa and Guraa in Eritrea, were the Stations where US Marines spied the Vietcongs and the Middle East Arabs. As usual the powerful countries have their priorities; USA National Interest has no eyes and noses towards Human Beings but their strategy and gaining Capital where ever material gains can be achieved.By now it is the accepted policy, due to its unchanging foreingpolicy and application while drawing its strategic importance. The New World Order is also based on this notion, no mater how harmful to the world peace it may be.

The USA has never been considered as a friend to the Eritrean people ever since the end of the WW II, the reason is that it has chosen the bigger and friendly nation of  Ethiopia as a strategic partner in the Horn of Africa.

The text of the Eritrea resolution, which was initiated by Somalia and Djibouti, was watered down after several countries – among them the United States and China – objected to the tough language.

Unlike Ambassador Susan Rice, the current

U.S. diplomat Eric Richardson said the Eritrea report did not have” the same level of sophistication and precision” as the report on North Korea and the United States could not support the language of the text without revisions.” Eritrea as it today governed by a dictator and a murderer, is not in the National interest to help the suffering people, but to treat its old client Issayas mildly and may be busy to give him a corridor to get away with it.The USA is usually a friend of dictators as long as US national interest and strategy is maintained by such dictators.Saudia Arabian Monarchy is a good example and, the late Pinochet of Chile and others…How could such a nation that advocates for democracy, national parliament elections and free speech could neglect the sufferings of a whole nation caused by such a mad dictator ? Well being a layman is hard to understand such sofisticated foreign policy, however such hypocracy is heart breaking no matter what the reason may be.Could it be the cheaply available raw material in Eritrea, where even slave labour is tolerated by foreign companies such as NEVSUN  of Canada.

A commission that reported on US national Interest has laid down a summary of the Vital US National Interests; Vital national interests are conditions that are strictly necessary to safeguard and enhance Americans’ survival and well-being in a free and secure nation.

Vital US national interests are to:

Instrumentally, these vital interests will be enhanced and protected by promoting singular US leadership, military and intelligence capabilities, credibility (including a reputation for adherence to clear US commitments and even-handedness in dealing with other states), and strengthening critical international institutions– particularly the US alliance system around the world.

Extremely important national interests are conditions that, if compromised, would severely prejudice but not strictly imperil the ability of the US government to safeguard and enhance the well-being of Americans in a free and secure nation. This implies even using Force and political  machinationes like bypassing the UN security Council’s confirmation of evidences!A good example is the Bush Junior decission to invade Iraq.

Phalestina and Eritrea are in the US vital interest zones, the Middle East and East Africa, as the commission has given the areas of US positions of vital interest;

In the UN General Assembly for Human Rights in Geneve , US and China both softened the Djibouti and Somalia recommendations to deal with the Crimes against Humanity commited by the Eritrean regime, to take the matter to the ICC, simply they do not want to embarass their claint Issayas Afewerki. Both countries have relied on him for a long period of time for the work he did in the Horn of Africa i.e. to destabilize the area where they can exploit the situation of instability for their own means to get what they wanted from that area.

The Phalestine issue is obvious in their vital  national interest, because they created an artificial state in Phalestina and maintained their interest in the Middle East at the expense of the Phalestinian people and the Middle East. They still maintain the idea  “That Israel survive as a free state.”  in the context of the US Vital National Interest in the area of a strategic importance to control and garranty their oil exploitation.  The number of  Phalestinan internally displaced and refugees in Syria and Lebanon is not as important as the safety of Israel.

What do one expect from the suppoerpoer in the Human suffering of these two nations? A benovelent concern to ease the population of these countries by supporting their cause in the UN, however as the commison concluded;

Today the US has greater power and fewer adversaries than ever before in American history. Relative to any potential competitor, the US is more powerful, more wealthy, and more influential than any nation since the Roman empire. “With these extraordinary advantages, America today is uniquely positioned to shape the international system to promote international peace and prosperity for decades or even generations to come.” Only a foreign policy grounded in America’s national interests can identify priorities for American engagement in the world. Only such a policy will allow America’s leaders to explain persuasively how and why American citizens should support expenditures of American treasure or blood.

Finally the Eritrean people and the Phalestinians should do rely on their own potential and ability to convince the world community that they have also the legitimate  right to live in peace and be considered as other peoples else where in the Horn of Africa and the Middle East.

There will be a chosen group considered non-violent and pro-USA entities. There will be the EDF and PFDJ senior officers and YPFDJ youth and those mostly Ethio-Eritrean entities with some inferiority Complexities still living in the Country and Ethiopian Involvement alla …………………………….Federation that would help the US and EU intrested to be garranted.

Excluded will be the ex-estudientes agush or lefties. The major ELF remnants living in Ethiopia but with some Ethiopian favourites based on Ethnic,religous and already based on trust.

Courting the Tigray Tigrigni Entities from both countries and eventually uniting both countries to satisfy the US vital interest in the Horn of Africa and the security garranty on the Red Sea and Bab El Mandeb and Bay of Tadjura area.

Dialema: The Saudia,Emerat and Preident Issays Afewrki Conivance to be resolved in a short period of tim.

Resolve: The Minerals,Potash and other natural resources in Eritrea sharing between The USA,Ethiopia and the new Eritrean provisional government…….based on Confederation with Ethiopia blessed by the USA.

The Eritrean people’s aspiration for Independence and Democracy will be vanishing, with the hope that the USA will have a chank of the RED SEA and the BAB EL MANDEB Entrance to the Red Sea!  The hegomony and Imperialistic dreams of the USA remains the same from the 19th Century and beyond! Emperialism Is the Highest Stage of Capitalism, Vladmir Lenin!

I pray to God that this machination would not happen in my life time!

We shall overcome even the National Interest of the USA in due course!