BY AARON MAASHO (Reuters) - Ten years ago, Eritrean migrant Habtu hunkered down on the vomit-stained deck of a creaking trawler on the Mediterranean Sea, making the final stage of his perilous bid to reach Europe. It 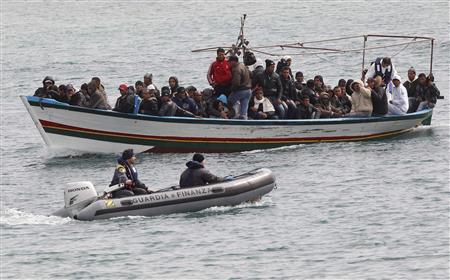 (Reuters) – Ten years ago, Eritrean migrant Habtu hunkered down on the vomit-stained deck of a creaking trawler on the Mediterranean Sea, making the final stage of his perilous bid to reach Europe.

It is a trip thousands of Eritreans attempt each year, fleeing one of Africa’s poorest and most isolated nations, a place where army conscription with pitiful pay can last years.

Many die on the trek. Probably all of the more than 360 migrants who drowned in a shipwreck near Italy’s coast in October were Eritrean, though many are still unidentified.

So the computer science graduate felt fortunate when his journey across a quarter of Africa via the scorching Sahara brought him to Malta – even if he had hoped to reach Italy, a former colonial power in the Horn of Africa.

But his luck ran out when his asylum request was rejected and he was sent home. Now 32, Habtu remains undeterred and wants to make the treacherous trip again, rejoining the flow of often well-educated Africans dreaming of a new life in Europe.

“Your only choice is to fight, and one way to fight is to make such journeys,” Habtu told Reuters in Mai-Aini, one of six refugee camps in Ethiopia housing 79,000 Eritreans. “You can’t continue this way.”

Officials say about 40 or 50 Eritreans cross into Ethiopia a day, using camps as way stations on their longer journey north.

Camp officials asked that only first names of refugees be used to protect families back in Eritrea, where rights groups say freedoms are trampled on by the state. Asmara denies this.

Yet, even if Habtu makes it on his second attempt, he may still face disappointment in Europe. Activists there say those who survive the dangerous trek often end up in badly paid and illegal work, scraping by as house helps or hawking on streets.

For some, it can be worse than back home.

“Europe is a mirage,” said Kossi Komla-Ebri, 59, a doctor who immigrated to Italy from Togo in the 1970s and who now works with the Afro-Italian community.

“People are drawn to Europe with a positive image in their heads. It’s a fatal attraction. They don’t realize they will be eating scraps under the table,” he said.

But Habtu’s case highlights the difficulty in stopping the illegal migrants, even when they have first hand experience of the dangers. Others have also not been deterred, even as news of the October shipwreck off Italy’s Lampedusa island filters back.

Many Eritreans who spoke to Reuters in Mai-Aini said quietly they still planned to make the journey to Europe from the camp, which lies perched amid craggy hills about 1,200 km (750 miles) north of the Ethiopian capital Addis Ababa.

“We need to do everything possible to stop this risky adventure,” said Moses Okello, who is the representative for the U.N. refugee agency UNHCR in Ethiopia, which manages the camps with their rows of cement block huts.

“However, no amount of positive intervention in the camps can stop those refugees who come with the intention to use Ethiopia as a transit point,” he said.

Many like Habtu have fled from compulsory military service, a requirement for everyone aged 18 to 50. It can run indefinitely. Habtu described a life of virtual servitude in the army, saying he earned a meager $20 a month.

Most Eritreans live in poverty. The country’s annual gross national income per capita in 2012 was $450, far below the $1,345 figure for sub-Saharan Africa, World Bank figures show.

Eritrea’s fiercely self-reliant government has turned down aid from the United States, saying such handouts will breed dependency in the nation of 6.1 million people, one of the least developed in the world with an economy based on agriculture.

Abdulkadir spent 10 years in Eritrea’s military, including serving in trenches on the frontline of a 1998-2000 war with Ethiopia. He said he was not paid enough to feed himself so he started an illegal trade in food to make ends meet.

He was caught and locked up in a makeshift cell – a metal shipping container in the searing heat of Eritrea’s Red Sea coast. Released after a year, he fled the country and reached Egypt. He was shot when trying to cross to neighboring Israel.

“We suffered a lot,” Abdulkadir said, rolling up his trousers to show a wound that means he now walks with a cane.

“We were also regularly beaten by the traffickers and the women among us were raped,” he said, describing treatment at the hands of Sinai Bedouins who had initially promised to help him and others across. He was then shot at the border and later sent back to Ethiopia where he had been registered as a refugee.

The route through Egypt to Israel was until a few years ago a common one for Eritrean migrants, but rising insecurity in Egypt’s Sinai which borders the Jewish state and a new Israeli fence with more patrols mean many now head westwards to Libya.

From there, traffickers offer berths that can cost more than $1,000 each on barely seaworthy vessels to Europe. Most migrants aim for Italy, though tiny Malta is where many also end up.

Of more than 32,000 migrants to reach southern Italy by boat this year, about a third are Eritrean, the United Nations says.

The final sea journey can be the most dangerous stage as the Lampedusa sinking highlighted last month. Habtu was on his boat for 34 hours being buffeted by waves before making it to Malta.

Eritreans blame their government for the tragedies.

“It is well known that the only person responsible for the shipwreck is the Eritrean dictator,” said Magda, 20, a political science student in Rome and daughter of two Eritrean immigrants.

“If there weren’t a dictatorship in Eritrea, 16-year-olds would not be escaping,” she said during a protest in Italy.

Eritrea dismisses charges of rights abuses. It says it has indefinite military service due to the festering border dispute with Ethiopia. It says conscripts also do development work.

After the Lampedusa sinking, Eritrea said the United States encouraged human traffickers to undermine the country.

“The prime responsibility for the gross loss of human life, as verified by concrete evidences, squarely rests on the U.S. Administration,” Eritrea’s Information Ministry said.

Washington, which has accepted 5,547 Eritrean refugees from the Ethiopian camps since 2009, rejects the charge.

“I think that’s nonsense,” Anne Richards, U.S. Assistant Secretary for Population, Refugees and Migration, told Reuters at the Mai-Aini. “This problem that prompts them to leave is completely the doing of the Eritrean government.”