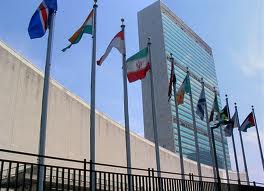 BANJUL (11 April 2013) – The United Nations Special Rapporteur on the human rights situation in Eritrea, Beedwantee Keetharuth, today regretted that the Eritrean Government continues to deny her access to assess the situation of human rights in the country, and announced she will undertake a mission to neighbouring countries to talk to Eritrean refugees.

“I have urged the Eritrean authorities to cooperate with my mandate, as required by the UN Human Rights Council,” Ms. Keetharuth said during the 53rd session of the African Commission on Human and Peoples’ Rights (ACHPR) in Banjul, The Gambia, where she held an ad-hoc meeting with the delegation of Eritrea in the margins of the event.

“In the meantime, I will engage with all others concerned by human rights in Eritrea, including those who consider themselves to be victims of alleged human rights violations, human rights defenders and other civil society actors,” she explained. The Special Rapporteur will present her first report on the human rights situation in Eritrea to the UN Human Rights Council in June 2013.

Ms. Keetharuth welcomed a call on the Government of Eritrea to fully cooperate with international and regional mechanisms and to implement previous decisions by the African Commission, made by the NGO Forum which preceded the regional meeting. During the NGO Forum, she introduced her mandate and exchange information on the situation of human rights in Eritrea with various stakeholders.

Earlier calls by the African Commission for the release of eleven former Eritrean Government officials detained in 2001, a fair trial for 18 journalists detained without trial since 2001 and the lifting of the ban on free press have remained unanswered by the State Party to the African Charter on Human and Peoples Rights.

From human rights defenders, the Special Rapporteur heard about the Eritrean Government’s blatant disrespect for the rights and dignity of its people. They highlighted the indefinite national service, forced labour, and arbitrary and incommunicado detention of those held in more than 300 prisons throughout the country in inhumane conditions.

They also stressed the alarming living conditions in a country where most people are struggling to survive on insufficient food rations, lack access to health care and are faced with frequent shortages of electricity, water and the absence of an independent press.

All these factors were presented to the UN independent expert to explain why thousands of Eritreans deciding to leave their home county per months despite the serious risks along the routes to where they hope their human dignity will be respected.

“I reiterate my hope that the Eritrean Government would consider the mandate of the Special Rapporteur as an opportunity to start a fresh and constructive dialogue on human rights issues that have been raised by the international community and other stakeholders,” Ms. Keetharuth said, while stressing that the primary concern of the mandate is to provide an objective, fair and impartial picture of human rights in Eritrea.

The human rights expert also expressed her expectation that the Eritrean Government would view her mandate as an opportunity “to safely and in all trust, address Eritrea’s compliance with its human rights obligations as contained in international treaties to which the country is a party.”

Beedwantee Keetharuth was appointed as the Special Rapporteur on the human rights situation in Eritrea during the 21st Session of the UN Human Rights Council in September 2012.  She took her functions on 1 November 2012.  As Special Rapporteur, she is independent from any government or organization and serves in her individual capacity.  A lawyer from Mauritius, she has extensive experience in monitoring and documenting human rights violations, advocacy, training and litigation in human rights in Africa.