The UK has deployed its most advanced warship to guard commercial shipments through a narrow strait off the Yemeni coast, through which most of Britain’s oil and gas supply travels, The Times reported on Wednesday. The deployment of 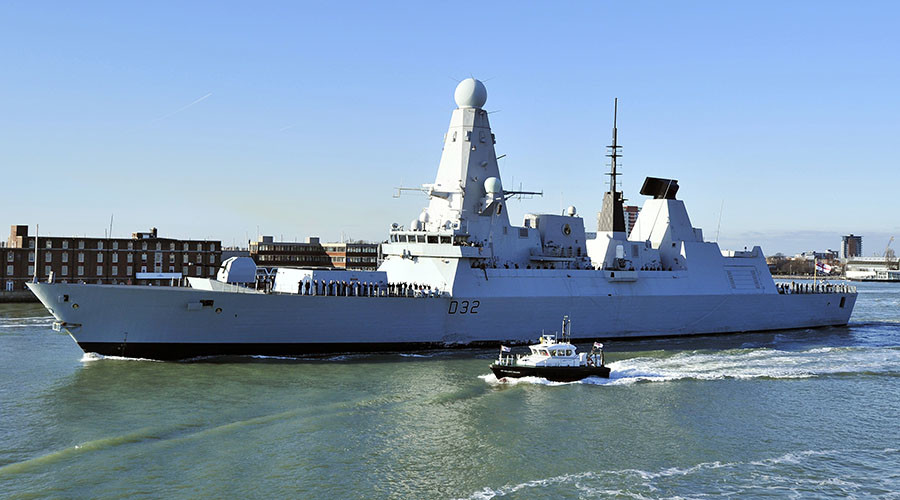 The UK has deployed its most advanced warship to guard commercial shipments through a narrow strait off the Yemeni coast, through which most of Britain’s oil and gas supply travels, The Times reported on Wednesday.

The deployment of the HMS Daring ship has not yet been made public due to the sensitive nature of having a British warship linked to the conflict in Yemen, the UK’s newspaper noted.

According to The Times, HMS Daring was on its way to join a mission in the Gulf, but was redeployed to the Bab al-Mandeb Strait, the waterway of global trade between the Mediterranean, the Suez Canal and the Indian Ocean.

The Bab al-Mandeb Strait – which links the Red Sea with the Gulf of Aden – has seen a recent spate of attacks on navy vessels and merchant tankers, which have highlighted the risk that the oil and gas trade in the region faces, with renewed piracy attacks as well as attacks connected with the civil war raging in Yemen.

Yemen has been the site of a proxy war between Saudi Arabia and Iran after Iran-allied Houthi rebels forced Yemen’s President Abd-Rabbu Mansour Hadi to flee to Saudi Arabia, Yemen’s neighbor to the north. The international community recognizes Hadi as Yemen’s legitimate leader. Since March 2015, the Houthi rebels and loyalists to Hadi have been fighting a civil war in Yemen, and forces in a Saudi-led Arab coalition are trying to restore Hadi to power.

According to Peter Roberts, a senior research fellow at the Royal United Services Institute, as quoted by The Times: “It is really critical that the strait stays open.”

According to a UK defense source, the warship is there to give “reassurance to UK shipping” in the strait, The Times says.

Iran, for its part, said yesterday that its Navy would escort all its tankers and other commercial vessels leaving the Iranian coast to ensure their safe passage through risky waters. Rear Admiral Habibollah Sayyari, the commander of the Navy force of Iran, explained that the Navy had been approached by the National Iranian Tanker Company to guarantee the safety of commercial vessels setting sail from Iran to the south, where they must pass through the treacherous Bab al-Mandeb Strait.

By Tsvetana Paraskova for Oilprice.com