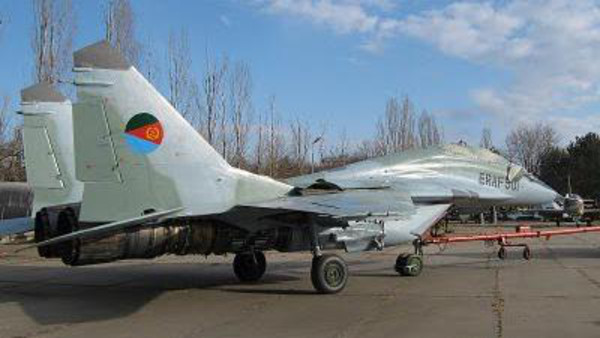 Sabq quoted Yassin bin Ahmed al-Qassem, a spokesman for the Jazan Emirate, as saying that F-15 planes were deployed when the Eritrean aircraft entered Saudi airspace without permission.

The Eritraen aircraft were military but used to carry equipment and not fighters, Yassin added.

Eritrea, which split from Ethiopia in 1991, is one of Africa’s most secretive states and dissent is dealt with harshly.

Located on the opposite side of the Red Sea to Saudi Arabia, it has long been at odds with the United States and is accused of human rights abuses by international monitors.

In January, dissident soldiers backed by tanks briefly took over the Information Ministry in Asmara, demanding all political prisoners be freed. Calm soon returned to the capital but Eritrean opposition activists in neighboring Ethiopia cite growing dissent within the army over economic hardships.

With a population of about 5.5 million, mass defections have become more common in recent years.

In February, 18 Eritreans who disappeared from their hotel during a football tournament in Kampala were granted political asylum by Uganda.

In April, Saudi media said an Eritrean military pilot sent by Asmara to reclaim a jet stolen by two fellow officers when sought asylum in the kingdom had herself defected.

The U.N. refugee agency says more than 250,000 Eritrean refugees and nearly 15,000 asylum seekers live across the Horn of Africa.