Thousands of Christians leaving Eritrea because of persecution, report finds

premier.org.uk By Aaron James A report by an anti-persecution charity has said 1 in 12 people in Eritrea, many of them Christian, have now fled the East African state. Release International's report describes Eritrea as 'one of the 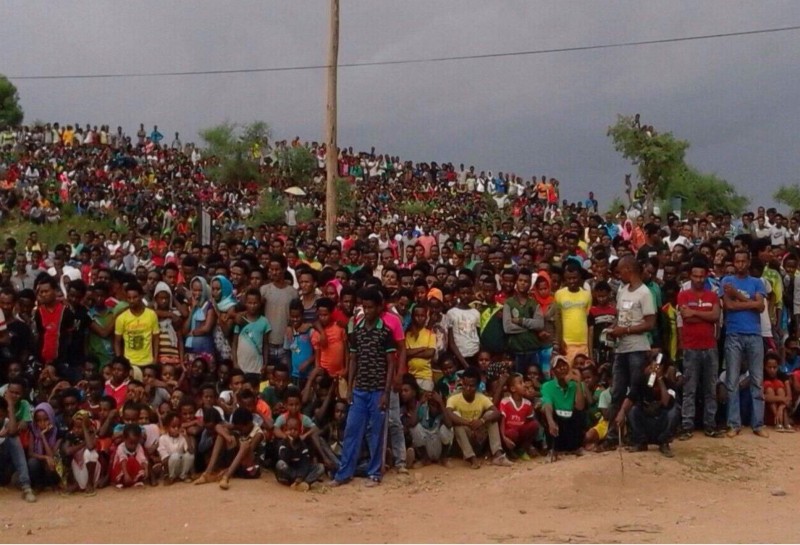 A report by an anti-persecution charity has said 1 in 12 people in Eritrea, many of them Christian, have now fled the East African state.

Release International’s report describes Eritrea as ‘one of the world’s fastest emptying nations’ and the ‘North Korea of Africa’, with many of the 40,000 who fled to Italy last year being Christians.

For the past 13 years the government has been persecuting believers there and all evangelical and independent churches have been closed.

Dawit, who was among hundreds of Christians jailed and tortured for his faith in Jesus, said: “Eritrea is under a dictatorship.

“There is no law and no justice. When I was living in Eritrea I was arrested because of my Christian faith. That’s why I left.

“In Eritrea almost every Christian faces imprisonment. That’s why I was in prison.”

The report says many Christians who have fled the East African state are now living in makeshift refugee camps in neighbouring Ethiopia (below).

Deborah, who is in the camp, said: “Please pray for protection for us as we share our faith under enormous pressure. Pray for wisdom and for the Holy Spirit to lead us.

“Pray for Christian prisoners that God would strengthen their faith while in jail. Pray for justice to come to Eritrea.”

Berhane, who also fled to Ethiopia, added: “We believe there are over 300 Christian prisoners at the moment.

“Most of them have been in prison for over ten years and they are suffering for lack of food and proper hygiene and proper medical care and even some of them have lost their lives.”