The workshop on migration: a perspective on the Horn of Africa.

This workshop was held on Nov. 9 in Altiero Spinelli Building of the European Parliament. About 60-70 attended the public hearing- most of whom were university students of international relations.  There were two sessions, with 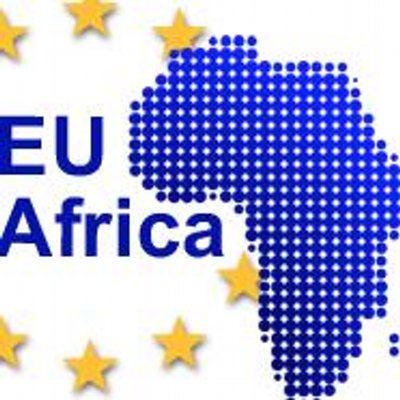 This workshop was held on Nov. 9 in Altiero Spinelli Building of the European Parliament. About 60-70 attended the public hearing- most of whom were university students of international relations.  There were two sessions, with the second dominated by Eritrean speakers. It was about 3 hours long hearing.

It was said  at the opening that  the hearing was hurriedly organized, but it was held at the eve of the EU-Horn of Africa meeting, and the official set up of the 600 million Trust Fund- to which non-EU European countries like Norway have agreed to contribute.

The hearing did quickly turn into a discussion or sessions on Eritrea- much different that the topic of the hearing suggests. Only one speaker- a lady by the name Kloe Tricot,  a policy and advocacy officer for Safeworld- concentrated on Khartoum Summit, and its wrongs in relation to Sudan. This concentration on Eritrea did lead Hans C. Stausboll- EU man, in charge of the development coordination for east Africa- to talk on EU’s recent action plans vis a vis Eritrea.

To start with Kloe Tricot’s outline, she did criticise Khartoum Summit- during which 3.1 billion was promised for EU-Horn Africa plan of action; she doesn’t believe that the action plans will improve the management of migration, upgrade the control posts at the borders of the Horn countries, curb the inhumanity of the human traffickers, and  create a sustainable development in the countries. She said that the summit was hastily arranged for the sake of curbing the flow of migrants from the Horn of Africa, and she lamented a) EU’s neglect to its own core principle of defending human rights,  and b) EU’s preference to deal with the symptoms- instead on the causes of migration- and c) engagement with  the dictator in Khartoum, whose security forces permit the human traffickers to continue, and whose army are bombing villages. She said that the engagement is providing legitimacy to the dictator and more dangerous, it opens the doors for other dialogues and opportunism- leading to further de-prioritization of human rights, which other Eritrea-related speakers did stress on as well. She concluded that Khartoum Summit- which Italian government played a major role in organizing it- is not in the interest of EU.

The grave concern of EU’s involvement with and the financing of the regime in Eritrea was detailed by many speakers, before  H. C. Stausboll took the floor. Glenys Kinnock- once best friend of EPLF, a member of Free Aster, etc , and who read her 9-pages  via video during the workshop- stated that “there must be no compromise with Eritrea’s tyrannical Afewerki regime”, and she added that “nothing can obscure the fact that Ertreans are being terrorised and trapped in what amounts to enslavement; she said that the cruelity of the regime in Eritrea is detailed in the recent report of UN commission report, and she pointed out that a member of the Un commission of inquiry said “we seldom see human rights violations of the scope and scale a we see in Eritrea today”. Martin Plaut- former BBC man in Sub Sahara Africa, and is currently a fellow at the institute of commonwealth Studies in London-, made also a forceful plea against EU’s plan to finance the regime in Eritrea, which he described as a uniquely bad, even by Sub Sahara Africa standard. He reminded the audience in general and H. C. Stausboll in particular that a) EU’s previous dialogue with Isayas Afewerki’s dictatorial government ended miserably, despite the attempts of EU and personal engagement of the Belgian Louis Micheals- who had hoped to fly back to Europe with the imprisoned journalist Dawit back in 2009, b) Eritrea is unsuitable to have relationship with EU, and Eritrea is likely to pursue with its destabilization of its neighbours with sufficient EU fund in the dictator’s coffer, and c) Eritrea’s despicable regime won’t allow a supervision of utilization and implementation of the projects and programmes in the country. ( Many of these points were also repeated by the many Eritrean speakers.)

Mr. H. C. Stausboll – whom people like me were anxiously waiting to hear- said that he and others are aware of situations, and he argued that nobody expects a quick fix, and progress; he stated some projects will be successful after 5o years. He admitted that EU is under pressure  to use part of the fund in relation to migration, with the high proportion to be spent on sustainable development. Mr. Stausboll added that EU is not intending to de-prioritize its core principle- or neglect its stress on human rights-, and he pointed at what he refered as the  immense positive role of the Summit and Trust fund- in eliminating or preventing the consequences and dangers of the 2.4 millions and increasing displaced persons within Horn of Africa. (More displaced persons or refugees within the region can trigger inter-state wars, and high political instability, among other, and EU fund will, according to him, prevent the dangers. According to him, it encourages political inclusiveness inside countries. and assists in the creation of employment of youth and women; he argues that the Khartoum fund, etc will decrease displacement, increase educational opportunities and increase return of onetime refugees. (He listed other benefits of the fund, including having more electricity, and less rights violations.)

The EU man said that a) an isolation of the government of Eritrea is not a good option, and an engagement is the preferred option- which EU believed in since years, and b) no fund will be provided in cash, and no money will disappear in bottomless hole. He wishes to have a dialogue with the European Parliament- a body which is so far uninformed, at least officially-, and he promises to take note of the concern of the speakers. (He said somewhere that the Trust Fund is largely created in order to permit some flexibility, which the Khartoum Summit fund seem not to allow; I think he didn’t go into detail as what that flexibility entails.)

During the second session, the Eritrean speakers reminded the EU man of their dismay to hear the financing of the brutal government in Asmara, which is lead by a leader who is destroying the nation and suffocating the population. One added that an immense regional instability is more probable than not with Isayas at the head of a government and with enough money- including EU Fund- at his disposal. It is throwing good money after bad, according to one Eritrean speaker. The Eritreans called on EU to put an halt to such financing plan to such government in Eritrea, and they advised EU to assist the opposition, and the refugees in Ethiopia and Sudan- the same advices which were forwarded back in 20009.

There was enough time for question and answer session. One young American- who is probably one of the students- suggested that a military option is the option, in view of the highly cruel leadership in Eritrea, extreme risk of the exodus, the inhuman treatment of the traffickers, and the failures of previous attempts to have dialogue with Asmara. ..No military, answered an MEP rather quickly.

One Note.  I have provided a brief account of the workshop; any mistake is mine.