I am glad the UN is planning to lift the sanction. But it is important, and timely to ask why the sanction was placed in the first place? And who was responsible? We should not 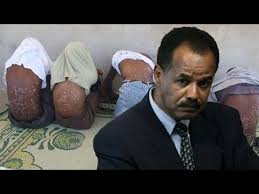 I am glad the UN is planning to lift the sanction. But it is important, and timely to ask why the sanction was placed in the first place? And who was responsible? We should not forget the root cause, and the chain effect that followed. The first step was the PIA single handily escalated the border conflict to a war to prolong is power.  Ethiopia failed to win the war on the battle field, and launched a diplomatic battle. We lost the diplomatic war, thanks to our stubborn PIA. Ethiopia was able to bring the super powers and African countries to its side to fabricate a rezone, and slap Eritrea with a sanction. Not because the world was out to get us, as the PIA wants us to believe. If that was the case , look at Iraq, and Libya. But because the PIA was planning to destroy Eritrea’s economy, as it is evident now, this was a blessing on disguise. And he used it as a cover for all his ill intentions. The sanction was only for arms, military related products, and not economic sanction. Why is the UN lifting the sanction now? Ethiopia wanted it lifted. What are we going to pay for it?  God only knows. On the last 4 months PIA lost 2 covers. He can’t blame woyany anymore, and he can’t use sanction as excuse anymore.

In the coming days you will observe a lot of celebration by the Government. They will declare victory, as if   the lifting of the suction is the result of our able leader, and we should trust him. And they will give us a lot of false hopes. Don’t be confused by this drama. If there is going to be any economic progress in Eritrea, the constitution needs to be implemented. Policies that encourage nationals, and foreign investment needs to be put in place. Banking systems and all ministries need function, as they should. And all nationals need to be invited to play a role in their own country.

Peace and Liberty to Eritrean people!