The Pitfalls of the Eritrean Opposition (for Justice) Camp: Lack of a Coherent and Unified Message for a Democratic Transition in Eritrea

Gebre Gebremariam (Dr.) History attest to the fact that if any movement for democratic transition in Eritrea is to succeed, it will require the active participation of the people (mass of people) struggling in unison. However, 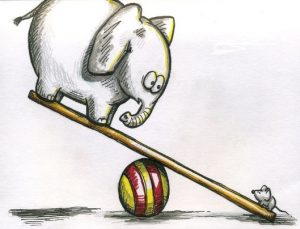 History attest to the fact that if any movement for democratic transition in Eritrea is to succeed, it will require the active participation of the people (mass of people) struggling in unison. However, people join a movement only when they perceive the movement reflects the aspirations of the people and when they view the leadership as being capable of leading the movement to victory. This is what is missing in the Eritrean struggle for democratic change. Instead, what we have is “disunity” which in turn has led to a loss of trust and confidence in the ability of the movement to achieve the stated goal of democratic transition. Furthermore, this loss of trust has resulted in the further division (atomization) of the Eritrean society. Consequently, a deep sense of hopelessness and defeatism has been becoming the new normal in the Eritrean political landscape. Hence, there is an urgent need for a revolution by a broad coalition to reverse this unfortunate phenomenon.

To be successful, the broad coalition has to be a coalition of commitment and not just a coalition of convenience.  This all depends on the central features such as how and why the coalition is to be formed, the nature and characteristics of the coalition partners (member organizations), and the roles and influences of foreign entities (interest third-parties). If the philosophy behind forming the coalitions is, for instance, nothing beyond the necessity to get rid of Issaias from power – “an enemy of my enemy is my friend” type, the coalition will be brittle and fragile institution and ultimately it is doomed to fail. Besides, it is not possible to form a working coalition among organizations with diverging political and policy orientations because the coalition will not be able to overcome obstacles to its survival and keep going in the face of the disintegrative forces that jeopardize its existence. In this case, it is only possible to form a coalition of convenience on ‘minim program’ but coalescing along a ‘minim program’ is not the right approach of alliance formation in the context of Eritrea.

Eritrean political organizations in the opposition camp do not have common visions on the pillars of nationhood – sovereignty, unity in diversity of the people, territorial integrity, stance on justice and rule of law, and constitutional governance. Neither do they have common readings on who the main enemy is and on the reality on the ground in Eritrea. Some of them never adjusted to the post-independent Eritrean reality; they are still living in the pre-independence era mentality. Besides, this camp is  composed of entities not only with divergent strategic interests and objectives but also some of these entities had and have strategic objectives which are remotely associated or related to the national interest of Eritrea. In a nut shell, the internal dynamics of this camp is very regressive, to say the least.

Although it failed, one of the greatest experiment of grand coalition formation in the Eritrean Opposition Camp was Eritrean Democratic Alliance (EDA). The partners of EDA were unbalanced in almost all dimensions – human and financial resources, commitment to justice and democracy, degree of infiltration by foreign elements, degree and intent to serve foreign interests, extent of investment (cost paid) in the struggle for independence, etc.  Under normal circumstances, you would expect that the center of gravity will fall in the entity with the greatest mass and the system remains stable and move in the direction of the force with the greatest thrust. But, that was not the case with EDA because EDA was a mutated stuff which abhorred nature. In the EDA world, the smallest was the biggest, the weakest was the strongest, the dictator was the democrat, the parochial was the nationalist, the renegade was the law abiding, the divider was the unifier, etc. – the opposite of the normal nature. EDA agreed to pass its decisions on consensus and this empowered the weakest and the smallest in the alliance to impose their will on the rest. These small forces were made to be strong enough to disturb the system and as a result chaos and entropy increased which made EDA unstable, unproductive and antithesis to the Eritrean national interest. Besides EDA (2005), there were many failed trials to bring the Eritrean Opposition organizations together such as Alliance of Eritrean National Forces (AENF, 1999), Eritrean national Alliance (ENA, 2002), Eritrean National Congress for Democratic Change (ENCDC/ባይቶ, 2011), and a failed trial to revitalize EDA (ዋዕላ, 2014). Eritrean Civil Society Organizations and Eritrean Youth Organizations have not done better jobs either. Like the political organizations, they are also characterized by lack of consistent political agenda, fragmentations, frequent splits and mergers, parochial or highly personalized form of organization, and lack of transparency.

Under normal circumstances, when forces come together and form alliance, the balance between the degree of competition and cooperation shifts in favor of the latter. In the case of EDA, the history of the last decade tells us otherwise. Instead of cooperation, competition became the norm. Political assassinations became rave and it is continuing unabated. Most of the culprits of these phenomenons are the weak and the small elements in EDA. Most EDA member entities are not only very weak but they totally depend on foreign supports for their daily survivals. EDA is a way of life and livelihood for most leaders and members of these entities and since EDA is heavily financed by foreign governments, these entities are main gateways for foreign interference in the affairs of Eritrean opposition camp. It is generally understood that that most of these people need employment or source of income at this time of their late ages. What is worrisome, however, is it is becoming at the cost of compromising the national interest of Eritrea.

Most political organizations in the Eritrean Opposition Camp individually are very weak financially. These weaknesses have been exploited by foreign forces, particularly Ethiopia, to weaken and divide the Eritrean opposition in general. Ethiopia does not want a united and strong national Eritrean opposition force. Ethiopia does not have a healthy and clear agenda towards Eritrea. Instead, Ethiopia has been actively working to create ethnic consciousness by sponsoring the creation of ethnic and region-based small groups with sub-nationalistic agenda.  It is not also a secret the fact that Ethiopia has been helping and encouraging the weak and small entities within the Eritrean Opposition Camp to destroy any possibility of forming a viable and working grand coalition. It seems now that they have almost achieved their objective of dividing the Eritrean opposition as a step towards their grand agenda of destroying Eritrea as a national entity and its people as a society. Contrast this with: One of the strengths and hence the ultimate source of our success in securing a sovereign Eritrea was our unity in our purposes as a society. The current leaders of Ethiopia know this very much and they rightly consider it as the greatest hindrance to their agenda towards Eritrea. Thus, it is prudent and natural on their side to start destroying it systematically.

Hence, a cursory revisit to the history of Eritrean Opposition Camp during the last two plus decades shows us that coalition formation is a failed experience in the Eritrean struggle for justice, democracy, rule of law, and human rights. Alliance formation should follow a scientific approach. Forces with divergent strategic views cannot form a dynamic and growing alliance. Partners in an alliance should have to have the same or similar views on the fundamental and principal issues. In the context of Eritrea, forces that want to form an alliance at the national level, should have to have the same or similar views at least on the following issues:-

An alliance which is not financed from internal sources is always weak and liable to foreign interference. Thus, an alliance should have to have a public support, be transparent, and accountable to the people. In the event of conflict, the ultimate arbitral should be the people through its denial of its support to the culprit and vice versa.