(London 04-02-2015) Over a hundred UK based Eritreans participated in giving evidence and insight into the human rights violations taking place in Eritrea to the UN Commission of Inquiry on human rights in Eritrea, during 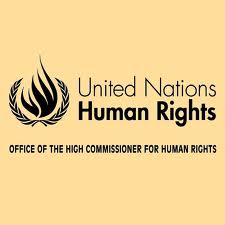 (London 04-02-2015) Over a hundred UK based Eritreans participated in giving evidence and insight into the human rights violations taking place in Eritrea to the UN Commission of Inquiry on human rights in Eritrea, during their investigative visit to the UK from the 23rd to the 31st of January.

A coalition of Eritrean human rights organisations based in the UK supported the mission by   mobilising the public, raising awareness and supporting victims who volunteered to give testimony, evidence or information about human rights violations in Eritrea. Although many victims found the process emotionally taxing they nonetheless expressed   willingness and continued to engage in a process that is anticipated to bring forth a ground breaking focus on human rights violations being perpetrated in Eritrea.

Basing themselves in London, Birmingham, Manchester, Leeds and Glasgow the investigation team met with victims and families of victims who have first-hand information on extrajudicial   killings, arbitrary arrests, torture, disappearances, violations of religious rights, gender based violations, violations against national service conscripts, violations of freedom of expression and association and much more. Additionally there were focus group meetings held in the presence of the Commissioners who were provided with insight into the background against which the individual violations are being perpetrated.

In response to the large number of people willing to come forth with their evidence both here in the UK and across many other Eritrean communities, the Commission has extended the deadline that was due to expire on the 31st of January 2015.for a period of one month. The new deadline for written submissions is 28 February 2015.

The UK based consortium of human rights organisations would like to take this opportunity to thank all those who took part in giving   testimonies individually or as participants in a focus group as well as the many groups and individuals who facilitated workshops and information sessions and facilitation of individual and group interviews.

The Consortium would also encourage all Eritreans, victims of direct or indirect violation of their dignity and human rights or who have information about those violations to contact the Commission directly at the following email address: coieritrea@ohchr.org

Further information about the Commission can be obtained from their website: