Swiss: Eritreans fought one another instead of celebrating – 9 injured

Hundreds of Eritreans gathered on Saturday night to a party in the town hall Dietikon. When a group of strangers to hard dazustiess, there were wild brawls. Nine people were injured, several arrested. Several fights in 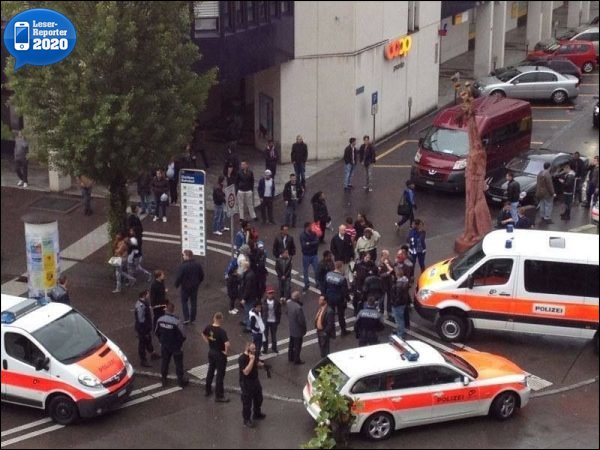 Hundreds of Eritreans gathered on Saturday night to a party in the town hall Dietikon. When a group of strangers to hard dazustiess, there were wild brawls. Nine people were injured, several arrested.

Several fights in Dietikon and a large deployment of Zurich cantonal police – as the organizer of a festival Eritrea have not presented their cause. Hundreds of visitors were expected on Saturday night at the Stadthalle Dietikon. Many festival-goers were already in place shortly after 18 clock when another group of strangers joined to.

A short time later it came between the fixed and participants of this group to a brawl that resulted in several injuries. When the Canton police intervened, some people fled towards the city center Dietikon where it was then in different places at other fights. The police, who had been with a bigger squad in action, had to summon up more patrols to bring the situation under control. Nine injured persons were rushed to nearby hospitals. In addition, the police arrested several parties and handed over to the prosecutor.

The background to the conflict are at the moment not yet known how the Zurich cantonal police announced. The ceremony was then restarted, but the police kept the environment in mind all night.
As a spokesman for the State Police said the surveys are not yet complete. One can therefore not give any information about the background of the attack. But be sure that a racially motivated attack could be excluded.

According to an eyewitness, there were Eritreans who were at each other mutually. Not an isolated case: Time and again in Switzerland skirmishes between pro-government and anti-government groups. The SRF reported in 2012 even by government spies disguised as asylum seekers who collect protection money from local Eritreans. According to Toni Locher, Honorary Consul of Eritrea, it should be the perpetrators of Dietikon an Eritrean thugs who would be financed from Ethiopia. “Since 2008, this group attempted to disrupt all major Eritrean events in Switzerland,” says Locher, who was also on site. “They attacked even women and children.”

Also when Dietikon station there were several skirmishes, in which Eritreans were involved. (Picture: 20 minutes / reader-reporter)