Leading Sudanese opposition groups on Saturday called for a three-day nationwide strike against fuel subsidy cuts even as security forces cracked down on activists in a bid to quell sporadic protests. The authorities announced a 30-percent 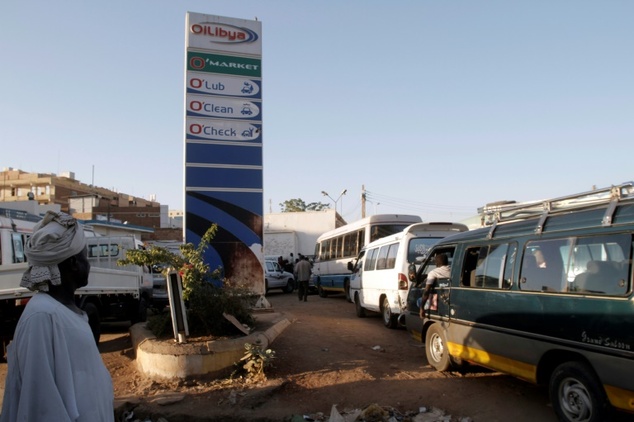 Leading Sudanese opposition groups on Saturday called for a three-day nationwide strike against fuel subsidy cuts even as security forces cracked down on activists in a bid to quell sporadic protests.

The authorities announced a 30-percent hike in petrol and diesel prices this month that has led to a stiff rise in the cost of other goods, including medicines.

Since then groups of protesters have staged rallies in Khartoum and some other towns, which have been swiftly dispersed by anti-riot police.

A previous round of fuel subsidy cuts in 2013 sparked serious unrest that was only suppressed with a deadly crackdown that drew international condemnation.

The government is determined to avoid any repetition and has rounded up more than a dozen opposition leaders over the past few weeks to prevent widespread protests.

Several protesters including women have also been put on trial for staging rallies in the capital.

Despite these arrests, leading opposition groups and activists on Saturday called for a three-day strike starting Sunday.

“I’m calling on the Sudanese people to start demonstrating and launch a three-day strike for overthrowing this regime,” Sadiq al-Mahdi, head of the opposition Umma Party, one of Sudan’s oldest political institutions, said in a statement.

The opposition Sudanese Congress Party gave its support to the strike, saying “the call was a result of a movement that started years ago to overthrow this regime”.

“We support this struggle of the Sudanese people against the regime,” said the leftist National Consensus Forces alliance in a statement.

“We are calling on our members across Sudan to join this movement.”

Government officials and leaders of the ruling National Congress Party were not immediately available for comment.

Similar fuel subsidy cuts triggered the deadly unrest of 2013, which rights groups say left about 200 people dead. The government puts the death toll at less than 100.

President Omar al-Bashir’s regime has been forced to progressively reduce fuel subsidies since 2011 when South Sudan seceded and took with it nearly three-quarters of the formerly united country’s oil reserves.