Kassala — Police in Kassala detained fifteen Eritrean refugees and prepares to bring them to trial, for illegally entering eastern Sudan. On Tuesday the police arrested the group of Eritrean asylum seekers during border control activities. 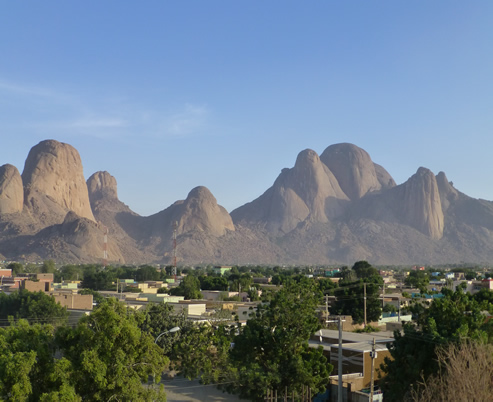 Kassala — Police in Kassala detained fifteen Eritrean refugees and prepares to bring them to trial, for illegally entering eastern Sudan.

On Tuesday the police arrested the group of Eritrean asylum seekers during border control activities. The group is being held in a prison in Kassala, awaiting trial, a source from Kassala told Radio Dabanga yesterday.

As reported by Radio Dabanga this week, Sudanese courts deported 104 Eritrean refugees in August, and sentenced others to imprisonment for their ‘illegal infiltration into the Sudanese territory’. Among them were 30 young asylum-seekers, deported to Eritrea according to a ruling by the Kassala city court on 28 August. They were brought to the immigration police and returned to Eritrea through El Laffa crossing the next day.

Funding by the European Commission to the Sudanese government earlier this year, to be implemented under the EU Emergency Trust Fund for Africa, contains a development aid package of €155 million, “improve migration management processes” and “to tackle the root causes of irregular migration in the country”. Including the amount of €40 million that is appointed to Better Migration Management, supporting this process in Khartoum.

Responding to the reports about Sudan’s deportation of Eritrean asylum seekers, on Wednesday the UN refugee agency (UNHCR) expressed its concern that “these asylum-seekers do not appear to have had their claims adequately heard, and they were deported on charges of illegal entry into Sudan which is not supported under international refugee law.”

Sudan is one of the main transit countries of eastern Africans who want to travel to Europe by sea, according to the UNHCR. Local human rights advocates and several members of the European Parliament questioned the effectiveness of human rights provisions attached to the EU assistance package to Sudan after protesting Ethiopian refugees were brutally dispersed and arrested by Sudanese riot police in February 2017.