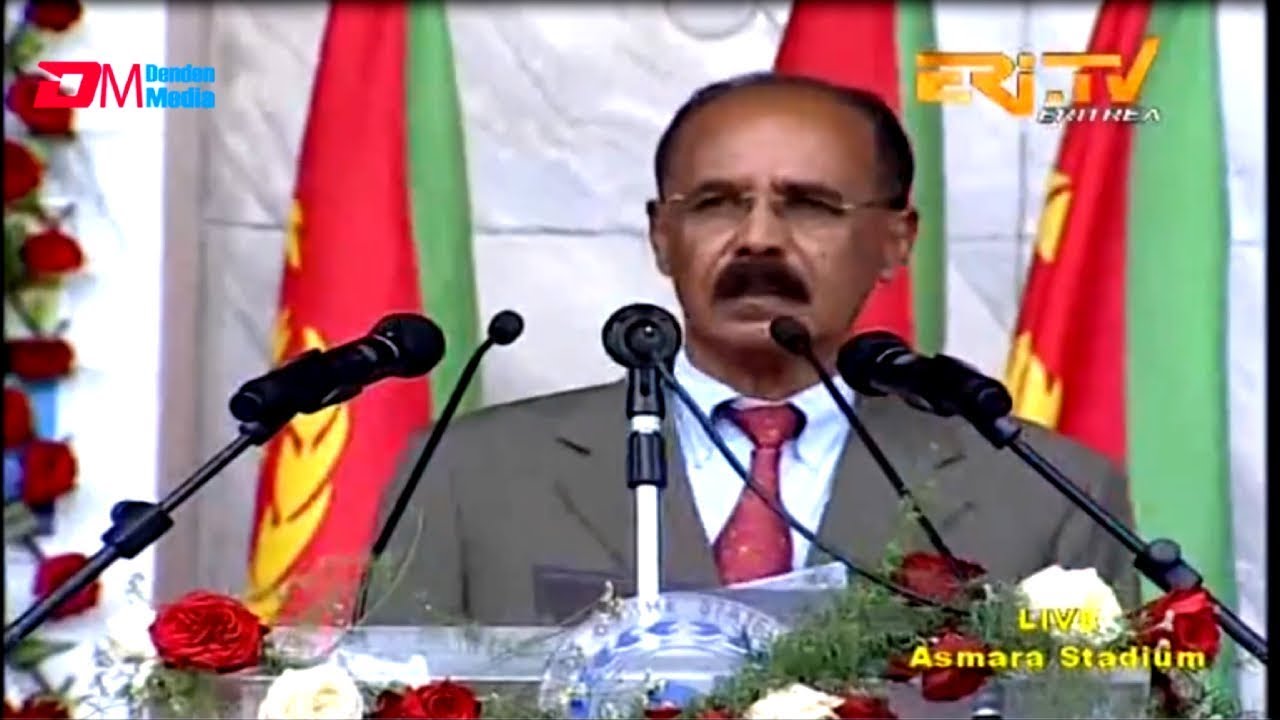 Yesterday, 25 May 2019 was the 28th anniversary occasion to congratulate each other for the INDEPENDENCE and LIBERATION of Eritreans  >>> even though, shocking as it may sound,  the Eritrean people are not liberated nor independent in the TRUE meanings of the words.  On the other hand, Issayas has a solid reason to celebrate the DAY where his true mission on Eritrea came to fruition with extraordinary success. He worked for it for a period of thirty-years – silently, patiently, steadily, treachery — and came out conquering the Eritrean population and became our unchallenged Ruler. Unsurprisingly, he will continue to do so until he reached the age well beyond the senile age of ninety. After all, he said it to a colleague in a moment of free atmosphere with a glass of spirit: “ከረእየክኡም  እዬ”። Indeed, he did and would no longer be a surprise if he transferred it to his off-springs. So, YESTERDAY  was the 25th of May celebration of the unchallenged success of Issayas Afewerki Abraha Miratch.

But not all is lost. YESTERDAY was  also a remembrance day for Eritreans who fought gallantly for thirty-years to liberate Eritrea from Ethiopia, regardless of the unexpected final shocking result concocted by internal force, resulting in Eritreans finding themselves transferred from Emperorship absolute dictatorial regime of Ethiopia to a new indigenous absolute dictatorship of Eritrea. The pure-hearted Eritreans have no choice but to accept their mysterious curse [መርገም] and dance, dance, and dance to the wee hours of the night as a solace for their mysterious misfortune.  That is the only way that Eritreans can retain a sense of normalcy in THEIR LIFE. If it is any consolation, Eritreans may wish to find a solace  [a sanctuary]  out of recognition of similar history taking place by others around the Globe.  Just look at our Dear Africa.   We are not different.

But let us stick to Eritrea: is there a salvation to Eritrea? Before we answer the question, it would be prudent to reflect upon the inherent ancient sociological composition of Eritrea ITSELF. Let us be honest to ourselves. Eritrea has overwhelming Scholars of the highest calibre in the world to help us decipher the ‘ins’ and ‘outs’ of our history >>> good as well as the shameful parts of our nature. Let us also be honest: During the last twenty six years, what have our Scholars achieved  to direct Eritrea as the right track of socioeconomics and political institutions for the benefit of the Eritrean people?   NOTHING! Conveniently, the excuse and blame fall on the self-appointed Dictatorial President of Eritrea. I rush to add: it is not to deny the devilish character of Issayas. In any case, the people of Eritrea are forced to look upon (once again) on the famous Eritrean Freedom Fighters (ተጋደልቲ ) to approach their comrade in arms  to honour their promise to their faithful civilian Eritrean people who were their faithful back bone during the 30-year liberation struggle.  Alas, sad to say, there wasn’t – and still there isn’t — a blip of sound from them!!!  It is a mysterious phenomenon, where the world renowned Eritrean freedom fighters found themselves wordless to ’correct’ the trajectory of their comrade in arms.   And so, Issayas has a free hand to accomplish his long-hatched grievances [bordering hatred] over the Eritrean people.

And the people of Eritrea are (to use a common expression) left hanging to dry and wither away. What is then left on the open field, is for the daring Issayas Afewerki Abraha Miratch to have his way and accomplish his ultimate agenda, with extraordinary patience and ingenious manipulation. But WE are not free yet with excuses. The foundation of Issayas’ success is One and ONLY ONE i.e. The FAULT LINE of ERITREAN MAKE-UP.  YES, the COMPOSITION of Eritrean MAKE-UP. Nothing else.  And no  mountain denials is going to change the realty (the make-up) of Eritrea. So, we go dancing in front of HIM [the majesty of Eritrea]  displaying our subservient to our BELOVED MASTER >>> of course,  in the name of Eritrean LIBERATION & INDEPENDENCE DAY, whether we like it or not.

Why do we Eritreans behave they way we do?  It is in our mysterious nature. Take for example, the factual history where Eritreans fought among themselves and massacred EACH OTHER in the middle of a simultaneous war against a common ENEMY!!! It must be a world record for a mysterious behaviour where ‘brothers liquidate each other while simultaneously fighting a common enemy!!!  If – for a moment — we pretend to act like psychiatrist or psychologist we may be forced to conclude that we are our own eternal  ‘ENEMY’. But, unsurprisingly,  we try to cover it by a mountain of website insults to anyone questioning our sociological behaviour. We are extremely sensitive when a trace of sociological issue is raised. An Eritrea can withstand any problem or difficulty but completely goes berserk when it comes to the reality of Eritrean composition.  So, the TRAGEDY goes on,  and on, and  Eritrea  will continue to pile-up  more colonial history of subservience and Eritreans will continue to roam around the Globe  with dancing [ጓይላ] for the yearly celebration of  LIBERATION  & INDEPENDENCE Day,  under the master guidance of our orchestra.

Mysteriously, one day, the Good Lord way up in Heaven may decide to change his mind about Eritreans and would give us a break  from our sordid behaviour. Amen and Inshalah [in alphabetical order, please].  THE END