Skirmishes between Ethiopian and Eritrean factions are not a rarity in themselves. However, on 12 June, a serious confrontation occurred, leading Eritrea to ask the UN Security Council for an intervention. While examining the current 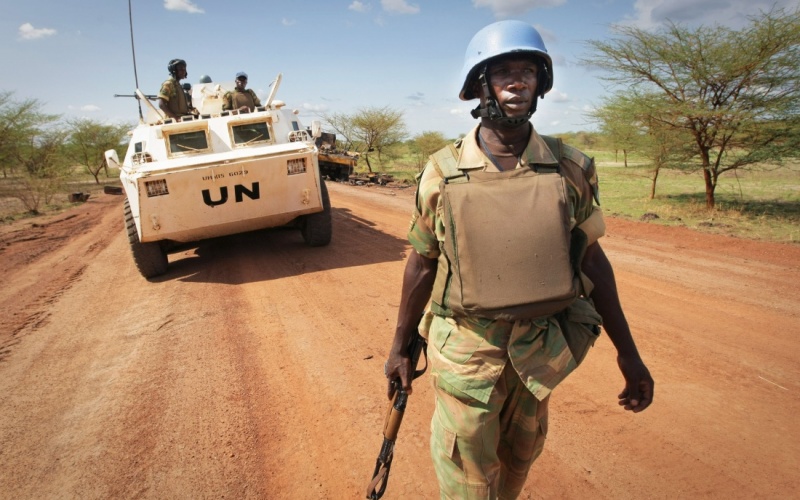 Skirmishes between Ethiopian and Eritrean factions are not a rarity in themselves. However, on 12 June, a serious confrontation occurred, leading Eritrea to ask the UN Security Council for an intervention. While examining the current state of affairs, it is useful to frame Eritrea’s reality within the regional context. What are some possible implications of increased violence, and how does Eritrea fit into the broader region’s puzzle of alliances and enmities?

The recent clashes in June over border disagreements are the deadliest since the Ethiopia-Eritrea war of 1998-2000. The situation is either ripe for escalation, or could serve as a stark reminder of the past and lead to intensified diplomacy. The attack on June 12 occurred in the Tsorona region between the two countries. While both sides have accused the other of sparking the confrontation in which at least several people were killed – very little information has reached international media. 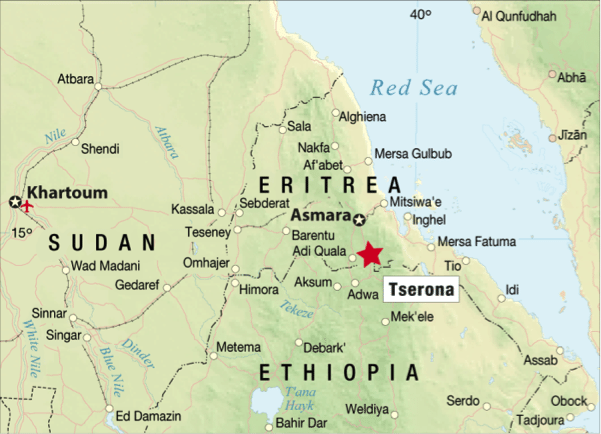 Press freedom in Eritrea is ranked at 94, with 100 being the most repressive. Citizens go to great lengths for permission to leave the country legally, and more frequently, illegally with human smugglers on dangerous overland journeys.

Under the authoritarian rule of Isaias Afwerki since the country reached statehood in 1993, Eritrea been infamous for oppressive government practices that include a pervasive militaristic culture and conscription service that can last for decades. As a result, it is isolated, with the possibility of becoming increasingly more so as it was recently recommended for referral to the international Criminal Court by a United Nations report that highlighted numerous human rights abuses.

While some sources state that the UN report showed some research bias, the fact that 35,500 Eritreans fled the country in 2015 alone – making it the ninth highest refugee-source country worldwide – cannot be ignored.

After the Ethiopian-Eritrean war of 1998-2000, Eritrean government spending was diverted from social and economic development needs to bolster military and defense capabilities. This has largely continued for the past sixteen years and fostered an unparalleled level of societal militarism. Another major repercussion of the war was the withdrawal of international aid organizations that had been working to alleviate poverty in Eritrea.

In addition to the alienation from the international community, lthe declining economic situation would only be aggravated by another conflict with Ethiopia. Rich in extractive substances, Eritrea was previously a site of foreign interest and investment. Eritrea does not have a reason to spark a real conflict given theimpacts of the war that ended just 16 years ago. In addition, the European Union decided to bestow a $200 million dollar aid package on Eritrea to boost energy capability and good governance, evidently in a move to decrease the flows of asylum seekers and migrants to Europe’s shores. Of refugees crossing the Mediterranean in 2015, the 4th largest populations were Eritrean.

An important development is that both Saudi Arabia and the United Arab Emirates (UAE) have started utilizing vast stretches of Eritrean coastline to build up their military reach. Speculation at the time of writing, satellite imagery has pointed to the construction of a new naval base near Eritrea’s Assab port, utilized by UAE vessels. Previously, the UAE has leased the Assab port for similar reasons. 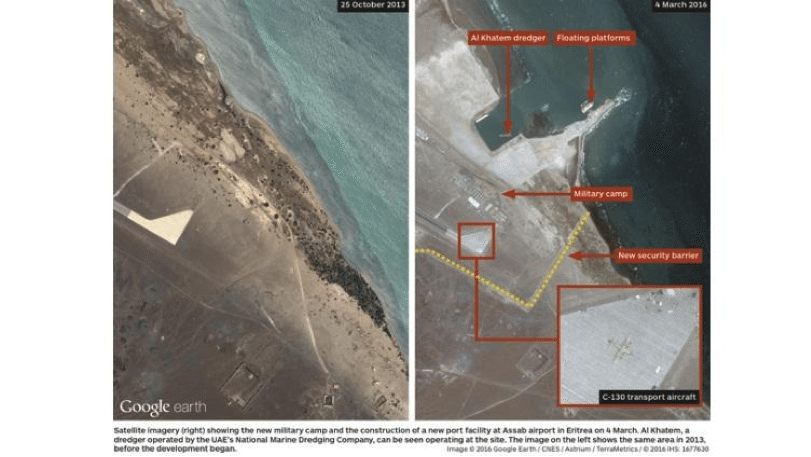 The strategic location of Eritrea makes it of great use for regional players involved in the Yemeni arena. This becomes relevant in that further isolation could have implications for the partners involved, including Saudi Arabia and UAE, could also indicate a continuing spread of the Sunni-Shia antagonism.

Regarding long-term stability on the Horn of Africa, one aspect to watch closely is President Afwerki’s health, as rumors indicate that it have been failing for some time. Factor in the reality that Eritreans are growing increasingly exasperated as the government continues to curtail civil liberties for the sake of the ‘threat of war’, and internal instability could be more likely than cross-border. The recent clash between the two countries demonstrates that a risk of renewed conflict remains. However, security is likely to be bolstered in the short to mid-term by those actors with an interest in the region. Ethiopia has long had international support, and the UAE and other allies with deepening interest in Eritrea are likely to involve themselves if needed. Europe has a strong interest in curtailing asylum flows and would also likely step in to maintain the status quo. While the developing relationships with regional players bring economic benefits to Eritrea, they also serve to complicate the situation by encouraging alliances with regional and international implications.