BY Josephine McKenna, rome 7 JULY 2016 • 10:02AM Swiss border guards were shocked to discover a lanky Eritrean migrant trying to sneak into the country from Italy packed inside a suitcase this week. And a remarkable video of the 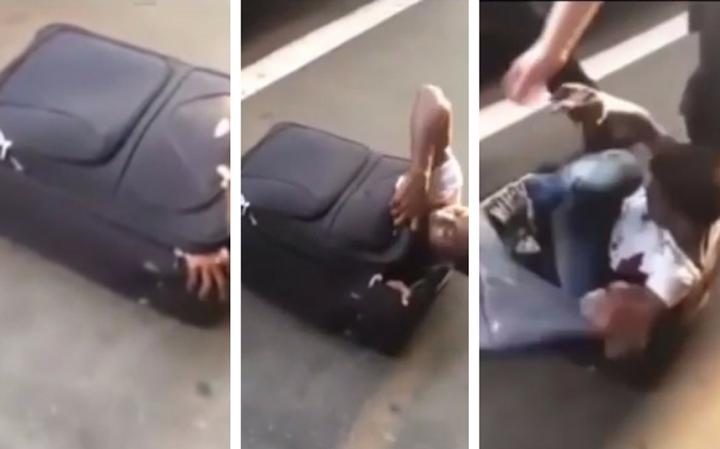 Swiss border guards were shocked to discover a lanky Eritrean migrant trying to sneak into the country from Italy packed inside a suitcase this week.

And a remarkable video of the 6ft migrant emerging from the suitcase has caused a sensation, attracting almost 10,000 views on YouTube.

The 21-year-old migrant was reportedly travelling with a friend on the Swiss-bound train from Milan’s Central station when his hiding place was uncovered on Monday evening.

The man, who was travelling without legal documents, was found when guards boarded the train to check passengers’ documents in Chiasso, a town just over the Swiss border in the southern canton of Ticino.

The guards’ suspicions were aroused by the strange shape and heavy weight of the suitcase, which they immediately removed from the train and placed on the station platform.

“It was not hard to know there was a person inside, given the weight and the movement of it,” Mirko Ricci, a spokesman for the border guards, told Swiss state TV channel RSI.

After the suitcase was placed on the platform, police watched in shock as a human hand came out of the case followed by the migrant’s head.

Then the Eritrean, dressed in jeans and a T-shirt, uncurled his legs and emerged from his luggage like a seasoned contortionist.

He was immediately sent back to Italy with his travelling companion.

The UN refugee agency, UNHCR, estimates more than 70,000 migrants have arrived in Italy by sea this year – 13 per cent of the total number of arrivals came from Eritrea.

On Tuesday alone the Italian Coast Guard said a total of 4,500 migrants were rescued in the Mediterranean Sea off the coast of Sicily in 30 operations.