Rwanda offers to take in Africans abused in Libya

Kigali - Rwanda is willing to provide refuge to as many as 30 000 African migrants suffering abuse and slave-like conditions in Libya, the foreign minister told AFP Wednesday. "Rwanda is currently under discussions 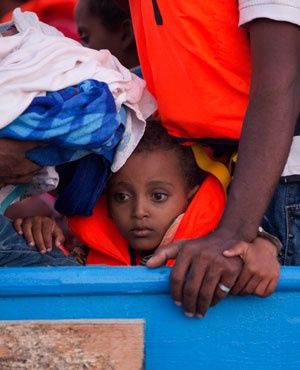 Kigali – Rwanda is willing to provide refuge to as many as 30 000 African migrants suffering abuse and slave-like conditions in Libya, the foreign minister told AFP Wednesday.

“Rwanda is currently under discussions… to see how we can help in welcoming migrants held captive in Libya,” said Louise Mushikiwabo. “It has just been decided so numbers and means are still under discussion but Rwanda estimates the number to be welcomed around 30,000,” she said, adding that this figure “is not confirmed yet but an estimation”.

The African Union (AU) added its voice to the outrage that greeted footage last week of African migrants being auctioned at a “slave market” in Libya, and on Tuesday AU Commission chairman Moussa Faki Mahamat called on African countries to help.

Earlier on Wednesday Mushikiwabo tweeted in response: “For Africans being sold in Libya: Rwanda is small, but we will find some space!”

Mushikiwabo told AFP that, “Rwanda, like the rest of the world, was horrified by the images of the tragedy currently unfolding in Libya, where African men, women and children who were on the road to exile, have been held and turned into slaves”.

“Given Rwanda’s political philosophy and our own history, we cannot remain silent when human beings are being mistreated and auctioned off like cattle,” she said referring to the 1994 genocide in which around 800 000 mostly Tutsi people were killed while the outside world looked on.

Rwanda is a tiny country, roughly the size of Macedonia, with a population of nearly 12 million and Mushikiwabo acknowledged that her nation, “may not be able to welcome everyone, but our door is wide open,” she said.

Rwanda’s offer follows the release of CNN footage of a live auction in Libya where black youths are presented to north African buyers as potential farmhands and sold off for as little as $400.

African migrants, mostly from the west and Horn of Africa make the dangerous journey to Libya with hopes of making it across the Mediterranean Sea to Europe.

Testimony collected by AFP in recent years has revealed a litany of rights abuses at the hands of gangmasters, human traffickers and the Libyan security forces, while many end up stuck in the unstable north African nation for years.

More than 8 800 stranded migrants have been returned home this year, according to the International Organisation for Migration, which is also amassing evidence of slavery.