Russia is stepping up its political and military presence in Africa.

Already the European giant has upped its military ties to the majority of Africa’s nations, including Ethiopia, Libya, Niger and Chad. It’s upped its political influence in Zimbabwe, Madagascar and the Democratic Republic of Congo, 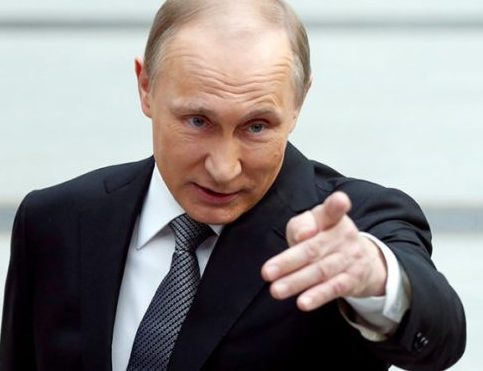 Already the European giant has upped its military ties to the majority of Africa’s nations, including Ethiopia, Libya, Niger and Chad. It’s upped its political influence in Zimbabwe, Madagascar and the Democratic Republic of Congo, and is working on oil and gas projects from Algeria to Nigeria.

Its increasing influence comes as the United States reduces its troops across the continent by 10 per cent over the next few years to counter threats from Russia and China in other areas.

It may be difficult to spell or pronounce, but if the name Yevgeny Prigozhin rings a bell, it’s beacuse he was indicted for interfering in the 2016 US election.

The Russian businessman is also alleged to have helped Russia seize parts of Ukraine and turn the tide in the war in Syria.

Prigozhin is known as Vladimir Putin’s “chef” because of his catering company and links to the Kremlin.

According to Bloomberg, he’s now the man spearheading a deep reach into Africa with an army of mercenaries to take control and gain influence.

Prigozhin and his army of soldiers and operatives are offering security, arms training and electioneering services in exchange for increased control of the region, the media company reported last week.

This can be seen across the continent. In Sudan, the Wagner group has reportedly won gold and diamond concessions.

Egypt has been given a $25 billion Russian loan to build its first nuclear power plant.

Over in Eritea, Russia is planning to build a logistics hub close to Chinese and US bases in Dijbouti.

In Guinea, Russia is supporting a bid by the “authoritarian and impulsive”President Alpha Conde to scrap term limits so he can seek to stay in power after 2020, similar to what President Xi Jinping did in China.

On the island of Madagascar, Russian electon consultants are reportedly involved in a tight presidential race between Marc Ravalomanana and Andry Rajoelina for the top job.

Prigozhin and his men are also expanding their reach into the Democratic Republic of Congo, the continent’s second-largest country and one of the world’s richest in minerals.

During the Cold War, the Soviet Union forged close military and diplomatic ties with many African countries. It was involved in proxy wars in states such as Angola, Ethiopia and Mozambique and helped independence movements fight Western colonial powers.

Russia is now trying to revive some of the relationships that lapsed after the Soviet Union’s collapse. It joins a number of countries such as Turkey and the United Arab Emirates looking to set up bases in Africa, mediate in diplomatic stand-offs and strike business deals.

China has long had a major economic presence in Africa but it has shied away from any military involvement. It did go a step further last year, however, opening its first military base outside China in Djibouti.

Near the world’s busiest shipping lanes, Djibouti is also home to a large French base, the only U.S. base in Africa, an Italian camp and Japan’s only overseas base.

Djibouti blocked Russian attempts to set up a base, however, saying it wanted to avoid becoming the terrain for a proxy war. Moscow is now planning to build a logistics center at a port in neighboring Eritrea.

As part of Russia’s renewed push, Foreign Minister Sergei Lavrov went on a five-nation tour of Africa in March this year, attended a summit in South Africa in June and visited Rwanda, chair of the African Union.

Russia has also struck military cooperation deals with many African countries since 2015, though some have yet to come into force. The agreements typically involve providing weapons and training in areas such as counter-terrorism and piracy.

Analysts caution that the deals often appear more symbolic than transformative and say it’s not clear if Russia has the resources, or desire, to continue expanding its presence.

But as in the Cold War, military deals can come alongside economic links, such as mining and energy agreements. Ethiopia signed its deal in April, a month after Lavrov visited to discuss nuclear energy, agriculture and transportation projects.

Russian firms have signed mineral deals in Sudan, which cooperates with Moscow in defense technology, and Russia is looking at diamond and platinum projects in Zimbabwe as well as energy projects in Chad.

Over the past decade, Russian trade with sub-Saharan Africa has increased fast, albeit from a low base. From 2010-2017, total trade rose to $4.2 billion a year from $1.6 billion, according to the Center for Strategic & International Studies.

During the same period, China’s total trade with sub-Saharan Africa nearly doubled to $165 billion while U.S. trade more than halved to $37 billion.

Originally published as How Russia is taking over a continent