Religion – Isaias Afeworki’s Eternal Weapon to Divide and Mislead People Woldeyesus Ammar The growing popular call of ‘’ ይኣክል! كفى! -- Enough is Enough ‘’ to the cruelties of the Asmara regime by waves of Eritreans 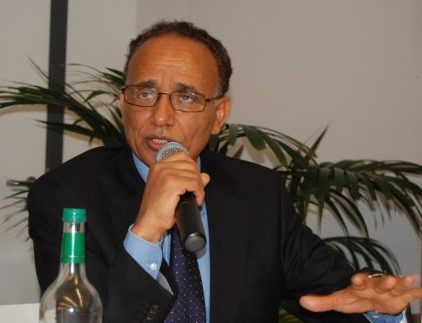 Weapon to Divide and Mislead People

The growing popular call of ‘’ ይኣክል! كفى! — Enough is Enough ‘’ to the cruelties of the Asmara regime by waves of Eritreans at home and abroad is a real threat – probably the final blow – to  Isaias Afeworki’s several decades old dictatorship. And when the threat is real, Isaias Afeworki always uses religion and external enemies as his most trusted and so far effective weapons to fight back.

Dictator Isaias did this in a subtle manner throughout his political life extending to a half century. Recent examples are how he and his clique distorted and manipulated the 2013 incident of an Eritrean army unit led by Wedi Ali and that of a private Islamic school of the great patriot, nonagenarian Haji Mussa, in 2017. May their souls rest in peace.

To again try to use that weapon, the one-man dictatorship’s Ministry of misinformation released on 3 April 2019 yet another official lie. The released statement aimed to win back regime’s former gullible listeners by trying to tell them that Eritrean Muslims and their co-religionists in the region are their enemies. What a shame, and what a shameless regime!!

The Eritrean dictator is not a religious person. He has no religion. Yet, he until this year  knew how to play around religions in order to survive and stay in power.

The 3 April statement by the Eritrean authorities said that enemies of Eritrea are re-organizing ‘’the obscure ‘Eritrean Muslim League’ under the mantle of ‘Eritrean Ulama’s League/Eritrean Rabita-i-Ulama.’’

But why now mention a non-existing Eritrean Muslim League in connection with the formation of a civic organization of Arabic speaking Eritrean intellectuals who have all the right to form such an association?

In simpler terms, the evil regime in Asmara wanted to invoke the word ‘’Rabita’’ – an innocent Arabic word that means ‘league’ or association – in a desperate attempt  to create new a bogyman, a new  enemy at a time when Ethiopia and its ‘Woyane’’ are no more enemies.

Only to stress, it is quite clear to the majority of Eritreans today that the PFDJ statement wanted to appeal to the erroneous and distorted perception built long ago around the Arabic phrase ‘Rabita Islamia’  for the Eritrean Muslim League of the 1940s which, to many elements opposed to Eritrean nationhood at that time, was an organization of ‘traitors’ allied with enemies of ‘‘Christian Eritrea and Ethiopia.’’ But will that Isaias — that old master of deception — succeed to use religion also this time round? Measuring by the political climate building around the call for ‘’Enough is Enough’’, one can assume that the vast majority of Eritreans today are of the belief that he will not succeed.

For the sake of the new Eritrean generation, one should repeat affirming the truth that ‘Rabita Islamia’ or the Eritrean Muslim League of the 1940s was not a negative force, as the dictator in Asmara and his fast dwindling clique repeated and in different forms wanted to mislead people. The Eritrean Muslim League was a great patriotic organization that can claim a lion’s share in the history of the slow and costly growth of Eritrean national awareness. It was around the love for a national Eritrean flag, a National Assembly, an Eritrean constitution with democratic rights, among others,  that Eritrean nationhood was built. The great patriots of the day, on top of them Woldeab Woldemariam and Ras Tessema Asberom, were the closest friends of the Eritrean Muslim League and its energetic nationalist leader, Ibrahim Sultan Ali.

Only to cut a long story short, I will quote below excerpts from my own article posted in Eritrean websites on 19 November 2000, sub-titled: From the Satanic Utterances of Isayas:

‘’… by his own admission, Ibrahim Sultan had to name his party after Islam (“al RabiTa al Islamia”), not because of his religious belief but because he and his group of militants found it the only easy and feasible way of rallying the majority of the Eritrean Moslems for independence [at a time when Ethiopia was winning their compatriots through religious appeal]. Al RabiTa al Islamia was not a party of religious fanatics as detractors insinuated. To my knowledge, Eritrean Moslems have never been fanatics, and in general, never deserved that epithet [to be called fanatics]…… In recent years, when political Islam mobilized masses for fundamentalist wars elsewhere, Eritrean Moslems continued to give deaf ears to any call for Jihad, a stillborn movement in our country, whose nominal existence was aided and abetted by the actions and omissions of the regime in Asmara.

‘’To stress, we never came near to religious strife save the infinitesimal incidents of 1949-50, which were the making of foreign powers, Ethiopia included.  Yet, there have been satanic writings and teachings by Eritreans repeatedly used to make believe that we had ugly mass murders, genocides and ethnic cleansing of worst degrees in contemporary history. [Read this shocking quotation by you-know-who]:

’If I were not aware of our own situation, I would have described the grisly mass murders in Somalia, Rwanda, former Yugoslavia and Liberia as barbaric crimes perpetrated by backward peoples. I would have said ‘we are different, we are not like them’. But what we had gone through in Eritrea was not different from what is going on in other countries. We in Eritrea suffered mass murders, one ethnic and geographic group cleansing the other in a cowardly and inordinate manner. We have now come a long way from that past, and the present and future generations [in Eritrea] who had not seen what we did would be surprised of what is going on in Somalia, Yugoslavia, Rwanda and Liberia. The surprise comes because they did not know what had happened in our country. Seen from this angle, it would appear that the present and future generations would benefit from knowing about it. But unless done in a constructive way, making the new generation aware of a black spot in its history is a bit difficult’.

‘’If you [reader] had forgotten or if you are not aware of who said this and when, you better be reminded. The words were uttered by the Eritrean president, Isayas Afeworki, ‘proudly’ speaking to issue volume 1, number 1 of Reporter, an Amharic language magazine of Addis Ababa published in September 1997. The message was very clear – as clear as a similar poisonous messages he conveyed [in the long past]. …’’

To conclude, this quick writing and the excerpts from a lengthy old article cannot fully depict how much the current dictator in Eritrea has been working hard to divide Eritreans on religious and other bases. However, the time has come that he will not make it. At least I believe so.