ROME - A few weeks ago we breathe some apprehension among Eritrean refugees in Lampedusa welcomed and Agrigento. Among them is , those who feel the island: " Do not leave the reception center , 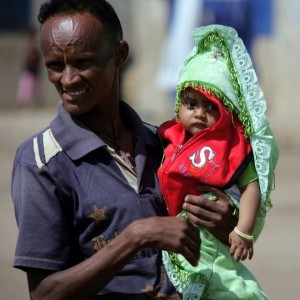 ROME – A few weeks ago we breathe some apprehension among Eritrean refugees in Lampedusa welcomed and Agrigento. Among them is , those who feel the island: ” Do not leave the reception center , because , out there who could identify you .” To arouse the fear is the presence of marked personality affiliated with the Young People ‘s Front for Democracy and Justice ( YPFDJ ) – the youth section of the party outside of the Eritrean regime of Isaias Afewerki – from all over Italy and some European countries. A complaint , a report sent through Monday, October 28 at Francesca Ferrandino and Mario Finocchiaro , respectively prefect and Quaestor of Agrigento , was Father Mussie Zerai , president of Habeshia and responsible for the Pastoral Care of Migrants Eritreans and Ethiopians in Switzerland.

Spies infiltrated the regime as translators . ” It was the morning of Tuesday, October 22 – says Dania Avallone , president of the Asper , Democratic Coordination Eritrea – I was in the police station in Agrigento, when the heated protests of some Eritreans relatives of the victims of the sinking of Lampedusa have attracted my attention. the reason was the presence of some interpreters and cultural mediators belonging to YPFDJ employed by the authorities. We have identified four members of the party and people close to the embassy. once it is clear why the protests , the group was dismissed . ”

A failure of the institutions, in good faith. Among the persons who entered the premises of the police station and identified by activists , Tedros Goytom figure , leader of YPFDJ , specially arrived from Germany. ” These people close to the regime – is to know the Coordination of Democratic Eritrea – have come to Agrigento and Lampedusa offering himself as volunteer translators . On the morning of 22 October , the relatives of the victims were protesting the police station because they understood that in the translation interpreters demanded a fee of 150 euro for the DNA test , which really was not needed . once discovered were turned away . it was an honest mistake on the part of the institutions, dictated by the emergency situation, but until then worked undisturbed and contact with asylum seekers . ”

The system of interpreters. The role of translators, their competence and neutrality are essential in the process of reception of asylum seekers . Great care was above the stage that prevails in the Territorial Commissions , responsible for examining applications and interviewing applicants , where a word makes all the difference . From 2001 to 2012 have been presented in Italy , according to the Interior Ministry , 14,386 asylum applications from Eritreans . Since the beginning of the year, 35,085 immigrants landed on the Italian coast . Of these 8,843 are Eritreans. The translation service is carried out in the Commissions guaranteed by a private company , selected through a call for tender of the Ministry of the Interior. It is currently the interpreters and translators in Cooperative Ltd. ( ITC ) to provide the service , in addition to the myriad of mediators and translators hired or volunteer organizations and institutions working in the different phases of the reception.

That woman embassy. To raise concern about the role of interpreters is Don Zerai , which indicates the presence of a woman, Astier Tesfamariam , close to the Eritrean embassy and YPFDJ . Tesfamariam , until 2009, was among the members of the cooperative ITC while , in 2004, he worked as an external consultant in the project Presidium II of the Italian Red Cross. In order to prevent conflicts of interest , tells the ITC , has been prepared in collaboration with UNHCR a code of ethics that is subjected to every interpreter of the cooperative. In the case of reports based , concerning breaches of the code , it ensures ITC , the interpreter is dispensed from office.

The reaction of UNHCR. The focus remains high even by the UN High Commissioner for Refugees , which collects seriously reports of recent weeks. ” We are aware that there seems to be a formal system that guarantees not only the expertise but also the suitability of the performers – said Laurens Jolles, UNHCR’s Director for Southern Europe – We have tried to deal with this through the adoption of the Code Conduct of a training program and eligibility criteria which take into account in the selection, also the links between the performers and the embassies of origin. Especially in cases such as that of the Commissions or the Police Headquarters , where their role is very important ” .

Compile lists of names and photos of survivors. ” We were very shocked by the recent attempt of certain embassies to compile lists of names and photos of the castaways of Lampedusa – continues Jolles – this will strengthen us even more in the conviction to make a greater effort in finding interpreters , in situations involving asylum seekers , selected in the right way . ” Selecting which in some cases is not done with due care , according to the UNHCR Executive Officer , stating: “In Italy the system of examination of applications works. These are cases that can happen all over the world. In other countries, however, there are departments with specific expertise in the field of asylum and only deal with this . Often interpreters are hired on a permanent basis and no way to make a rigorous selection . in Italy is a bit ‘ more random . firms are used to winning a announcement, which sometimes do not have the necessary precautions . ”

Controversy with the Minister Kyenge . At the ceremony commemorating the victims of the sinking of Lampedusa, on 21 October, was present at the invitation , even the Eritrean ambassador Zemede Tekle . ” A presence completely inappropriate and we brought it to the Minister Alfano – accuses the president of Habeshia – We were commemorating victims fled from their quell’ambasciatore regime that is .” However, the presence of the Tekle in Lampedusa is not the only ‘ incident ‘ . On 15 October, in fact , the Minister for Integration, Cecile Kyenge has received , among others, Deres Araya , self-styled head of the Eritrean community in Italy. That part of the community very close to the government in Asmara . ” A minister of the Republic who receives such people – continues Zerai – together with a delegation of supporters of the regime , does nothing more than legitimize them . Given the above context. We have done this to the Minister Kyenge , who received us , and took note of our reports . told us that it is required to have all parties who request it . a response that has left me perplexed and I was not expecting . ”

The bodies unclaimed. Meanwhile , the scale of the tragedy has also reached the impenetrable average Eritreans. The Italian Foreign Ministry continues to receive strong pressure from the embassy of Eritrea for the delivery of the bodies of the victims . The victims themselves who, by definition , Asmara called traitors. There is thus a network of control , at home and abroad . The refugees arriving from Eritrea about the consequences of an identification . Fleeing from a country isolated from the international community , militarized and perpetually in a state of mobilization , due to the perpetual tension on the border with Ethiopia cousin . For every citizen , 18 years old, started a military that has no end . A people literally enslaved . Anyone who is a criminal and escape deserter. The control system of dissent using all means necessary : arbitrary arrests and detentions , disappearances, summary executions and torture.

The political prisoners are about 10 thousand. Amnesty International estimated that 10,000 political prisoners held by the government of President Afewerki , since its rise to power in 1993. Those who rebel , even just trying to escape , he must face the imprisonment, torture and forced labor . Beaten with metal bars every night , bound and abandoned in the sun for 55 days or locked up in solitary confinement , according to some of the testimonies collected by the organization. When the scheme is not able to hit directly , pointing to their relatives at home , fined or jailed . The experts of the Monitoring Group of the UN arms embargo imposed on Somalia and Eritrea reported , already in 2011 , the presence of an efficient intelligence network , which was responsible for raising funds for the regime and control the diaspora and the potential risks of an opposition to the government .

The propaganda through the YPFDJ . After the student protests of 2001 and the subsequent repression , Asmara gave birth in 2004 to YPFDJ , Appendix youth of one-party rule . The intent is the same sought at home : indoctrinate and mobilize the younger generation grew up in exile, who have not participated in the war of independence, so they adhere to the mystical nationalist regime. The organization allows the government to pay off the bonds with the communities in exile and bring them closer to diplomatic institutions and the offices of the party spread throughout the world : ” The members of the YPFDJ – says Avallone – are mostly second and third generations . Sons of the first diaspora supporter of the struggle for independence . a just cause , which then degenerated into Afewerki regime . ”