My Fellow Eritreans, I am writing this as a deeply concerned Eritrean. I thought it is extremely important to understand the grave situation our country finds itself. Moreover, why are we not united as Eritreans 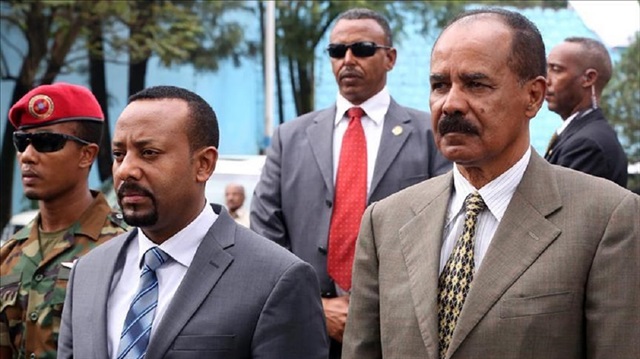 My Fellow Eritreans, I am writing this as a deeply concerned Eritrean. I thought it is extremely important to understand the grave situation our country finds itself. Moreover, why are we not united as Eritreans to defend our country? What is going on in Eritrea is unique, and dangerous. We have seen many dictators in Africa, and elsewhere come, and go. They kill their own people, destroy the economy, and steal the country’s wealth. At the end, they will either be overthrown from power, or die naturally. At that point, the people may have an opportunity to put in power a democratically elected leader. In the case of Eritrea, it is very different. We have a dictator not only wants to destroy the country, and kill its people to stay in power, but also wants to kill the nationalism inside Eritrean harts, and hand  Eritrea to Ethiopia. This makes it different, and extremely dangerous. We will not have a second chance to rebuild our country, and put in place a democratically elected leader, even if he dies of a natural cause. And he told us in Gonder that he is not worried about that, because he is going to leave Eritrea on Adiy’s hand. If that happens what can we expect? We can ether become part of Ethiopia, and be swallowed by over 105 million people, and live as a second class citizen in your own country, or start another struggle for independence. Nether of this should be an option for us. Because over 90,000 of our Brothers, and sisters has sacrificed, and hand us independent Eritrea. What is going to be our roll at this time? I believe no Eritrean would like the above choose. So why we are not united in saving Eritrea? Many of us are organized in many different groups. However, their objective is the same. To create a democratic government in Eritrea. And that means the Eritrean people will elect their own leader. And if any of the political groups want to run for office, they can do so as the constitutions allows. If that is the case, what is preventing us from working together towards a common goal? I think we need to think a little deeper. No one group can be successful in turning the current situation in Eritrea. The independence of Eritrea was achieved because we were united agents a bigger, and well supported enemy. If we do not realize this, and take action rather quickly, we will live to regret it. We need to respect each other, even with those of a different opinion from ours. We need to engage in a constructive dialog, and not name-calling. I ask the representative of all different groups to connect with each other, and create a united front. What we are missing is a structured political organization that can unite all Eritrean people in diaspora, which will work hand to hand with our people in Eritrea. We need to communicate with our people in Eritrea, without endangering them. We should discourage them from leaving the country. I also call upon our singers to do their part. We all know the critical part the revolutionary songs played in our struggle for independence. I do not think it is difficult to get rid of the few dictators from Eritrea if we put our heart into it.

Liberty and Peace for Eritrean people.