Eighteen years since the abandonment of the “ratified” constitution, and PFDJ triggered engagement in multiple border wars with Eritrea’s neighbours, the struggle by the Eritrean opposition parties against the authoritarian regime is yielding fruition evidenced 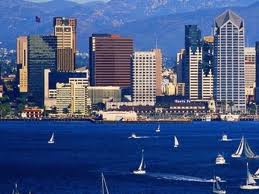 Eighteen years since the abandonment of the “ratified” constitution, and PFDJ triggered engagement in multiple border wars with Eritrea’s neighbours, the struggle by the Eritrean opposition parties against the authoritarian regime is yielding fruition evidenced by the palpable movement, and sizable mass convergence to Geneva on June the 23rd 2016.  The heroic exposition of the crimes against humanity committed by the regime for the past 40 years presented in a series of Smerrr Paltalk deliberations by the compatriot penamed “Mr. Foro” who started the truth and reconciliation testimonials in his own person- is a tangible sign that the regime’s days are very numbered.

The only thing missing in the formula is the lack of a united political as well as civic societal leadership capable of transforming the generated energy into a concrete People’s assembly to deliver a united message to the international community in a single paper.  As the saying goes in Tigrigna, “Kimble belember aytekaewen” (spilled but not emptied), it is not too late to organize a tripartite alliance of political, civic and people’s committees forming a single entity, with a single document in support of the Inquiry commission for Human Right violations by PFDJ. In the coming UN Security Council session in New York, the tripartite alliance can score a serious blow to the regime, paving the way towards establishing a common functional assembly, acceptable by all parties.

On the afternoon of August 6, 2016, I will hold a public meeting in San Diego California to share my experiences with Eritreans in the city and its vicinities. It’s time to start multifaceted conversations between all concerned Eritreans who want to save the nation, and establish democratic constitutional governance in Eritrea. My presentation will be followed by Q & A session and discussions on issues including: