Background: A pro-bono visit was made to the migrant refugee camp outside Calais on Sat 23rd July, at the invitation of a volunteer legal project currently based there, by 3 UK EHOs, who collectively have visited/inspected permanent/temporary/unauthorised 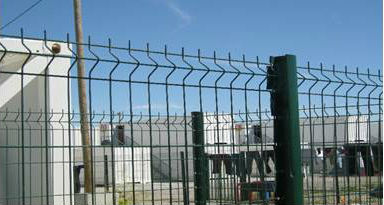 A pro-bono visit was made to the migrant refugee camp outside Calais on Sat 23rd July, at the invitation of a volunteer legal project currently based there, by 3 UK EHOs, who collectively have visited/inspected permanent/temporary/unauthorised traveller/camping/caravan/mobile home sites across England and Wales, as well as the Glastonbury Festival, and are also widely travelled and experienced in visiting/inspecting unplanned urban settlements occupied by disadvantaged communities across Africa, Asia and the Caribbean.  The aim was to report on any alleged significant public health/human rights issues affecting those in residence, and also advise where appropriate on potential solutions.

We were shown around by a number of UK volunteers and refugee representatives, and spoke with many site residents as we inspected the site.

Initially, however, we consider it inappropriate to expect buildings/businesses to meet local/national/EU regulatory standards  given the absence of state-provided infra-structure i.e. mains water, water/waste/refuse storage/disposal, etc., and would anticipate that officials should utilise a degree of flexibility/restraint to ensure that vulnerable people, especially young children, are able to be adequately (for the time-being) fed/housed, given that this is an emergency situation arising from war/trafficking/long-distance and unsafe migration, together with other traumas.  We consider it is particularly important in such circumstances to demonstrate that short-term political interference has not prevented appropriate responses from being made.

We were on site for around 4 hours, and this report needs to be read as an overall summary of findings given this time constraint.

First, we saw the main – crudely paved – street, lined either side with single-storey shops/other commercial and volunteer premises.

Residential accommodation was located along rough tracks radiating away from the main street, and structures varied from old caravans and a range of newer communal and smaller individual tents, to a variety of insubstantial shanty structures principally constructed from timber framing and plastic sheeting.  One area comprising adapted large metal containers was fenced off, and said to be where many of the vulnerable/unaccompanied children were housed.

A number of significant potential health hazards were identified, and these are summarised below:

On several occasions, we were enveloped by an unpleasantly strong odour of decaying refuse.  There were no obvious visible sources when this happened, suggesting that what we could actually smell was the result of long-term degradation associated with former landfill usage beneath the earth’s surface.

We were not provided with a long-term history of the site, and would recommend that this be obtained from the relevant authorities.  In particular, was the site effectively controlled when in use, or could illegal dumping of potentially hazardous chemicals/substances have possibly occurred?  Can details of any gas monitoring, soil analysis, post-dumping remediation etc undertaken be obtained?

The day of our visit was warm and free from rain.  The site surfaces were generally dry, but some foul polluted puddles/ponds of septic water were noted at various points in the shanty-style areas.  A few attempts at digging surface water collection channels were also seen.  However, there was no evidence that any effort had been made to capture/dispose of large quantities of rain water, and photographs we saw indicated that unpaved areas away from roads/hard-standings could very quickly become muddy/slippery/unhealthy/inadequate to support structures.

The smelly water ponding and blocked watercourses we noted were all fly-blown, and could also provide a good breeding ground for mosquitoes.

Adjacent to the old landfill, tents and structures were also precariously constructed on sand dunes, which provide inadequate support, leaving these in danger of being washed away.  These potential problems are likely to be exacerbated because some WCs and other facilities were also located on the sand, with no hard-standings for the toilets, leading to potential sewage spillages if they fall over.

We saw around 50 free-standing chemical WCs, which were said to be cleaned/emptied daily.  Whilst these all smelt fetid, they were generally serviceable, with only 2 considered unusable due to dirty condition.  However, there were no hand-washing facilities adjacent these WCs.

We saw 3 crudely enclosed water-points that appeared to be in use for hand/body washing and personal laundry.  None of these facilities were provided with effective drainage, which created water pooling as described above.

In addition, there were also drinking water troughs – not all in use – and many were impeded by dumped tins, disposable cups etc. Drinking water was also seen being transported around the site in old plastic containers of unknown history.

No working communal showers identified during our visit.  Alleged that police had disconnected/removed LPG water-heating equipment from one such facility.  Everybody we spoke with complained about inadequate/absent showers.

Many people we spoke to on site were particularly perplexed about the recent closing down of various food-outlets, including a voluntary-run facility – allegedly by the police on hygiene/regulatory compliance grounds.  A volunteer worker at one such location explained that they had been asked to produce site planning permission and details of tax payments.  It was suggested that the authorities did not welcome profitable commercial activity on the site.

We inspected 2 communal kitchens that had been shut and another still in operation (said to be ‘well-guarded’).  In reality, there appeared to be little difference between them.  It is difficult to believe that authorities really consider that local commercial hygiene standards can be achieved on a shanty-style site like this.  In addition, are police the appropriate authority for food hygiene matters?

We did consider that, whilst structures/surfaces were below a standard that would ordinarily be acceptable, a lot of effort had been taken to keep these as clean as possible.  Much of the food provided was simply heated up tinned products, and the cooking utensils were metal/hygienic.  All had portable/permanent water supplies/wash-points provided.

The biggest issue was the disconnection/confiscation of LPG bottles containing the fuel to run the gas burners/cookers – allegedly on safety grounds (see below).

The facilities in use were typical of what might be seen on camping/caravan sites across the EU.  It would be straight-forward, if deemed necessary, for these to be checked for safe operation., which we would certainly recommend. The LPG supplier could also provide secure fenced areas for storing new/used gas bottles in a designated area on the site.

The layout/construction/design of buildings across the site could lead to rapid spread of flame/smoke should a fire start.  We did see one building that had been partially destroyed in this way, said to have been associated with a recent street brawl in the location.  A number of extinguishers were present around the site.

In denser parts of the camp, it would be difficult for the fire authority to reach any incident, and as structures are so close together, a conflagration would be likely to spread with relative ease.

We were told that black sacks of rubbish are collected daily from the site.  Given the lack of storage containers, the site was surprisingly free of dropped/wind-blown litter/refuse, but the provision of storage compounds at strategic locations would assist.

Conditions on the site were ideal for harbourage/feeding of vermin.  We were told that a major treatment programme for rats/mice had recently been undertaken, and we saw no evidence of any significant current/active infestations.

We were unable to review the question of insect problems e.g. cockroaches/flies/bed bugs/fleas/lice/mites/wasps etc., but saw no obvious problems apart from those associated with foul standing water.

We only had access to one temporary home during the visit.  This had been occupied by a family of 6 – recently reduced to 3.  It was a typical d-i-y style structure, appeared fairly rain-proof, but was open and unprotected against the cold or intense solar heat-gain.  It included an open/enclosed area of land for general domestic use.

In places, small structures were noted that might have been individual pit toilets or shower cubicles – presumed with no drainage provision – but this could not be confirmed during our visit.  Also likely to be particularly problematic following significant rainfall or where insecurely located on sand.

Away from the main streets, there was no lighting available, thereby facilitating the potential for physical/sexual assaults.

It is considered that this camp provides, at least in the foreseeable future, a semi-permanent settlement for various migrants/refugees.  It is clear from at least three distinct areas i.e. hospital/women’s camp/container accommodation, that residents are anticipated to be present for some time.

We have had sight of previous commentary on the site by the University of Birmingham, and a summary of a court case in Lille heard last November.  It is, in our view, common ground that the conditions on display are potentially seriously detrimental to the health of the residents, and it is unclear why the authorities have not made greater efforts to improve the situation.

In the circumstances, we are concerned that more has not been done to enhance the basic infra-structure of the site (especially shanty-style areas) to meet basic/achievable standards.  These include suitable/sufficient: