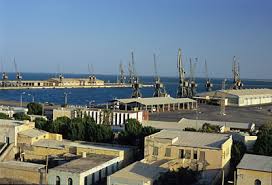 In 2015, the Eritrean government granted coastal land to United Arab
Emirates (UAE) for a military base to use in the war against Yemen.
These lands are the traditional territory of the Afar, an indigenous
people, who have used them for thousands of years.

Eritrean Afar National Congress (EANC) calls on all civilized people
of the world to stand up for justice and stand up for humanity.  We
ask you to join hands with Afar in solidarity to denounce UAE’s and
Eritrea’s criminal conduct!