PRESS RELEASE: 12TH MARCH 2018, THE HAGUE, NETHERLANDS On the occasion of International Women’s Day, Eritrean women residing in 10 different countries in Europe convened on 8-10th of March in The Hague, the Netherlands for a 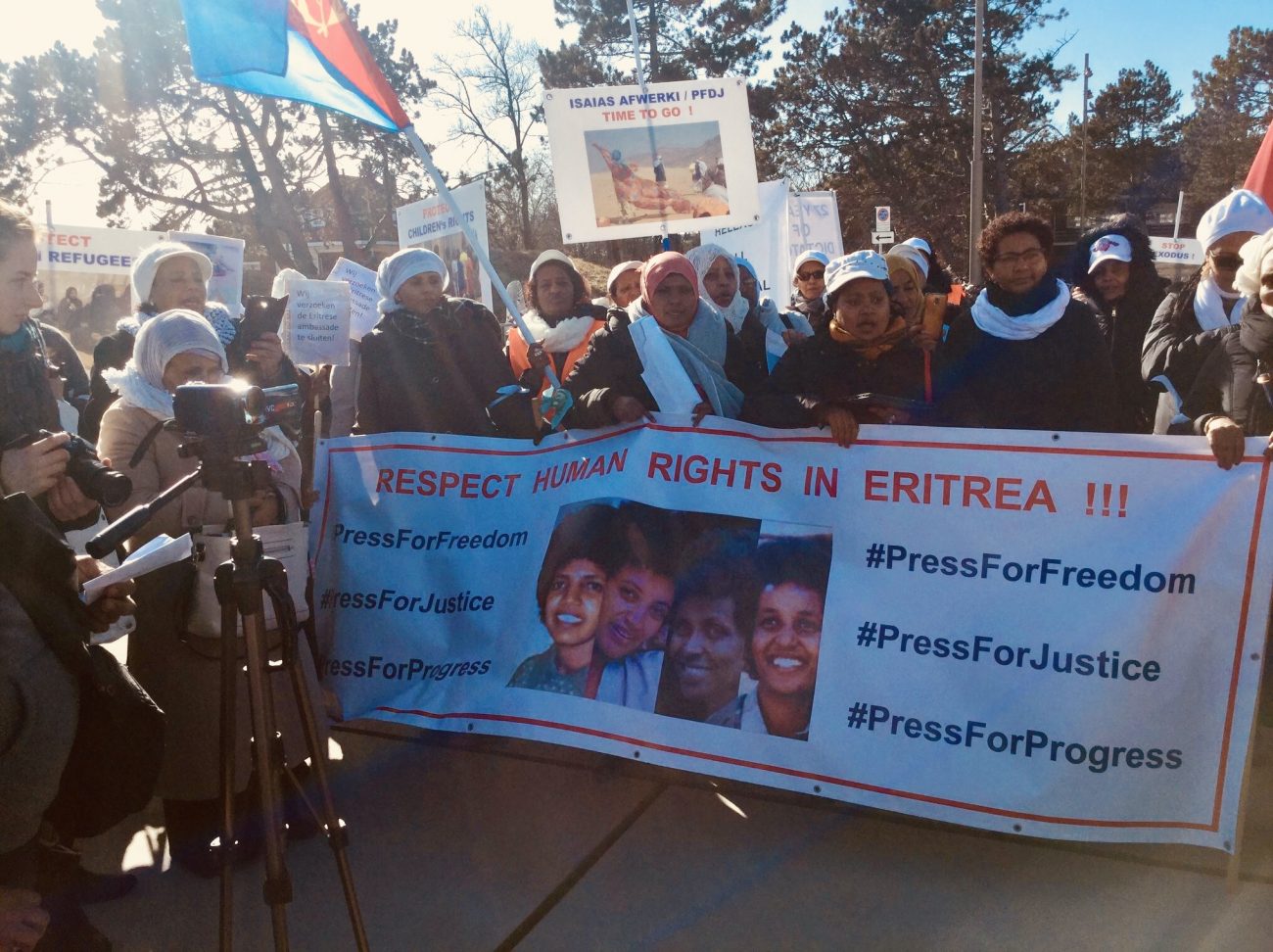 On the occasion of International Women’s Day, Eritrean women residing in 10 different countries in Europe convened on 8-10th of March in The Hague, the Netherlands for a march from Central Station to the International Criminal Court (ICC) under the banner of “Respect Human Rights in Eritrea”, followed by a two day conference of historical importance and magnitude discussing the current situation of Eritrea in general, and in particular situation of women at home, along migration routes and in the diaspora.

The March and conference celebrated and reflected Eritrea’s diversity with representatives from several women’s organisations that included the youth, veteran freedom fighters, professionals and activists. Some of the accomplishments of the event were the following:

The Conference provided an opportunity for participants to know one another and to exchange experiences and social challenges that women face in Eritrea and refugee camps including all forms of gender based violence.

Concerned with the ever-worsening vulnerable situation of the Eritrean people, the Conference dedicated substantial time for discussions on the deteriorating state of the nation and concluded by underlining the fact that all opposition groups and the women’s organisations have to come together to campaign and bring about a lasting solution to the current dire situation in Eritrea.

The conference has strengthened Eritrean women’s solidarity in Europe and across the globe.

Finally, we would like to thank all organisations and individuals who supported us financially and morally including all platforms of Eritrean media in the diaspora. Your assistance has enabled us to take our initiative further to the next level.
#PressForFreedom     #PressForJustice    #PressForProgress